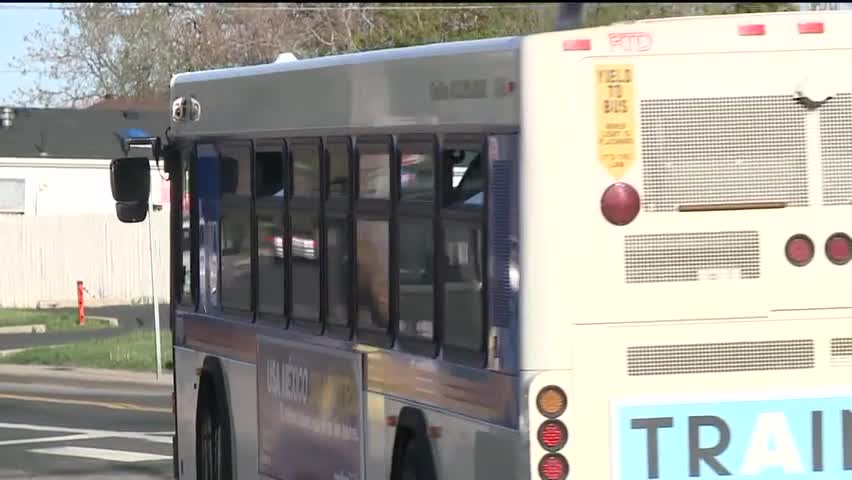 DENVER -- A family was left wondering what happened to their 16-year-old granddaughter on her way home from the bus stop Sunday about 9 p.m.

They said her face was so badly injured under the skin that she needs reconstructive surgery. She also has bruises down the right side of her body.

SEE ALSO: 1400 pounds of marijuana found inside coconuts at the US-Mexico border

The last thing 16-year-old Brookelynn remembers was getting off the bus and crossing the street at South Federal Boulevard and West Exposition Avenue.

She had just started working at a nearby Wal-Mart and was on her way home after a shift. She called and told her grandmother to meet her for the walk home from the bus stop.

"The last thing I remember was crossing the street on Federal and Exposition," she said.

When her grandmother, Ruth Harrison, showed up, she couldn't find Brookelynn.

"And I'm waiting, waiting and waiting, and I don`t see her," Harrison said.

Teen seriously injured on way home, doesn't know what happened
Up Next

Brookelynn somehow ended up four blocks from home, on a sidewalk near South Hazel Court and Exposition Avenue. She was confused and swollen. Someone stopped to help and called 911. When Brookelynn came to, she called her grandmother.

"She's like 'I don't know, but my face hurts really bad and there's a lot of policemen here,'" Harrison said.

Was she assaulted or perhaps hit by a car or truck? They just don't know.

"The unknowing, like oh my goodness," Brookelynn said. "They could've killed me and just left me there in the street just like, oops, whatever."

But the family is hoping a witness or anyone with information comes forward.

Harrison said Brookelynn is set to have surgery Friday. The Denver Police Department is actively investigating the case.

More from AOL.com:
Lucy Liu opens up about her nontraditional family and the best advice her mother gave her
Director Rob Reiner rips into 'crackpot' Donald Trump
What he did to his prom date is so disturbing, he's now facing 25 years in prison