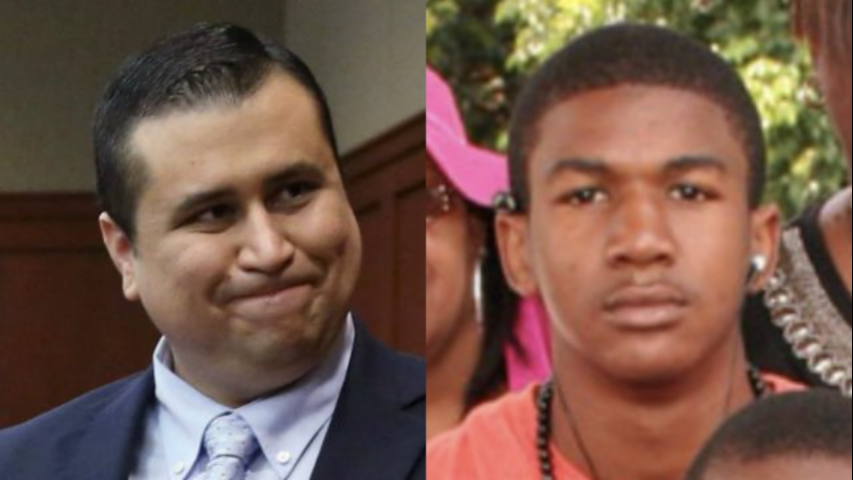 Online bidders drove the auction price of the gun George Zimmerman used to shoot and kill 17-year-old Trayvon Martin up to more than $65 million dollars on Friday.

Zimmerman announced he was putting his gun up for auction on Thursday in order to help earn money to fight back against Black Lives Matter and Hillary Clinton. After gunbroker.com pulled his initial listing, he re-listed the firearm on unitedgungroup.com.

SEE ALSO: Stepfather arrested for the 2002 disappearance of Jahi Turner

On Friday morning, a bidder by the name of Craig Bryant entered a bid of $65,039,000. Earlier a bidder named "Racist McShootFace" placed a comparably high bid, before the auction site suspended the account, according to other reports.

Zimmerman described the gun as "an American Firearm Icon," and claimed that the Smithsonian Museum had expressed interest in displaying the gun, a claim the museum denied on Thursday.

See the firearm Zimmerman is selling

Price of gun Zimmerman used to kill Trayvon Martin skyrockets to $65 million
Sanford police officer Timothy Smith holds up the gun that was used to kill Trayvon Martin, while testifying during George Zimmerman's murder trial in Seminole circuit court in Sanford, Florida, June 28, 2013. REUTERS/Joe Burbank/Pool/File Photo
Dr. Vincent DiMaio, a forensic pathologist and gunshot wound expert, describes the injuries of George Zimmerman while testifying for the defense in the trial in Seminole circuit court, in Sanford, Florida, July 9, 2013. REUTERS/Joe Burbank/Pool (UNITED STATES - Tags: CRIME LAW)
Assistant state attorney Bernie de la Rionda shows the gun used by George Zimmerman while presenting the state's closing arguments to the jury during Zimmerman's trial in Seminole circuit court in Sanford, Florida July 11, 2013. Zimmerman has been charged with second-degree murder for the 2012 shooting death of Trayvon Martin. REUTERS/Gary W. Green/Pool (UNITED STATES - Tags: CRIME LAW)
Florida Department of Law Enforcement analyst, Amy Siewert answers questions on the witness stand while holding the gun used by George Zimmerman in the 2012 shooting death of Trayvon Martin during Zimmerman's second degree murder trial in Seminole circuit court, in Sanford, Florida, July 3, 2013. REUTERS/Jacob Langston/Pool (UNITED STATES - Tags: CRIME LAW)
Matthew Apperson, 35, makes his first appearance in Seminole County court at the John E. Polk correctional facility in Sanford, Fla., on Saturday May 16, 2015. Apperson was charged Friday with aggravated assault with a deadly weapon, aggravated battery with a deadly weapon and firing a deadly missile into an occupied conveyance stemming from an incident involving George Zimmerman earlier in the week. (Joshua C. Cruey/Orlando Sentinel/TNS via Getty Images)
Vehicle believed to belong to George #Zimmerman hauled from shooting scene #fox35 http://t.co/EtJduC9hiA
A witness says the alleged shooter who is a white male complied with Lake Mary police and was taken away.#wesh http://t.co/SSoLfyzJME
.@LakeMaryPD Chief Steve Bracknell said Zimmerman is being released from a hospital in Sanford now. Zimmerman did not shoot in the incident
LOS ANGELES, CA - JULY 20: A woman holding a can of ice tea and bag of Skittles candy and hundreds of protesters take part in a 'Justice for Trayvon' vigil outside Los Angeles Federal Courthouse July 20, 2013 in Los Angeles, United States. The vigil, along with others held nationwide, was organized by the National Action Network and called for federal charges to be filed against George Zimmerman in the shooting death of teenager Trayvon Martin. (Photo by Kevork Djansezian/Getty Images)
People angry at the acquittal of George Zimmerman in the death of black teen Trayvon Martin protest outside City Hall in Los Angeles, California July 16, 2013. A jury in Sanford, Florida last week found Zimmerman, a volunteer neighborhood watchman, not guilty of shooting dead Martin, a 17 year-old unarmed teen on the night of February 26, 2012. AFP PHOTO / ROBYN BECK (Photo credit should read ROBYN BECK/AFP/Getty Images)
Up Next

He claimed he wanted to use the proceeds to fight Black Lives Matter violence, referencing "BLM sympathizer Matthew Apperson," who tried to shoot Zimmerman last year.

"I am proud to announce that a portion of the proceeds will be used to: fight BLM violence against Law Enforcement officers, ensure the demise of Angela Correy's persecution career and Hillary Clinton's anti-firearm rhetoric," he said in his description of the gun.

SEE ALSO: They stumbled across a painting in their attic and now they may be $136 million richer

"Now is your opportunity to own a piece of American History. Good Luck," he added.

The second highest bid as of Friday morning was $485,000.00, placed by a bidder identified as Brez Morrell. Another bid for $430,000 was placed by a person claiming to be Tamir Rice, likely a reference to the 12-year-old shot and killed by police in Cleveland while he was holding a fake firearm.

More from AOL.com:
Zimmerman relists gun used to shoot Trayvon Martin after auction site shuts him down
Child in Detroit fatally shoots herself with gun found in grandmother's home
Man learns he accidentally shot himself 3 days after the incident occurred