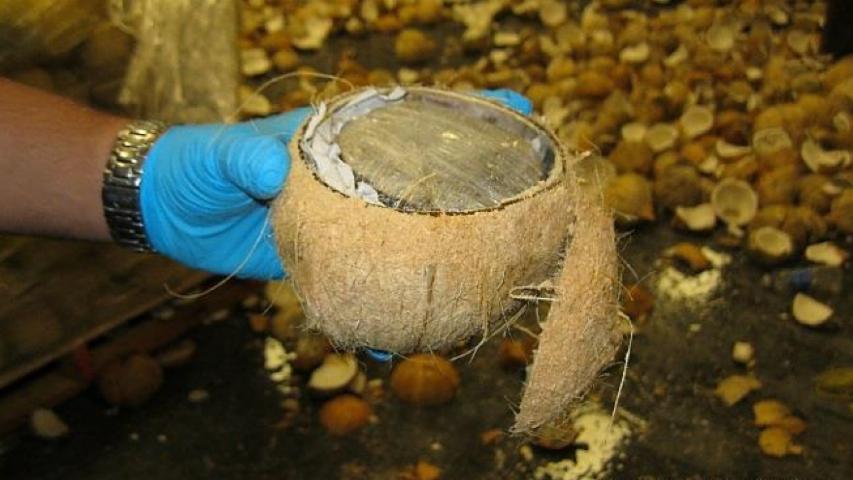 More than 1,400 pounds of marijuana was discovered inside coconuts at the U.S.-Mexico border.

Border patrol agents found the drugs inside a commercial shipment at the Pharr International Bridge cargo facility near Hidalgo, Texas.

A non-intrusive imaging inspection and canine units led them to the more than 2,400 individual packages worth over $285,000.

Apparently, hiding drugs inside produce is a favorite for smugglers.

Back in March, more than 700 pounds of marijuana was discovered inside a shipment of broccoli.

And in January, more than 2,000 pounds of marijuana was packaged to look like carrots.

More from AOL.com:
DJ Gazzo dishes about his rich musical history
813-karat diamond was just sold as the most expensive diamond in the world
Search still on for 5-year-old who vanished after tornado 69 years ago