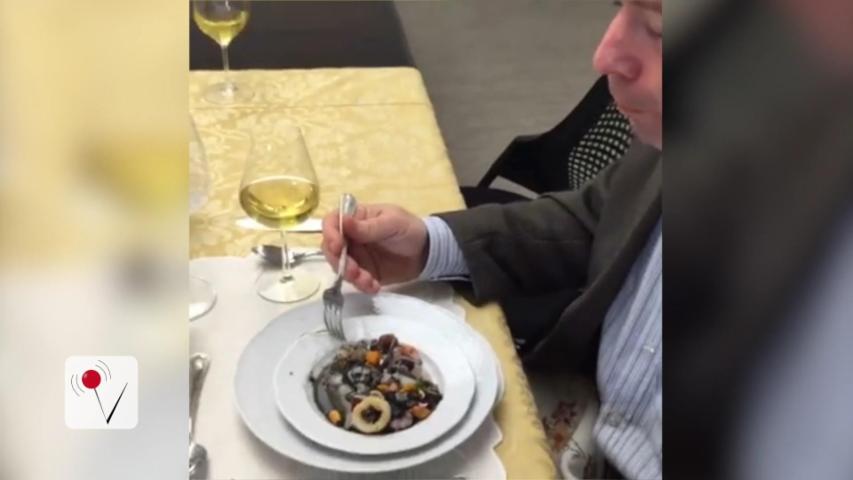 A Washington Post columnist had an extremely literal take on "eating his words."

Dana Milbank had an audience of more than a thousand users on Facebook Live as he chowed down on his article, in which he wrote, "Americans are better than Trump."

The stunt was streamed by Milbank himself, after he promised he'd eat a newspaper column if Donald Trump became the GOP pick.

With Trump as the presumptive Republican nominee, Milbank kept his word and feasted on the paper.

An article published by STAT reported that eating paper wouldn't pose any serious harm, but it probably shouldn't be incorporated into a regular diet.

The paper must have been dry, because to wash it down, Milbank sipped on a glass of Trump wine.

Milbank still holds out hope that Trump won't be elected president in November, though he's said he'll wait to see how his body digests the column before promising to eat any more of his words.