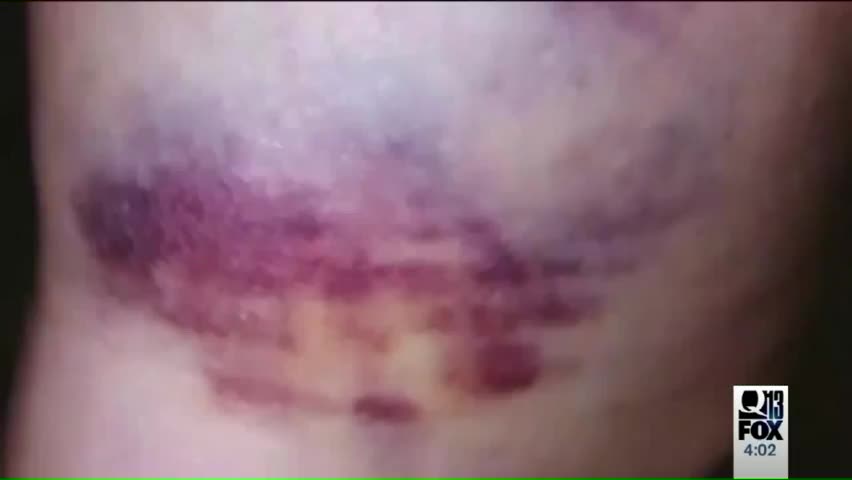 KENT -- Kent teachers frustrated with growing violence inside their classrooms will fight for changes at a school board meeting Wednesday night.

A mom to an 11-year-old Susan Johnson is in disbelief that another Kent student her daughter's age bruised, bit and cut a teacher.

"It should not be tolerated" Johnson said.

Kent teachers say more and more elementary school kids are getting violent with them in the classrooms. And the problem is not just with special needs kids.

Teachers say the disruptive child is often immediately put back in the classrooms without getting the proper discipline and help.

See the injuries sustained by teachers below:

And parents are worried about the long-term effects to other students forced to witness the assaults.

"It can affect these kids mentally and emotionally," Johnson said.

"A behavioral interventionist could work with a student one on one," Padilla said.

"We are listening to our teachers and negotiations process what it is specifically they want to be changed," Kent Schools spokesperson Chris Loftis said.

The two sides are in the middle of contract talks and the district says they are brainstorming ideas. But the teacher's union says they have seen no progress so they will push the issue harder starting at Wednesday's school board meeting.

"Teachers are being taken to the hospital; we have medical records," Padilla said.

Four of the six were teachers. The number only captured the incidents deemed a "chargeable offense." In 2014 to 2015, 3 employees were injured and the year before that there were 5 reported injuries to police.

In contrast, the union says a recent survey of 477 teachers shows 30% reporting they were physically assaulted by a student in some way.