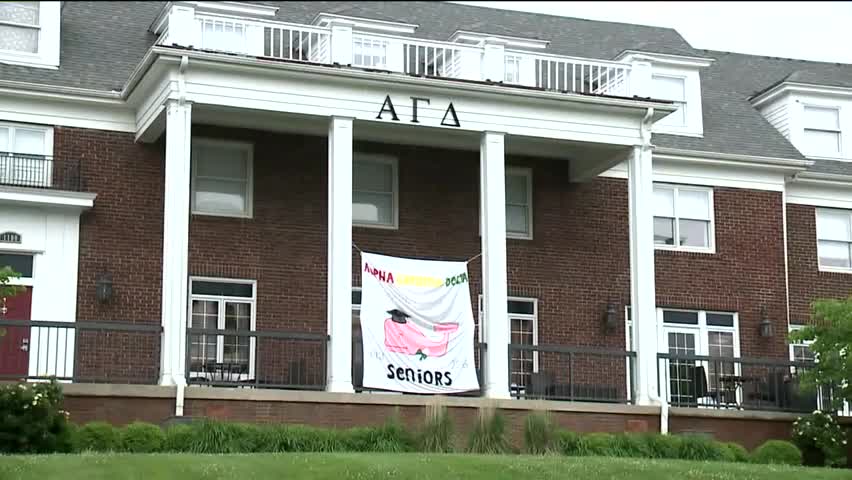 Court records do not list the 20-year-old victim's name, but FOX 4 learned she is a member of the Alpha Gamma Delta Sorority.

FOX 4 asked to learn more about the woman from her friends and classmates, but received this statement from Christi Vawter, the Director of Communications & Marketing for Alpha Gamma Delta:

"Privacy should be granted to any victim of a violent crime. Our thoughts are with the victim, and we will keep this young woman, her family and her friends in our thoughts as she works to heal emotionally and physically. Out of respect for the safety and privacy of all of our members and University of Kansas students, we ask that you do not approach our members, on or off campus. Our members and our organization will have no further comment."

FOX 4 also reached out to Douglas County District Attorney Charles Branson who said "because this case has not gone to preliminary hearing I am not comfortable giving any statements at this time." Branson said that could change as the case moves forward.

Allen's defense attorney also declined an on-camera interview, but said, "It is early in the process but we're looking forward to seeing how this plays out."

The suspect's mother Kathy Allen said there are two sides to every story. She said, "There is a lot to it and there's so much more than what the affidavit shows because the fact of the matter is that they only show one side and that's the side of the alleged victim. They don't even bother going to the other victim and that is the mentally ill kid that's in jail. Shane has the emotional maturity of a 12-year-old so right, now that's what we're dealing with."

Allen said she and Shane's father have been aware of their son's mental health issues since he was young and have tried to get him help for years, but can't afford to since he's been denied coverage through Medicaid, and since he's aged out of his mother's insurance coverage. "If they don't qualify for federal social security disability, they are just simply turned down for health insurance in Kansas. Shane just got turned down again for KanCare, and this was after he'd already been arrested."

Allen did not comment on or try to justify anything related to the case, she said she just wanted to bring awareness to her concerns about her son's mental health issues. "If he had health insurance and was able to get regular medical attention, he would not be in jail today."

FOX 4 also talked with the Willow Domestic Violence Center. Kristine Chapman said, "Domestic violence in all of its forms is something very serious and insidious."

Chapman doesn't blame the Tinder app, but warns there needs to be caution when meeting someone new and feeling them out:

"The rise in apps like Tinder is being able to put people together that would've not necessarily connected otherwise. Most of the people on places like Tinder are looking for a connection, they're not looking to harm anybody at all, but it is really scary, the possibility of meeting somebody who might very well have some really bad, bad intentions."

Allen remains behind bars. His bond is set at $100,000 and the preliminary hearing is set for June 24.