Peyton Manning may want to coach for Tennessee 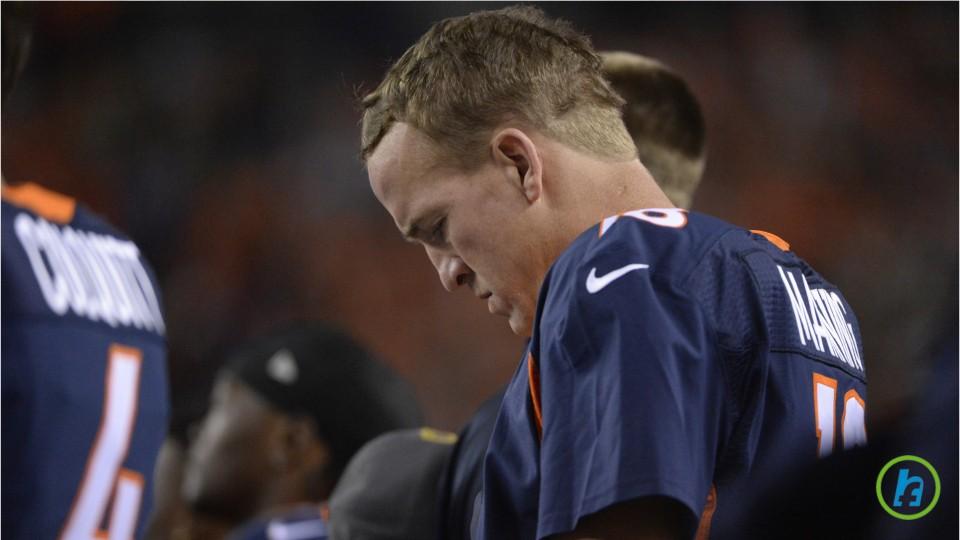 Since announcing his retirement from the NFL following 18 magical seasons, Peyton Manning's future has been the topic of conversation across the league. From reports of him entering the media arena to taking over control of a team in the front office or owner's booth, people are wondering what the next step will be for the two time Super Bowl champ and five time MVP.

While everyone seems to think Peyton Manning's future is in the pros, there is a chance he may be ready to return to school for his alma mater, the Tennessee Volunteers. Bleacher Report's Mike Freeman says his sources believe that Manning wants to be on the sidelines coaching for the school that he shined at two decades ago:

I keep hearing that Peyton Manning wants to coach his alma mater. Over and over, I hear it from NFL people I trust. I don't know if it's accurate.

Manning had said in years past that he would have an interest in coaching someday, however stopped short of saying he wanted to be a head coach and would like to focus on handling quarterbacks. Manning started all four years for the Vols, finishing his senior season in 1997 as a consensus All-American and finished second in the voting for the Heisman Trophy.

Tennessee is one of the favorites to win the SEC's East Division this year, as head coach Butch Jones returns star quarterback Josh Dobbs and running back Jalen Hurd from a Vols team that went 9-4 and finished the year with a win in the Outback Bowl.

Peyton Manning may want to coach for Tennessee

One thing to know: Swinney is in line for a big pay day after guiding the Tigers to undefeated regular season and the No. 1 ranking for most of the season.

One thing to know: After reports that he was interested in returning to the NFL prior to the season, Mora was quick to shoot those down, saying, "You know how those guys are. Sometimes they just make stuff up, and throw it out there, and see if it sticks."

One thing to know: Washington lured Peterson away from Boise State in 2013 by making him the highest-paid coach in the Pac-12, a distinction he still holds. Earlier this season, Peterson returned to Boise to face the Broncos, something he called "awkward."

One thing to know: Mike Gundy is still a coach at Oklahoma State, but he's not 40 anymore (he's 48).

One thing to know: Despite all his success and a championship contender this season, Dantonio is just the fifth-highest-paid coach in the Big Ten.

One thing to know: When Patterson took over TCU in 2000, they were in the WAC conference. Since then, they have moved to Conference USA, the Mountain West, and now into an annual championship contender as a member of one of the lucrative Power-5 conferences, the Big 12.

One thing to know: Bielema averaged 10 wins per year at Wisconsin. In his first two seasons at Arkansas he averaged five wins. Despite that, Arkansas gave him an extension prior to this season that will go through the 2020 season.