You have to see this! Train goes speed of sound 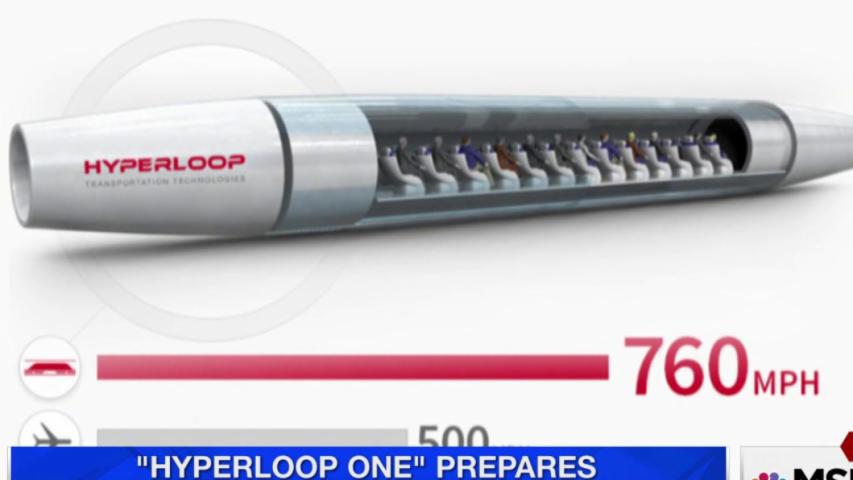 If you thought the rocket-powered magnetically-levitated sled from Holloman Air Force Base last month went freaky fast at 633 mph, you're not going to believe how fast this new train can go. Imagine the ability to commute to work at the speed of sound. Wow.

Hyperloop Technologies has been teasing fans on Twitter with plans of "huge" announcements from Las Vegas this week, though there is no certainty as to what those announcements are.

In December, the company announced that it was building the first test track at the Apex Industrial Park in North Las Vegas, which measures just over a half mile and is used to send linear motors down the line at 330 mph. Talk about speedy. But guess what? It gets faster. The company's goal is to build a two-mile Hyperloop system that will allow a levitating pod to accelerate to 700 mph by the end of the year. If successful, the system would eventually consist of a low-pressure tub that houses a pod full of passengers, oh, and reaches speeds near 767 mph. That would make a trip between Los Angeles and San Francisco only take 30 minutes. "Utilizing a passive levitation system will eliminate the need for power stations along the Hyperloop track, which makes this system the most suitable for the application and will keep construction costs low," Hyperloop Transportation Technologies COO Bibop Gresta said. "From a safety aspect, the system has huge advantages, levitation occurs purely through movement, therefore, if any type of power failure occurs, Hyperloop pods would continue to levitate and only after reaching minimal speeds touch the ground."