This is how Americans are really feeling about our political future

It's no secret that the 2016 presidential race has been anything but boring -- much in part to presumptive Republican nominee Donald Trump. Whether or not you agree with his controversial opinion on Muslims, there's no denying that the New York business mogul has totally dominated the media and, since Ted Cruz dropped out of the presidential race, the Republican party. But just because he's probably going to be the Republican nominee doesn't mean that all people, or even all Republicans for that matter, are happy with his candidacy.

Several people fans took to Whisper, the popular app that provides an anonymous platform for people to share their most honest thoughts, to express how they feel about the state of the presidential election.

1. Some people's fears for a presidency under Trump extends to an international threat: 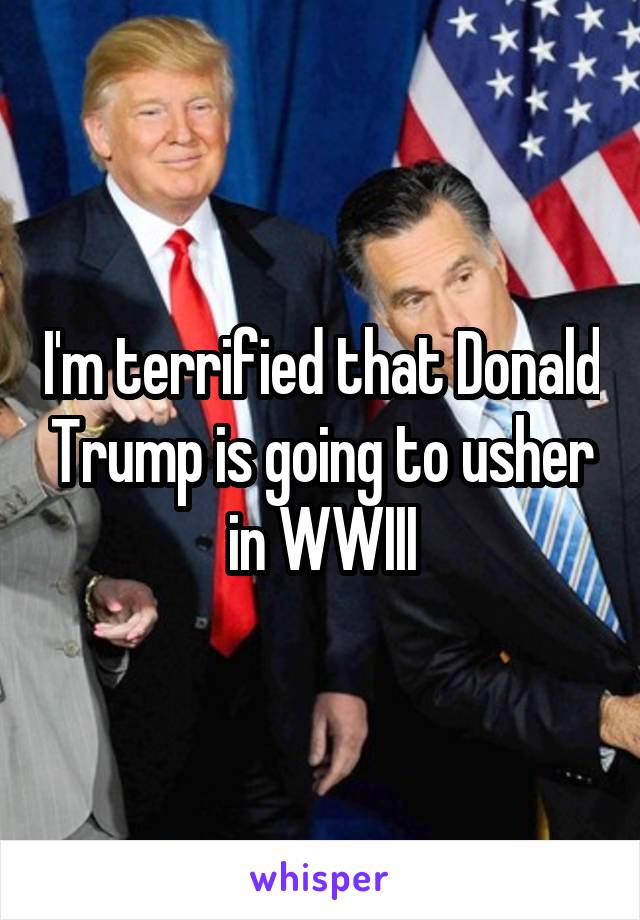 2. Opting out of your right to vote leaves the country's fate entirely in others' hands: 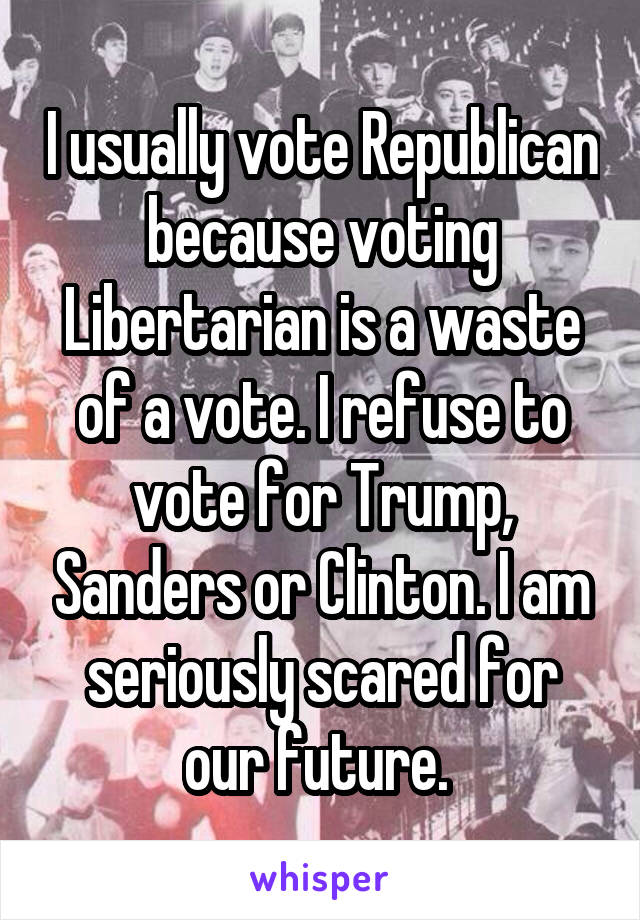 3. Choosing to vote for the Democratic candidate might simply be because you think the Republican one is worse: 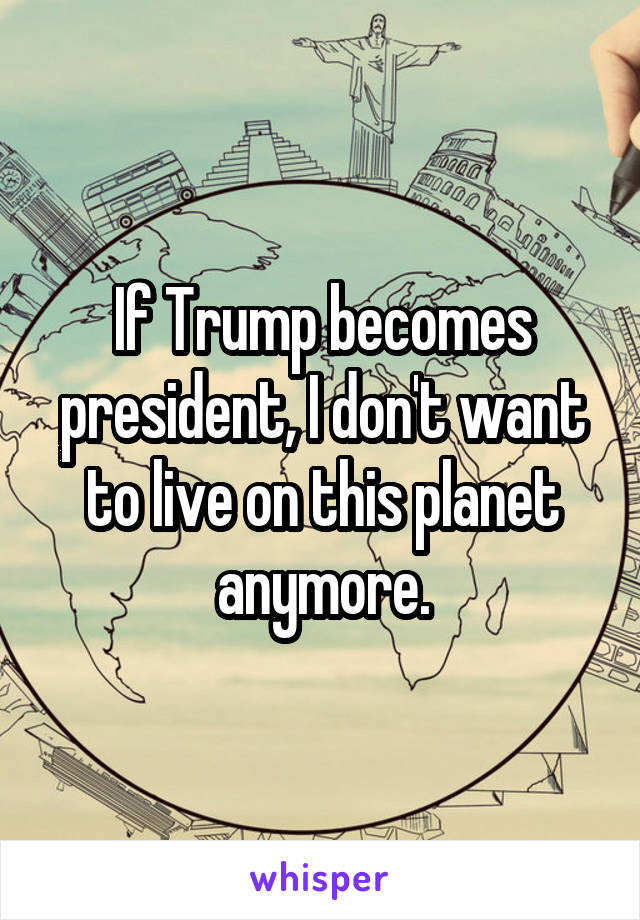 5. Just because he's not the president doesn't mean that he doesn't have a serious amount of power: 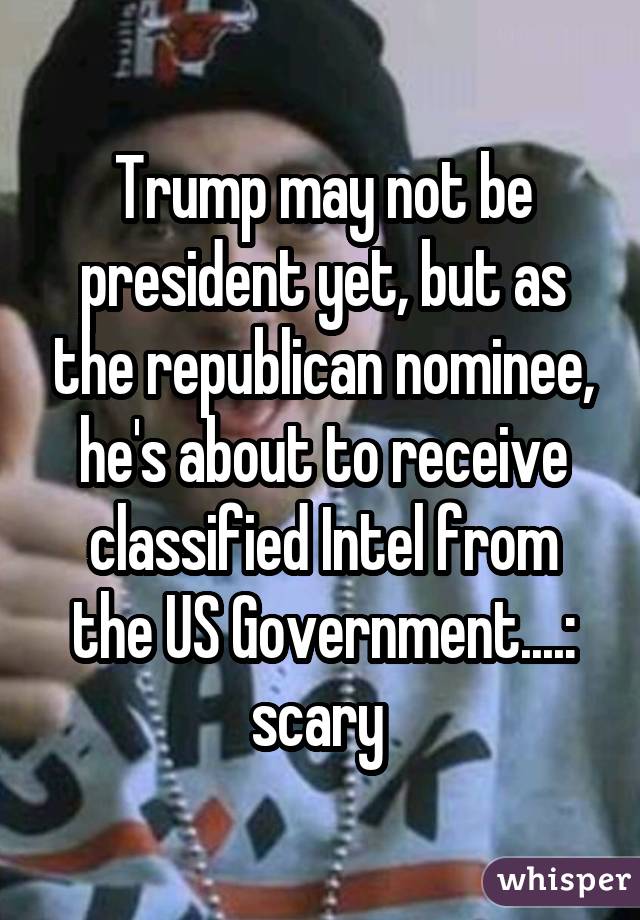 6. This person envisions a horror movie coming to fruition: 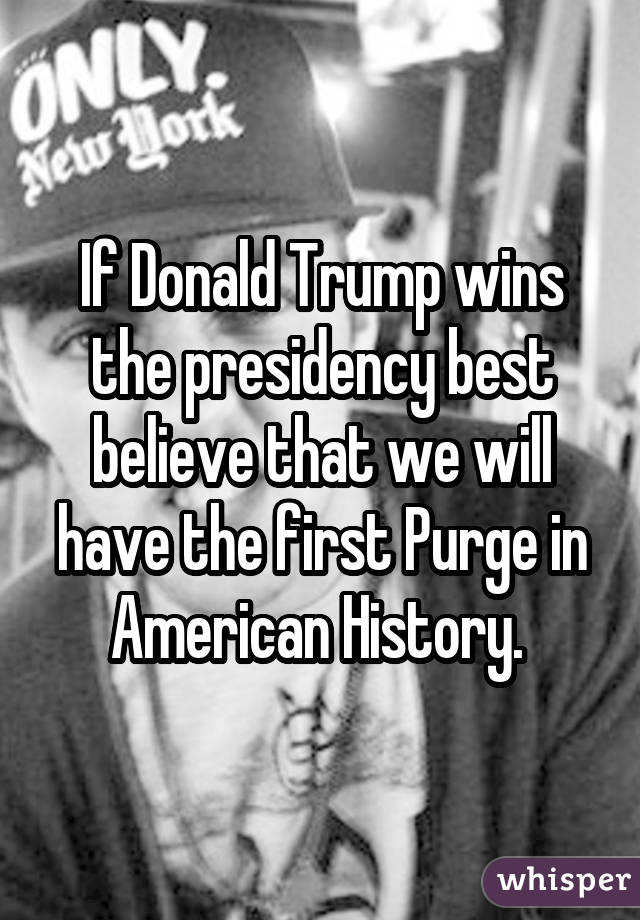 7. Instead of being afraid, some people see Trump's loss as inevitable: 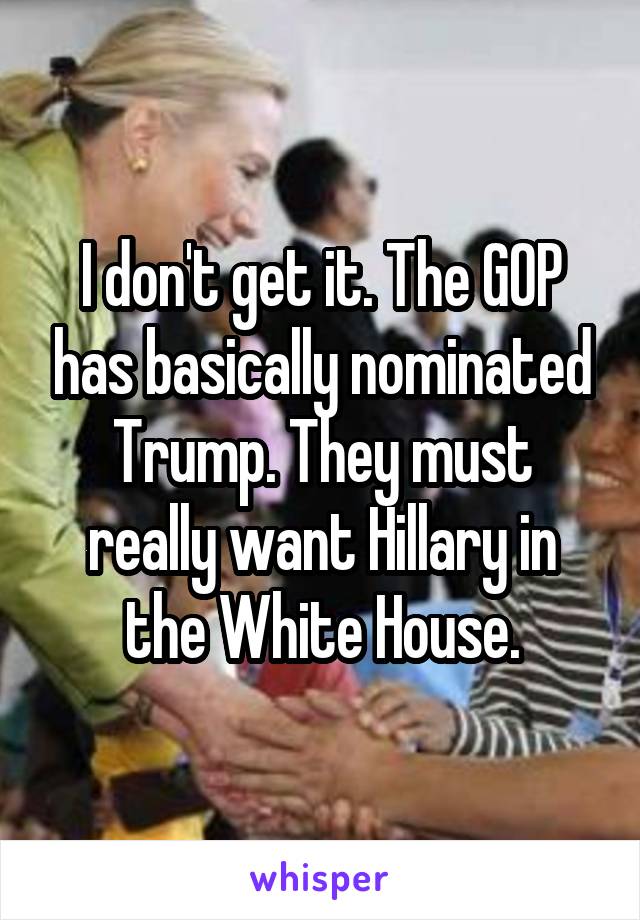 8. While it might often feel like there should be stricter rules of conduct for a presidential race, there's no one who's not 'allowed' to run for president: 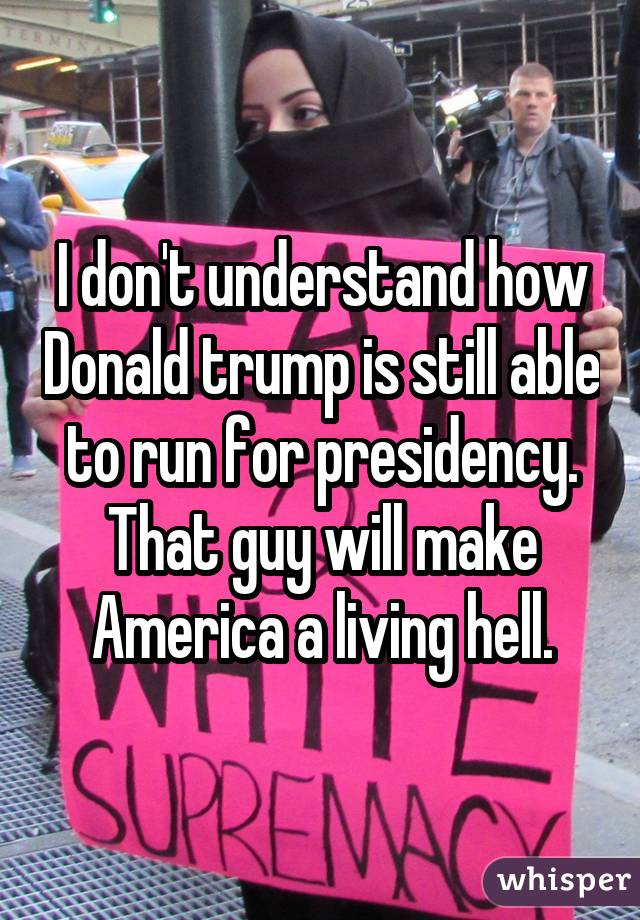 9. Being a Republican doesn't mean that everyone in your party supports you: 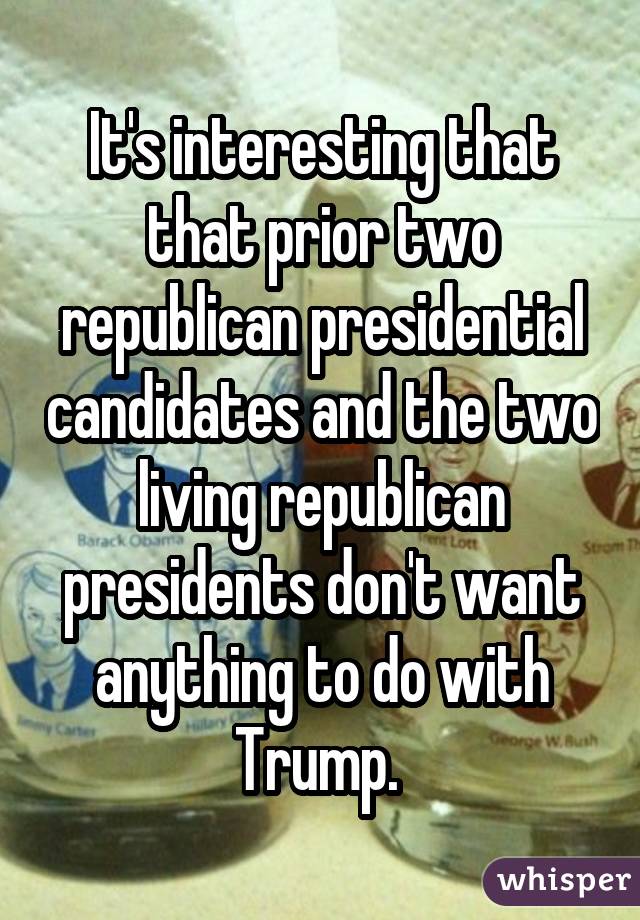 10. Is Ashton Kutcher punking us again? 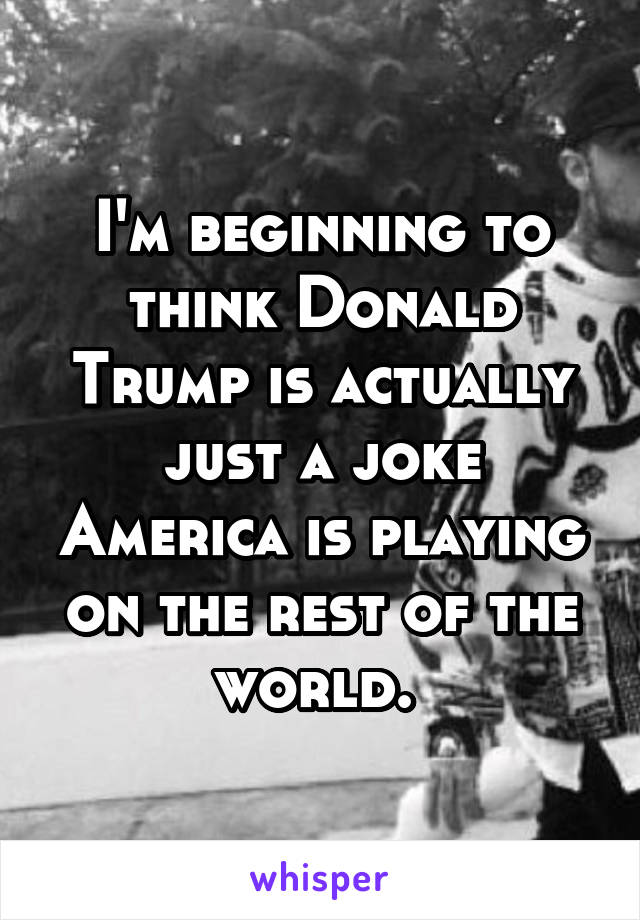 11. One person is ready to accept whatever fate there is in store for the United States: 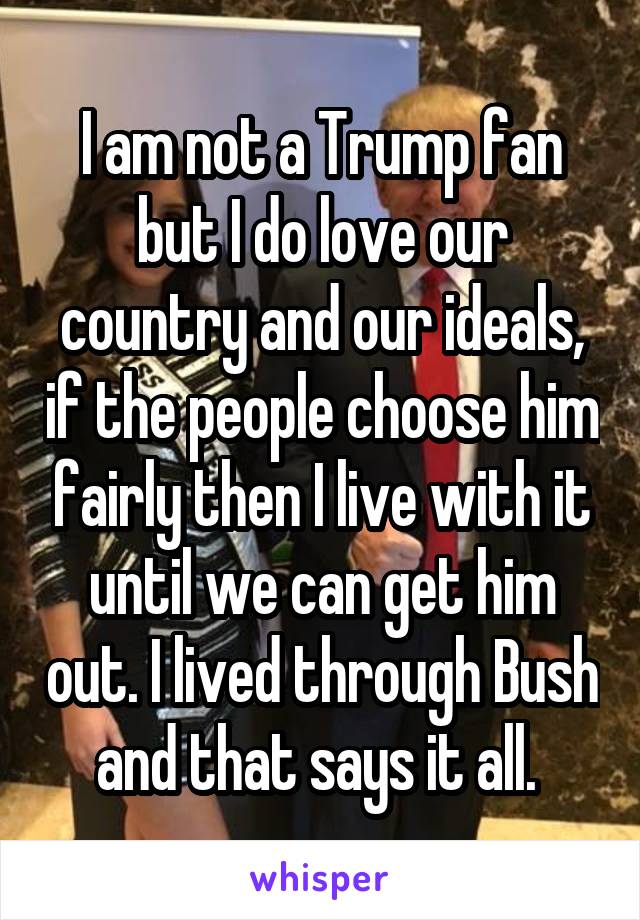 Want to hear more from concerned Americans? Check out Whisper!

Here's how Trump is actually doing:

More from Whisper:
Fans are reacting to Drake's latest album -- and not in the best way
11 polarized parents battle it out about the vaccination issue
The disease that more people than you think are silently suffering from