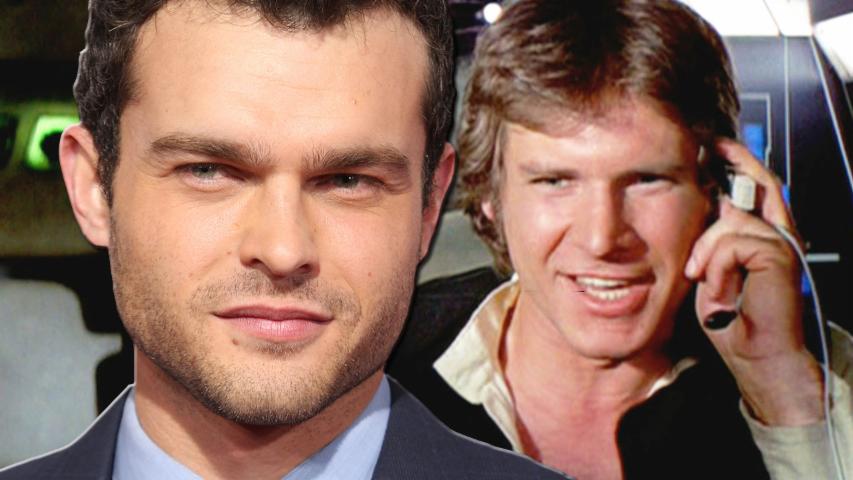 When actor Alden Ehrenreich was emerging as a finalist in the hunt for Han Solo this year, the 26-year-old sent an email to his close friends. He asked them to change their email addresses, especially if their handles included their names, because what he potentially was doing would bring them undue scrutiny.

That proved a prophetic move after Lucasfilm and Disney indeed settled on Ehrenreich (CAA, Brillstein, Felker Toczek) to play one of cinema's most iconic characters in their stand-alone Star Wars movie about the roguish space smuggler, set for a May 25, 2018, release.

It was one of the widest casting calls to date, according to sources, beginning in the fall and culminating in more than 2,500 actors meeting in person or putting themselves on tape. Producers narrowed the search during the winter, with the still-untitled film's directors, Phil Lord and Chris Miller, meeting such actors as Miles Teller, Ansel Elgort and Emory Cohen (Saoirse Ronan's love interest in Brooklyn). Ehrenreich was one of three finalists alongside Jack Reynor, best known for his work in Transformers: Age of Extinction, and Taron Egerton, star of Kingsman: The Secret Service and Eddie the Eagle.

Ehrenreich had to go in for multiple tests, but he had a couple of factors in his favor, not including propulsive momentum from his buzzy breakthrough in Joel and Ethan Coen's Hail, Caesar!, which had the impeccable timing of being released in the middle of the search.

The Los Angeles native had the fortune of having been discovered at age 14 by Steven Spielberg in a bat mitzvah video, and his first two movies were for The Godfather filmmaker Francis Ford Coppola. He also worked with Woody Allen in Blue Jasmine and nabbed a key role in Warren Beatty's untitled Howard Hughes movie, which finally will be released this year. (Ehrenreich plays the film's leading man, the assistant to Beatty's Hughes.)

Insiders say Spielberg and Coppola were among those who reached out to producer (and their longtime friend) Kathleen Kennedy to vouch for Ehrenreich. Disney declined comment on the process.

Narrowing the field further was Egerton dropping out, according to insiders. The British actor already has a franchise with Fox's Kingsman series, which he is now shooting, and another potential one with Lionsgate's Robin Hood: Origins, set to shoot this year. Lucasfilm did not want to find itself in third position with its Solo film, a vital franchise starter.

This story first appeared in the May 20 issue of The Hollywood Reporter magazine. To receive the magazine, click here to subscribe.

More from The Hollywood Reporter:
Young Han Solo found with Alden Ehrenreich
Discovered by Spielberg: How a lucky encounter with the director launched these 6 stars
See the best Instagrams from Chanel's Cuba show