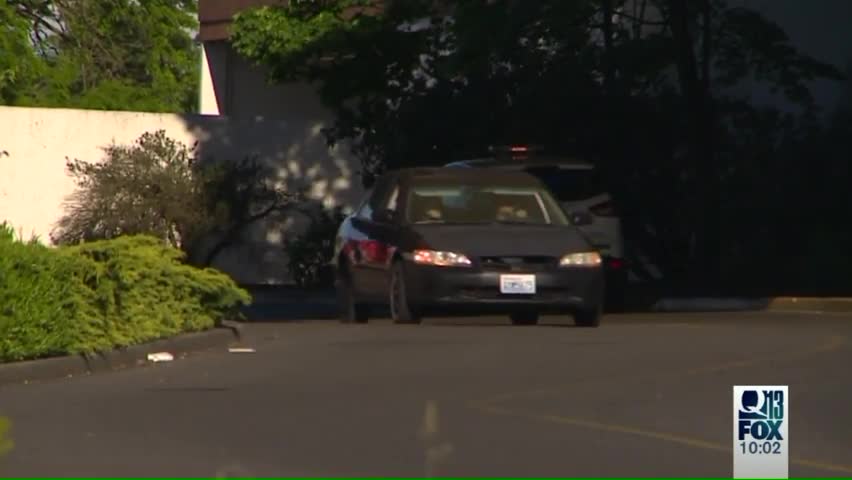 TACOMA (KCPQ) -– The family of a Tacoma girl is suing a Tacoma police officer after a video was released that appears to show him pulling her off her bike, throwing her to the ground by her hair and deploying a Taser on her.

Officer Jared Williams was working off-duty as a security officer at the Tacoma Mall on May 24, 2014, when the incident happened.

Lawyers for Monique Tillman, who was 15 at the time, told Q13 News she was riding her bicycle with her brother and doing nothing wrong when Williams and a security guard approached her and told her she was being "trespassed" from the mall.

Tillman's lawyer, Vito de la Cruz of Tamaki Law, said Tillman tried to leave because she hadn't committed a crime, but that Williams "shoved Monique into parked cars, placing his forearm across her chest as he extracted his Taser" and "grabbed Monique by the hair and flung her to ground."

The video, which was provided to Q13 News by Tamaki Law, appears to show her being tased while she's on the ground.

"A child riding a bike should not have to worry that a police officer will stop her without legal cause and brutalize her," de la Cruz said. "Our communities are weary of another African American child being hurt by unwarranted and excessive police force."

De la Cruz said Tillman was charged with resisting arrest and assault on a police officer, and that those charges were dismissed. Q13 News wasn't able to confirm that because she's a juvenile.

In an interview Tuesday, Monique Tillman said her suit "isn't about money. Honestly, I think I deserve a sincere apology from him."

Tacoma police spokesperson Loretta Cool said she wouldn't comment on the case because of pending litigation, but did provide context on Williams' work as a security guard.

"The City allows officers to work off duty in a law enforcement capacity with (memorandums of understanding) in place with whichever establishment," she said. "If the officer takes action, enforcement action, then he is considered working as an officer."

She said Williams is still working as a police officer.

A spokesperson for Curator PR, which represents the Tacoma Mall, declined to comment.

More from AOL.com:
Live white python falls from ceiling in Tacoma General Hospital
10 business books by top CEOs that will change your life
Become royalty in this 288-square-foot tiny castle