Cheerleaders at a higher risk for concussions over football players? 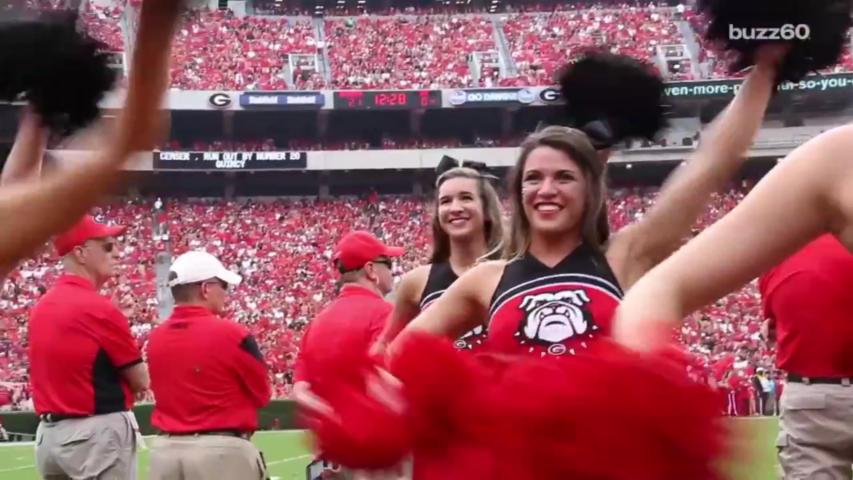 It's common knowledge that football is a sport that comes with an extremely high risk of concussions.

High-impact sports come with the obvious risk of players bashing their heads. However, new studies are coming out saying football players aren't the athletes most prone to concussions.

It turns out the people who are at the highest risk of the injury may be the ones dancing on the sidelines.

In particular, University of Georgia has seen concussions far more frequently in cheerleaders than in football players.

A local Atlanta station reported that in 2012 alone, eight out of 52 Georgia cheerleaders suffered concussions.

Compare that stat to only nine out of a pool of 125 Bulldog players, and you see a concerning trend.

The journal Pediatrics published a study in December, finding that concussions are no. 1 on the list of injuries suffered by high school cheerleaders.

Georgia's sports medicine director, Ron Courson, reported there had been fewer concussions in both the football and soccer programs than in cheerleading.

The numbers don't come as a total shock, given the stunts cheerleaders pull off.

Don't forget Sparky Polastri's famous words from "Bring It On": "In cheerleading, we throw people in the air."

More from AOL.com:
Most surprising cause of death in every state
Burgers sold at fast-food chains and grocery stores across the US might not be what you think they are
Grim new study says some Pacific oysters contain 'a cocktail of pharmaceuticals'