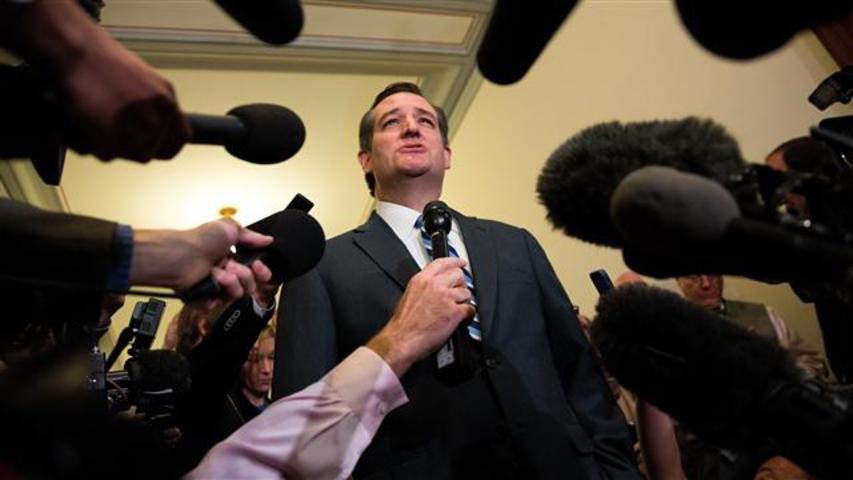 WASHINGTON, May 10 (Reuters) - Former Republican presidential candidate Ted Cruz returned to his job in the U.S. Senate on Tuesday with a warning to Washington that the turbulent primary race was a wake-up call.

"All across this country people are hungry for change. This election cycle should be a wake-up call to Washington, D.C.," the senator from Texas said outside his office. "The frustration and volcanic anger with Washington was echoed throughout this election."

Presumptive Republican nominee Donald Trump and Democratic U.S. Senator Bernie Sanders have upended expectations in their respective presidential campaigns, tapping into voter anger at establishment politicians in Washington. Cruz, a favorite of the conservative Tea Party movement, also tried to position himself as an outsider.

However, he dropped out of the Republican race a week ago after a crushing loss in Indiana and a brutal campaign in which Trump attacked Cruz's wife and father and constantly derided the senator as "Lyin' Ted."

Cruz ruled out a third-party candidacy, and said the democratic process had run its course.

Earlier on Tuesday, Cruz welcomed the idea of tossing his hat back into the ring in a lighthearted exchange with a staunch supporter, conservative radio host Glenn Beck.

Beck, who campaigned heavily for Cruz in the senator's quest for the Republican nomination, asked the 45-year-old Texan whether he would consider getting back into the race if he won Nebraska's primary on Tuesday.

"I am not holding my breath," Cruz said to laughter on Beck's show on TheBlaze Radio Network. "My assumption is that that will not happen. ... The reason we suspended the race last week is with Indiana's loss I didn't see a viable path to victory."

"If that changes, we will certainly respond accordingly."

Nine facts you should know about Ted Cruz:

Trump's victory in Indiana last Tuesday pushed Cruz and Ohio Governor John Kasich out of the Republican race and put the brakes on the "Stop Trump" movements sparked by his unorthodox candidacy.

"I think if Ted has a future in Republican politics in this country, I think he'll want to preserve that," Clovis told CNN.

Cruz may be hoping to put his conservative imprint on the party's July 18-21 national convention in Cleveland. On Monday, he said he would not release delegates he had won in Kansas, Oklahoma and Texas, according to news reports.

Trump needs 1,237 delegates, a majority of the delegates at the convention, to clinch the nomination on the first ballot, and it is not guaranteed he will win them in the remaining nominating contests.

Asked if he would endorse Trump, Cruz said every voter needs to make their own choice and they do not need to make it now.

More from AOL.com:
Ted Cruz concession ignites joke storm on social media
Bernie Sanders fans seek to lure Cruz supporters to their side
Trump on Cruz as vice president: 'It's something we can think about'