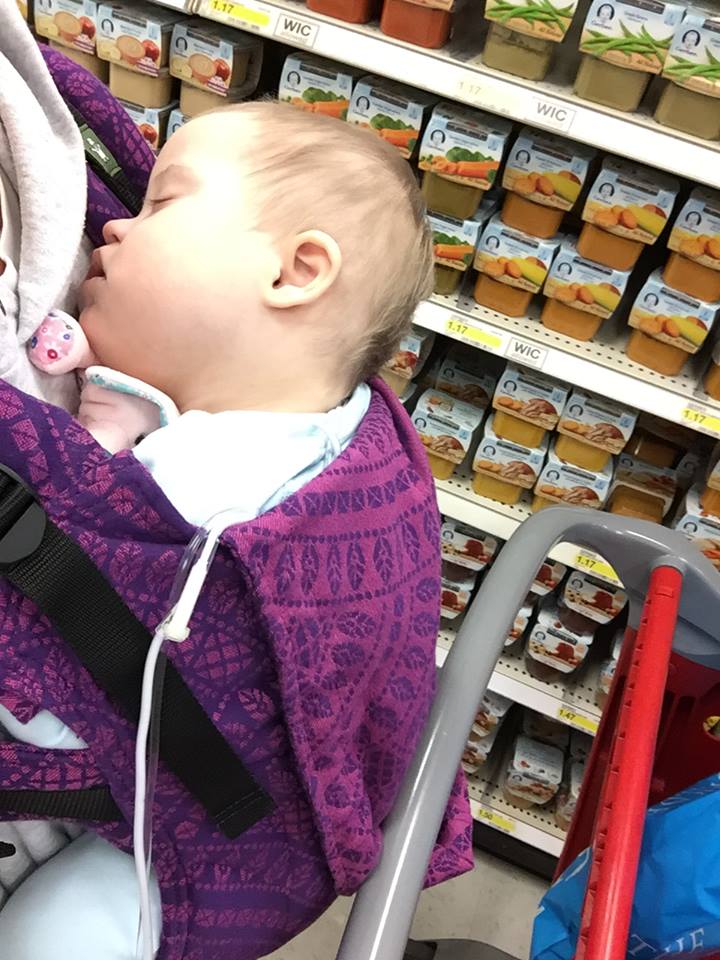 Unsolicited parenting advice rarely goes over well -- and yet, people still continue offering it as if their lives depended on it.

Kelly Dirkes was shopping with her baby in Target last month, when a fellow shopper told her she would "spoil" the child if she continued carrying her around and that she would never learn to be "independent."

Though Dirkes was able to remain composed during the interaction, the mother of two adopted daughters with Down syndrome took to took to Facebook on April 25 to write an open letter to the stranger, expressing her true feelings about the unprompted comments.

"Dear Woman in Target," her post began. "I've heard it before, you know. That I "spoil that baby". You were convinced that she'd never learn to be "independent". I smiled at you, kissed her head, and continued my shopping."

Then, her tone takes a serious shift.

If you only knew what I know. If you only knew how she spent the first ten months of her life utterly alone inside a sterile metal crib, with nothing to comfort her other than sucking her fingers. If you only knew what her face looked like the moment her orphanage caregiver handed her to me to cradle for the very first time--fleeting moments of serenity commingled with sheer terror. No one had ever held her that way before, and she had no idea what she was supposed to do. If you only knew that she would lay in her crib after waking and never cry--because up until now, no one would respond.

Apparently, Dirkes' words have really struck a cord within the online community, as the beautifully penned post has now been shared over 21,000 times.

She ends her letter with words that will hopefully resound in the ears of anyone who thinks it may be a good idea to offer unsolicited, ungrounded parenting advice to strangers they pass in department stores:

"Spoiling that baby" is the most important job I will ever have, and it is a privilege. I will carry her for a little while longer--or as long as she'll let me--because she is learning that she is safe. That she belongs. That she is loved. If you only knew..."

More from AOL.com:
Why Jennifer Hudson isn't too surprised she sot snubbed for a Tony
Chris O'Flying dishes about his creative process
Toby Keith takes over karaoke machine at local restaurant