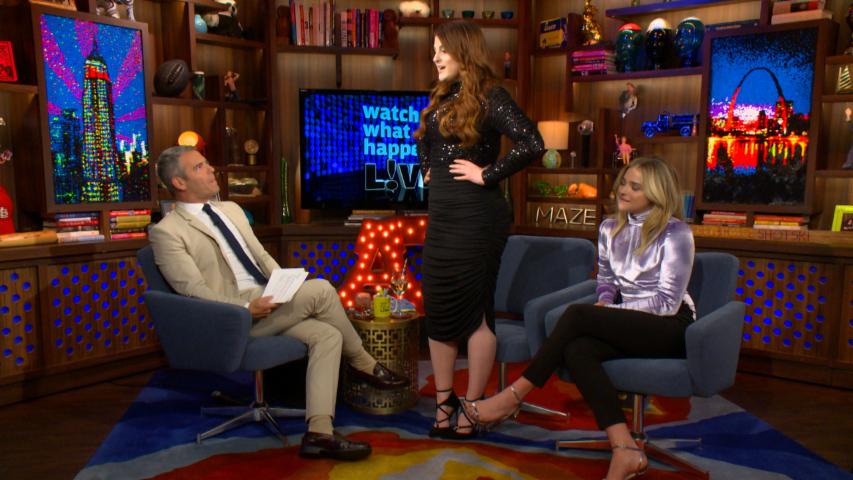 Meghan Trainor debuted the music video to her single "Me Too" on Monday, but the release was short-lived.

Claiming that she had been Photoshopped without her consent, the Grammy winner had the video pulled shortly after it went live. "My waist is not that teeny," she said in a Snapchat video to her fans. "I had a bomb waist that night, I don't know why they didn't like my waist. But I didn't approve that video and it went out to the world. So I'm embarrassed."

So when Trainor visited Watch What Happens Live Monday night, Bravo host Andy Cohen was quick to ask the singer about what happened.

Standing up to model her body, Trainor, who wore a sleek and shiny black top and skirt, confidently said: "Bring the cameras back to this beautiful waist."

See photos of Meghan Trainor through the years:

She continued, "I was so upset because I thought the fans were doing it online and then I was like, 'Oh my god, it's my video.' So I called the Gods of Vevo and they took it down."

She then promised that a new video is set to drop ASAP. "I approved a new version that should be coming out tomorrow morning," she said.

"Me Too" is the second single from her album, Thank You, which will be released May 13.

Let's hear it for the girls!!! 👯 #WWHLpic.twitter.com/G5S0k4PEQw