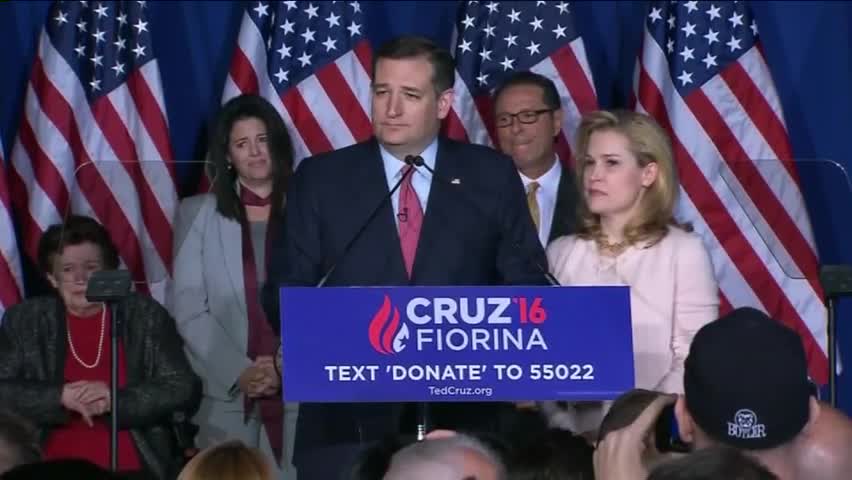 Heidi Cruz is the latest human being to compare something that has nothing to do with slavery...to slavery.

–Ted Cruz to Pres. Obama: 'Insult Me To My Face'

According to the Texas Tribune, Ted Cruz's wife made the comments Tuesday on a conference call with the Cruz campaign's "National Prayer Team.":

I don't want you to feel like any of this was in vain. I believe in the power of prayer. This doesn't always happen on the timing of man, and God does not work in four-year segments.

–Ted Cruz Tries to Have Campaign Event at a Bronx High School, Students Weren't Having It

But then Cruz took it one – if not one-thousand – steps further:

Be full of faith and so full of joy that this team was chosen to fight a long battle. Think that slavery — it took 25 years to defeat slavery. That is a lot longer than four years.

–President Obama Drops the Mic after Roasting Trump, GOP, and the Media

For some reason, Cruz told Glenn Beck Tuesday he won't rule out re-entering the presidential race – which could mean his wife Heidi could have another opportunity to make another slavery reference.

Or will it be emancipation?

9 facts you should know about Ted Cruz: