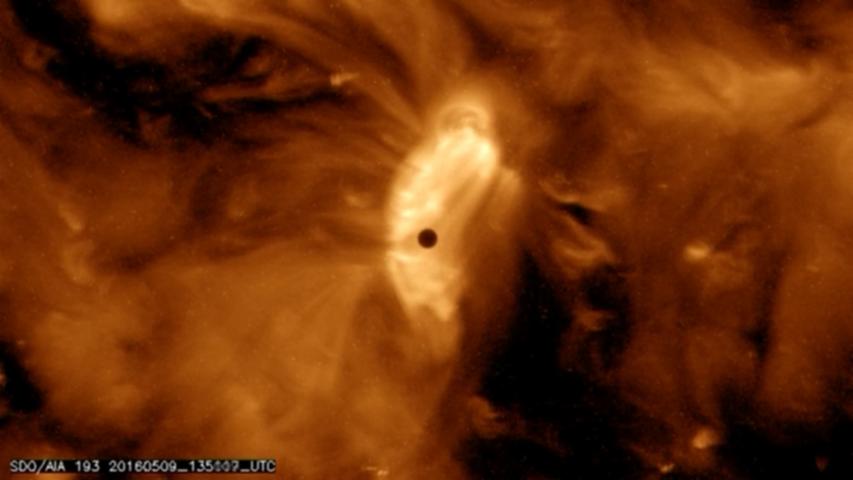 The transit of Mercury, during which the solar system's smallest planet crosses in front of sun, took place on the afternoon of Monday, May 9.

The last time Mercury crossed the face of the sun was 2006. The planet's orbit is tilted 7 degrees to that of Earth, therefore Mercury usually passes above or below the sun from our perspective, reports the Guardian.

Transit of Mercury 2016: Watch the rare celestial event
ADDS DETAILSThe 2016 Mercury planetary transit is seen in a NASA conceptual image, made of many images captured by the Solar and Heliospheric Observatory (SOHO) during the last Mercury transit in 2006. Mercury will pass between Earth and the sun in the rare astronomical event between about 7:12 a.m. and 2:42 p.m. EDT (11:12 - 18:42 GMT) on May 9, 2016. NASA/Handout via Reuters ATTENTION EDITORS - THIS IMAGE WAS PROVIDED BY A THIRD PARTY. EDITORIAL USE ONLY
People look at planet Mercury transiting across the sun with solar filters at a public viewing in Kolkata, India May 9, 2016. REUTERS/Rupak De Chowdhuri TPX IMAGES OF THE DAY
Up Next

The fastest and innermost planet took about 7.5 hours to complete Monday's journey across the sun. During the transit, a small, round shadow was visible on Earth. It was even fully visible from parts of Europe, eastern North America and South America.

In order to view the event, scientists around the world used telescopes fitted with special solar filters to prevent eye damage.

Solar Dynamics Observatory captured this view of the #MercuryTransit this morning! More at https://t.co/F2DCjnjUN5pic.twitter.com/pyQPC2MBXF 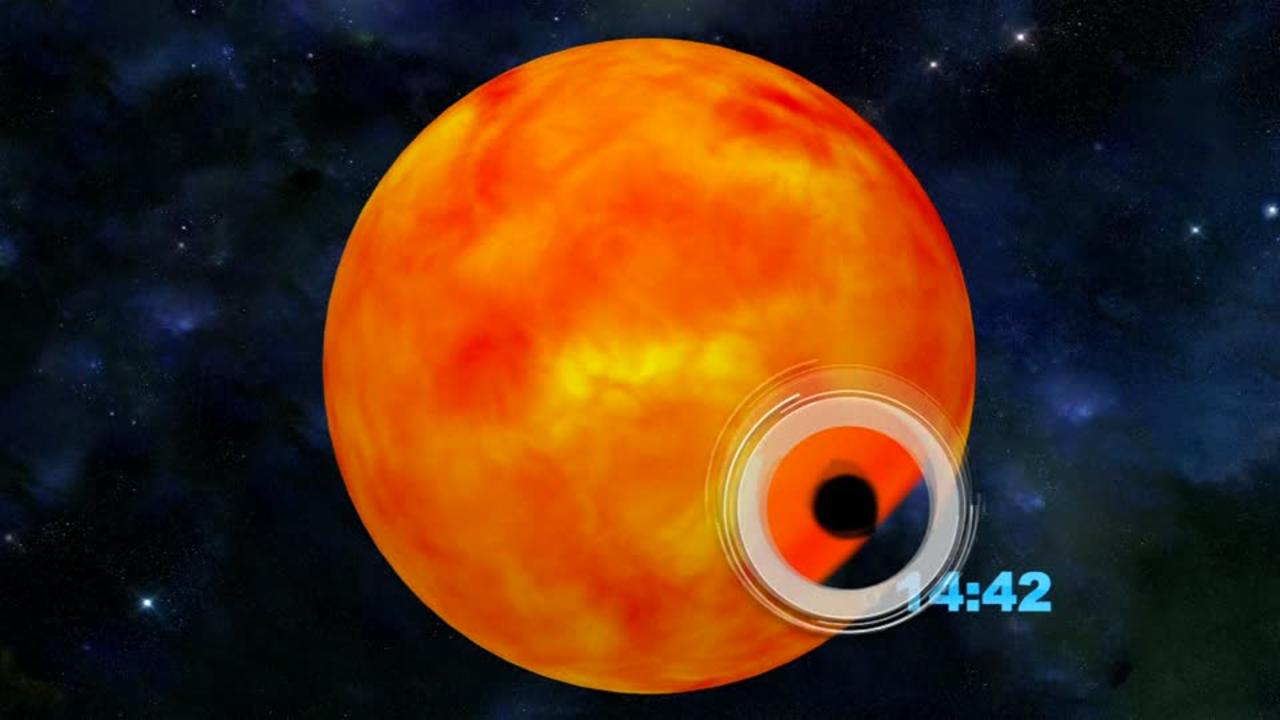