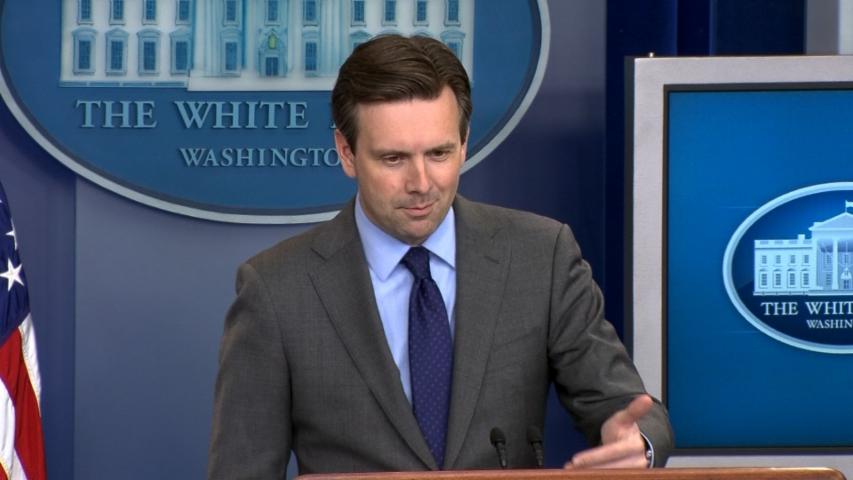 The White House is scrambling to clean up the political mess created by a New York Times Magazine profile of President Barack Obama's deputy national-security adviser, Ben Rhodes, who offered surprisingly blunt comments about the Iran nuclear deal and other contentious topics.

In the interview, Rhodes was candid about how the administration has sought to shape its foreign policy, and went into some detail about how "Beltway insider" experts and reporters helped the White House sell the Iran nuclear deal to the general public.

The profile has sparked backlash among those who feel that Rhodes admitted to being part of a campaign to "spin" the narrative and deceive Americans into approving the landmark nuclear deal.

Rhodes' comments also angered Washington reporters, whom he characterized as "27-year-olds" who "literally know nothing" or as "handpicked Beltway insiders" who report on the White House uncritically. And he was critical of the Washington foreign-policy establishment, which he apparently refers to as "the Blob."

Rhodes responded to the criticism in a post on Medium published on Monday morning: "How We Advocated for the Iran Deal." In the post, Rhodes defended the strategies the White House used to sell the deal to the general public and protect it from its opponents.

In his daily press briefing, White House Press Secretary Josh Earnest told reporters that Rhodes was motivated to discuss the administration's communications strategy further because "there has been an attempt by opponents of the Iran deal to say that the effort to protect the deal was based solely on 'spin.'"

"I recognize that there is an attempt by those who either lied or got it wrong to re-litigate this fight," Earnest told reporters. But "time and time again, the critics of the deal have been wrong. I think that is an indication that our attempts to protect the agreement were rooted in fact. And that's what Ben wanted to reiterate in his piece."

Jonathan Karl, ABC's chief White House correspondent, asked Earnest if it is "the White House view that Hillary Clinton is part of the foreign policy 'blob'" Rhodes referred to in his interview, which he said was clearly meant as a "derogatory" term.

SEE ALSO: The crisis in the Republican Party is even worse than it looks

Earnest replied that he had never heard Rhodes use the term "blob."

"I'm not even sure what that means," Earnest said.

Earnest also told reporters that Rhodes' comment about the "27-year-old" reporters was "not meant as a put-down" of the White House press corps.

"Based on that reaction I'm confident he would say it differently if he had the chance," Earnest said.

"Can you state categorically that no senior official in this administration has ever lied publicly about any aspect of the Iran nuclear deal?" Corke asked.