'Smell-repelling' socks exist, and you'll never have to do laundry again 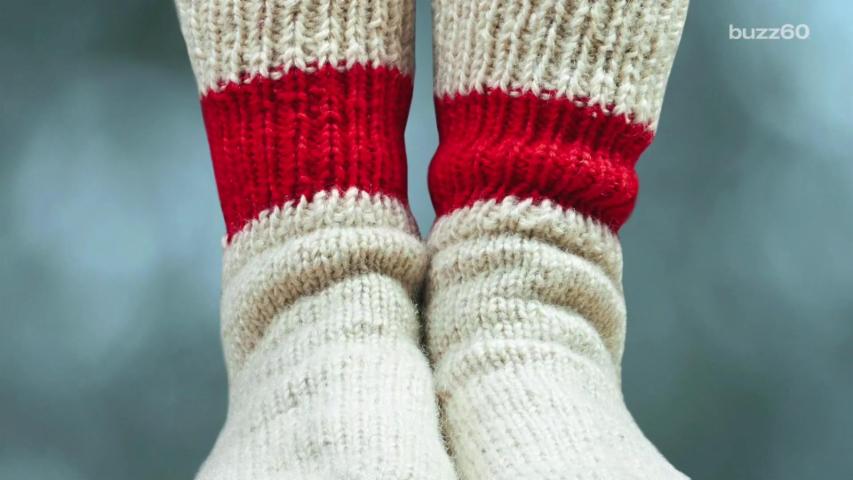 LONDON — Doing laundry is annoying. Somehow, no matter how hard you try to stay on top of it, you'll still end up rummaging for that non-existent clean pair of socks.

You can put all that behind you now. Because, there are actually socks that don't ever need to be washed. Like, EVER.

One farm in East Devon is singlehandedly bringing an end to the never-ending sock scavenger hunt with "smell-resistant" socks that apparently don't require any washing.

Steve and Jenny Whitley — who own the angora goat farm and run mohair knitwear company Corrymoor — created the mohair socks after customers reported that their Corrymoor jumpers didn't pick up the same amount of odours that their other clothes did, and hence didn't require as many washes.

"Quite soon after we started with the socks, customers reported that after a day's wear the socks were neither stiff nor did they smell," Steve told Mashable.

"Then people owned up to the fact that they could wear them for days without washing – and then days became weeks," he continued.

According to Steve, mohair fibres don't trap the usual bacteria that cause problems with foot hygiene, which — he says — means they can be worn "day after day, week after week" in extreme conditions and without any stench or discomfort.

"They are ideal for people with sensitive skin and are recommended by chiropodists and podiatrists," says Steve.

Steve concedes, however, that the socks do better if they are washed from time to time, but they should be only be washed on a wool cycle at 40 degrees, and should never be tumble dried.

The socks are priced from £9.00 and can be purchased online.