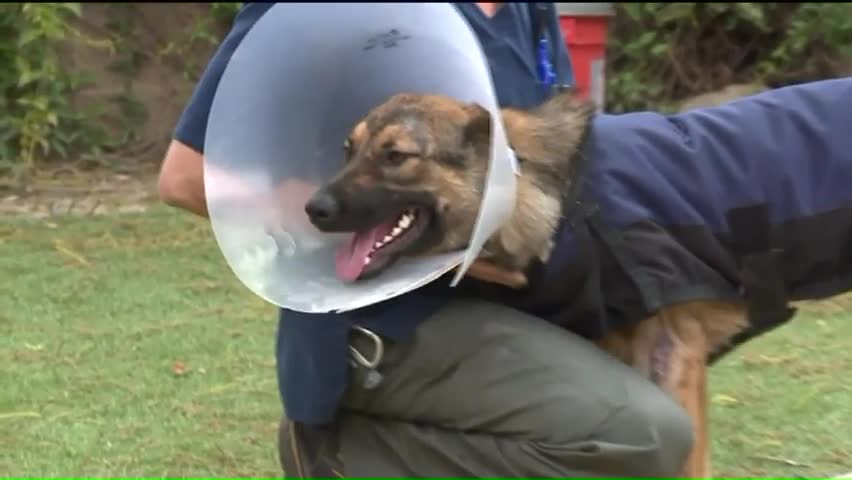 SACRAMENTO (KTXL) -- A dog believed to be thrown out of a car is left to fend for herself in Sacramento with burns all over her body. With no information on who hurt the dog, PETA is stepping in to offer a hefty reward for any information leading to an arrest.

"I've seen some pretty gnarly, nasty, sad mistreatment of animals and she's up there," said Gina Knepp, manager of Front Street Animal Shelter. The shelter is treating the dog.

This dog, whose name is unknown, was found the evening of April 25 near Danny Nunn Park in Sacramento. A Good Samaritan found the dog covered with severe burns. The shelter's vet said the injuries were three to five days old.

What caused the burns is unknown, but Knepp has an idea. "It looks like it was a liquid. We didn't have the smell of burnt hair or the smell of chemical. It could've been boiling hot water," he told FOX40.

The story caught PETA's attention. The organization is offering a $5,000 reward for information leading to an arrest.

"Somebody knows something that can get these sick individuals off the street," said Dan Carron with PETA.

The dog will be transferred to NorCal German Shepard Rescue to be cared for in a private home. Front Street said the dog has a long road to recovery but is doing well so far.

Anyone with information on this incident is urged to call the City of Sacramento Animal Care Services at (916) 808-5855.

More from AOL.com:
How Americans celebrate Mother's Day, in 5 charts
The best tech gift ideas for grads
These charming illustrations capture a day in the life of a dog mom