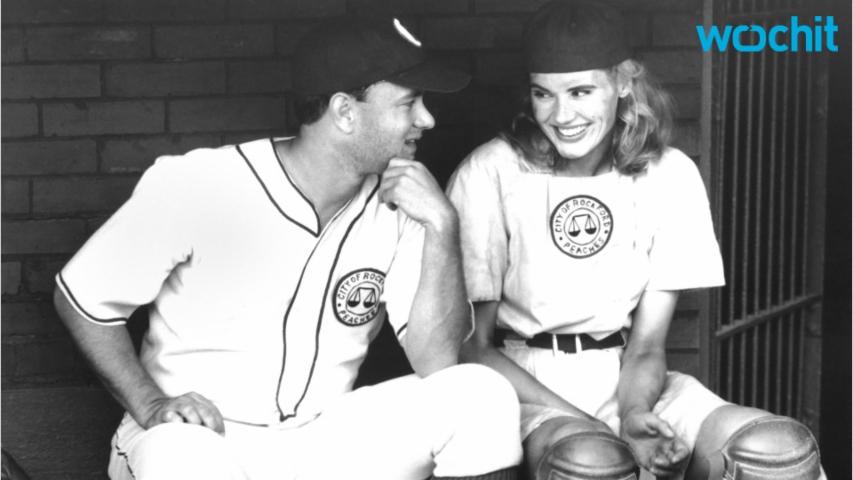 Geena Davis and the Rockford Peaches were ready to play ball this weekend.

The 60-year-old actress -- who played Dottie Hinson in the film -- reunited with the cast of the 1992 film, A League of Their Own, for a friendly game of baseball at the 2nd Annual Bentonville Film Festival Championing Women And Diverse Voices In Media, which Davis co-founded, in Bentonville, Arkansas.

PHOTOS: Celebrity Moms Who Had Babies After 40

First Pitch by one of the Original Peaches, Gina Casey, and the game has begun!

"This event was so popular last year that we decided to do it again," she said of the reunion. "And I'm so thrilled to have six of my Rockford Peaches cast mates attending the game this year.

MORE: Geena Davis 'Would Love' to Be in Beetlejuice Sequel

Last October, Davis spoke to ET about the effect League had on female fans, and gender equality in Hollywood. "I had teenage girls coming up to me and saying, 'I play sports because of that movie!'" she said. "I immediately noticed that there were a lot more male characters than female characters in what was actually being made for little kids, and I was horrified. What message does that send? Truly, they should be showing boys and girls sharing the sandbox equally, with girls doing half of the interesting stuff, too."