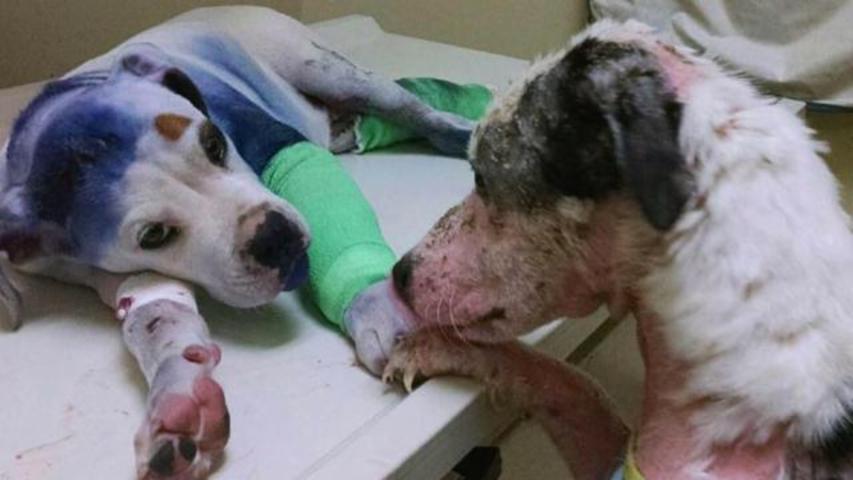 Two struggling rescue dogs have bonded over their difficult pasts, reports The Dodo.

On May 3, Rescue Dogs Rock NYC posted a Facebook message about border collie Simon, comforting Sammie, the newest addition to the shelter.

While Simon is dealing with the skin disease mange, his new boxer puppy friend is reportedly in critical condition after undergoing medical treatment for the abuse he had suffered.

According to a fundraising page set up on YouCaring, "Sammie is a 3-4 month old puppy who...was shot in the head, dragged behind a car AND spray painted!!!"

While his gunshot wound has been successfully treated, there is concern about the injury sustained to two of his legs.

Authorities are not expected to pursue Sammie's case because he is considered a "stray."

Related: Dogs don't just help each other -- learn more about therapy and support pets below:

More from AOL.com:
Adopted dog helps toddler get home after 9 hours lost in the woods
This cat is having a crazier hair day than you -- and he's scarily adorable
Owners of paralyzed dog leave her at shelter's doorstep with heartbreaking note