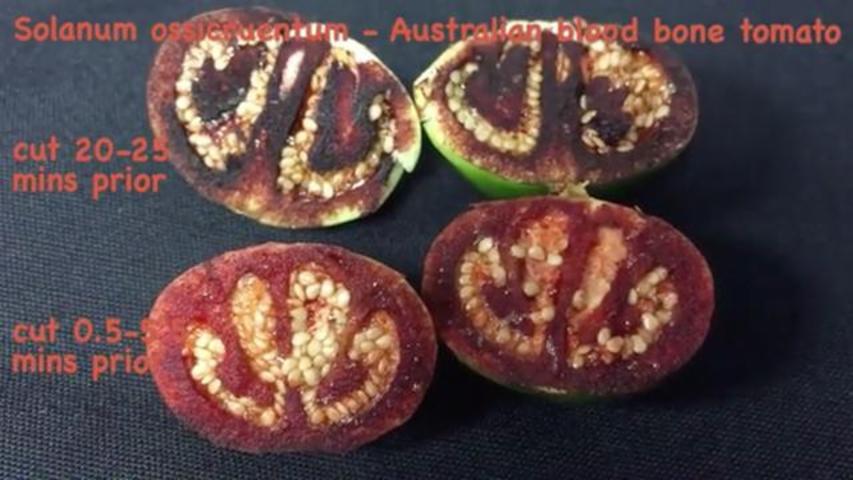 A new species of Australian bush has been named thanks to the help of 150 seventh grade students from Pennsylvania.

Professor Chris Martine, with Bucknell University, brought live plants, preserved specimens and field notes to the gymnasium of Donald H. Eichhorn Middle School and, in a bid to get the students more involved, asked what the plant should be called.

Meet Solanum ossicruentum, the Australian blood bone tomato, so-called for one of its more interesting features—its fruit appears to bleed.

A press release by the university notes, "Curiously, the new flowering bush species 'behaves' nothing like an ordinary plant. While its unripened fruits are greenish white on the inside when cut open, they start 'bleeding' in no more than two minutes."

A short video shows a time-lapse demonstration of the changing colors of red that appear when the fruit is cut—scarlet at first, leading to a darker, more crimson-like hue as time goes by.