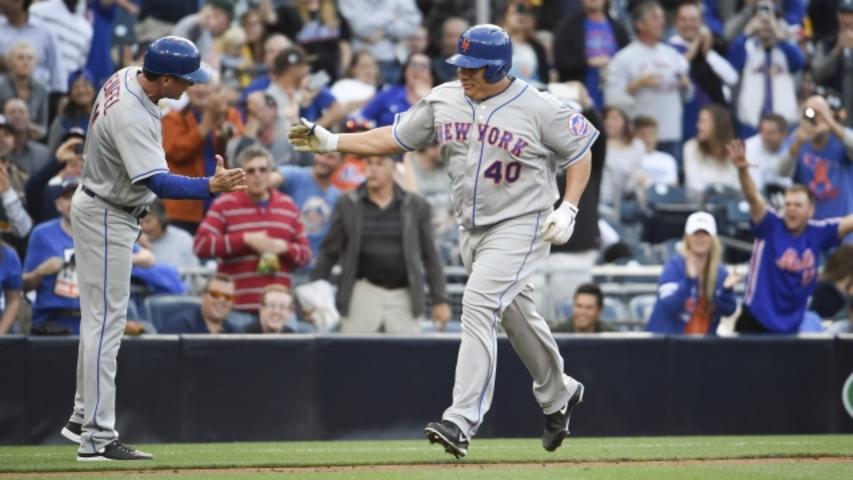 The impossible has happened. Bartolo Colon hit a home run.

The portly, 42-year-old pitcher, who has become somewhat of a cult figure for his wild at bats, hit his first career home run on Saturday off of San Diego Padres pitcher James Shields. The home run came in Colon's 226th at bat and the call by the Mets announcers was pretty epic.

Needless to say, social media had a field day.

Bartolo Colon circled the bases in 30.58 secs on his first career tater trot. Somehow it feels both super slow and amazingly fast.

NOT SAYING HE SAVORED IT BUT WHEN BARTOLO BEGAN CIRCLING THE BAGS CALIFORNIA WAS STILL A STAND-ALONE REPUBLIC.

guess i'll be wearing this shirt everyday for the rest of my life pic.twitter.com/UTnPwHJe7C

NOW WATCH: NFL DRAFT: Take the IQ test that every rookie has to take