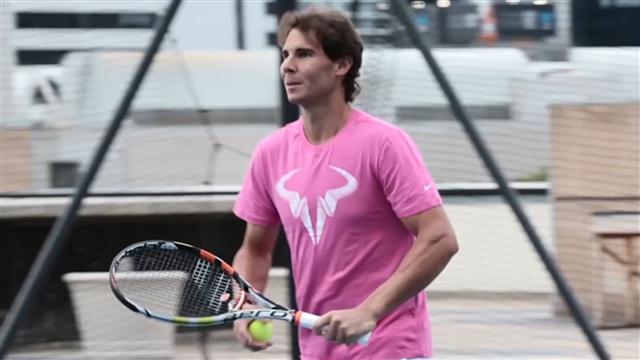 Andy Murray reached the final of the Madrid Open for the second year running by beating Rafael Nadal in straight sets 7-5 6-4 on Saturday.

Murray, who beat Nadal to win last year's final, will meet the winner of Saturday's other semi-final between Novak Djokovic and Kei Nishikori on Sunday.

World number two Murray broke Nadal in the Spaniard's second service game but lost his serve before breaking his opponent again to clinch the first set.

The Scot broke Nadal's third service game in the second and held his serve to knock out the home favorite, taking advantage of a second match point after spurning the first.

"It's easy after winning a tight first set to drop your intensity or your level and I really tried to stay on top at the beginning of the second and that was important," Murray said.

"Rafa doesn't serve as hard as everyone else but he puts a lot of pressure on your return because if you don't hit a good one he dictates the point straight away with the forehand. I was able to get some quite good direction on the returns and I think that helped me a lot today."

Nadal admitted Murray had deserved to win but said the defeat, which prevents the Spaniard from collecting a third successive ATP title after winning the Monte Carlo Masters and the Barcelona Open, would not affect his mentality ahead of the French Open later this month.

"I played aggressively and to win but he served really well," said Nadal. "In general he was a little better than me and I congratulate him for the victory because he was more effective in the crucial points.

"I've had a good week, reaching another semi-final in the Masters and demonstrated a high level of consistency," he added.

"I think I was good on a mental level, fighting and looking for solutions but it wasn't enough."