What he did to his prom date is so disturbing, he's now facing 25 years in prison 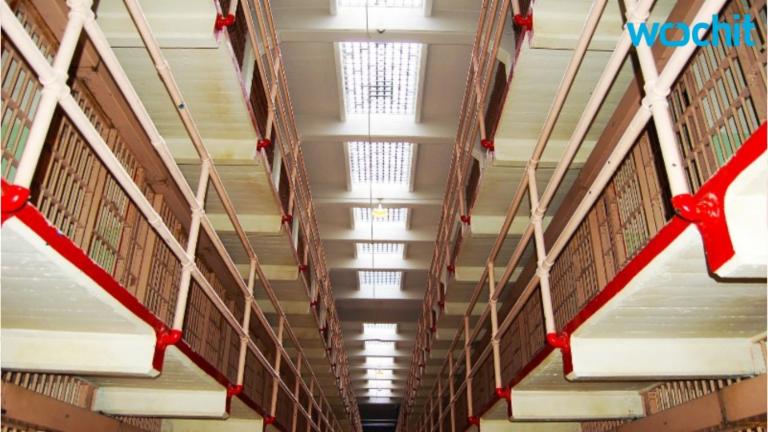 20-year old Eddie Herrera was sentenced to 25 years in prison on Wednesday for the death of his 17-year-old prom date, Jacqueline Gomez, in a Houston hotel room, the New York Daily News reported.

Herrera was convicted of aggravated assault after the couple went to the MacArthur High school dance, then mixed alcohol and prescription painkillers in the hotel room before Herrera choked his date during sex.

The next morning, she was found dead in the hotel room.

Herrera told police that she asked him to squeeze her neck during sex, but prosecutors believe he choked her instead.

RELATED: A Kentucky woman shot her ex after he told her it was over — what she did and said at the police station is unbelievable

According to the Houston Chronicle, Herrera told police he and his mother, Melissa Martinez, worked together to get the hotel room, two bottles of whiskey and 20 pills of the pain killer hydrocodone.

What he did to his prom date is so disturbing, he's now facing 25 years in prison
I honestly never expected to be asked, and the way he did it just blew me away.. I was left speechless. Senior night 2015✨ #promposal
Best promposal if I've ever seen one 😍😍 http://t.co/SIsPZU61V1
Promposal 😊✔️ http://t.co/R0RXijOijV
Pretty "pupped" to be going with you.😊🐶 #promposal
Got asked to Prom yesterday...I said yes #prom2015 #promposal
Asked him to my prom :) he said yess 😁 #Prom2015 #Promposal #CandyPoster #SurprisedHim
did this cute lil pizza #promposal for my fab prom date #prom2k15 #❤
She screamed #promposal
Antonio ( @archangel371 ) surprised me with this after school. He is so sweet 💞 #prom #promposal #ask #yes #Pokemon #pokemon #pokeball #nintendo #surprise #balloons #lovehim #sosweet #love #cute #gamer #nerdy
Today my best friend took me on top of a cliff to have a picnic, then asked me to prom, I couldn't have been happier #itwasagreatday #mynugget #hesthebest #surprisedate #promposal #regularsandwiches #sohappy
I've got the sweetest guy around☺ #promposal http://t.co/dEdfB04n8Y
After our trip down the river, she said yes at the finish line!😊#promposal #canoeing #prom #sign #canoego2promwithme #bridge #goodday #Prom2k15
By far the cutest thing that has ever happened to me 🐯 #promposal #prom2k15
Up Next

"The facts in this case are horribly tragic," prosecutor Justin Wood said, according to the Chronicle. "You cannot imagine a more horrific set of circumstances."

RELATED: This 14-year-old girl was suffocated to death by boyfriend from hell — what he said in court is as sad as it gets

Even though Herrera convicted of a first-degree felony, he was not charged with murder, the Houston Chronicle reported. However, Herrera's defense lawyer tried to say Gomez died of an overdose.

According to the Chronicle, prosecutors recommended Herrera get 40 years, while Herrera's defense lawyer asked for them to consider probation instead.

According to the medical examiner's office, they ruled the cause of death "undetermined."

"Eddie Herrera had absolutely no motive and no reason. He did not choke her to death," defense attorney Doug O'Brien said during closing arguments, according to the Chronicle. "He could have just as easily died in that hotel room."

More from Rare:
Donald Trump is ready to bury the hatchet with Ted Cruz
Billionaire Donald Trump tries to show West Virginia voters he's just like them but with more hairspray
Girls went crazy when Snoop Dogg channeled his inner '80s rockstar for this lip sync to "Don't Stop Believin'"