This hardcore Egyptian mummy is covered in over 30 intricate tattoos 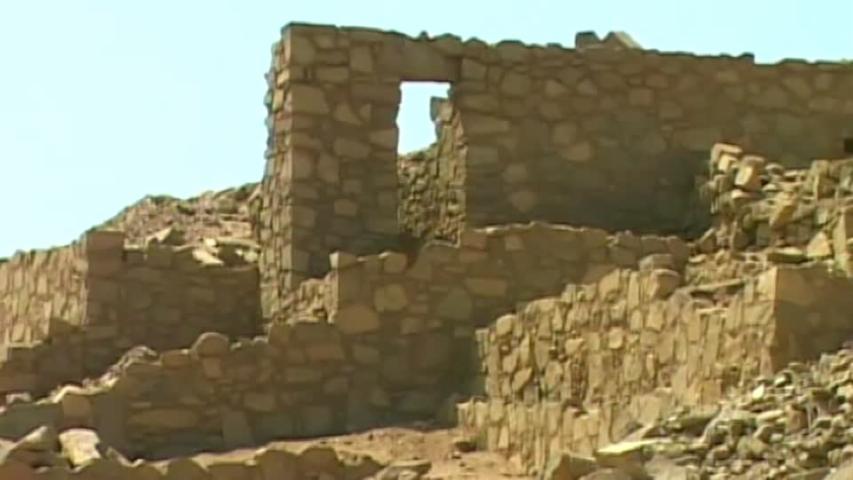 More news in the world of hip mummies: One female mummy, found near Deir el-Medina in Egypt, is covered in highly detailed tattoos, "the first on a mummy from dynastic Egypt to show actual objects," according to Nature. The intricately inked designs, likely over 3,000 years old, are thought to be religious symbols and include lotus flowers, cows, baboons and many, many pairs of evil-deflecting wadjet eyes.

"Any angle that you look at this woman, you see a pair of divine eyes looking back at you," Nature reported Anne Austin, a bioarcheologist with Stanford University, said. Austin presented the tattoo findings on April 14 at an annual American Association of Physical Anthropologists meeting.

According to Nature, the tattoos number more than 30 and "carry powerful religious significance," possibly intended to supercharge the woman's actions with godly powers or to demonstrate just how devout the woman was. The mummy itself dates from 1300 to 1070 B.C. The tattoos on its neck, shoulders, back, arms and hips were tallied using infrared imaging.

This isn't the first tattooed mummy on record. The so-called Ukok Princess, once entombed in Siberia, sports 2,500-year-old tattoo sleeves. Ötzi the Iceman, a 5,300-year-old mummy disinterred in the Italian Alps in 1991, has 61 tattoos.

There are other mummies from Egypt with tattoos, too, but, according to Nature, those markings tend to be simplistic dot-dash designs. The meticulous attention to detail in this mummy's tattoos suggests their inking was "very time consuming" and "extremely painful," which indicates they were of great importance to her and to her community, Austin said.

They appear to have been applied at different times, which Austin thinks might mean the "woman's religious status grew with age," Nature reported. A high priestess, perhaps?

Read more: These Autopsies of 300-Year-Old Mummies Are Unraveling Mysteries of the Past

More from Mic.com:
Emma Watson's Met Gala Dress Was Made Entirely of Recycled Plastic, and It Slayed
Alicia Keys' "In Common" Might Be the Best Single of Her Entire Career
This Hardcore Egyptian Mummy Is Covered in Over 30 Intricate Tattoos