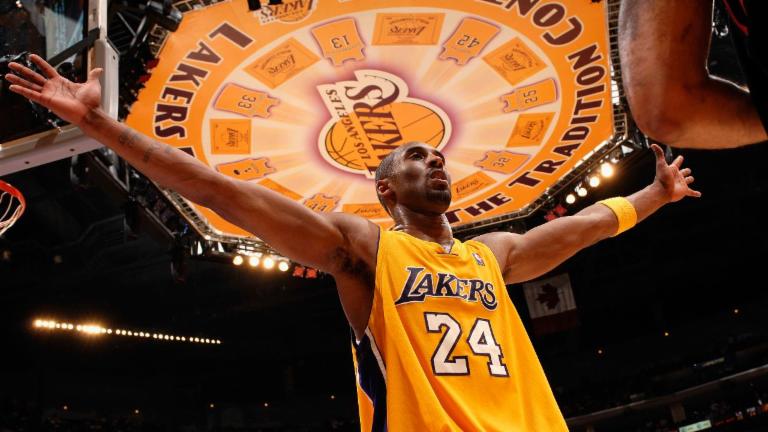 Now that Kobe Bryant is retired he has gone all-in on the investment and business world, something he prepared for by leaning on billionaire investor Chris Sacca. But even though Kobe is done playing basketball, that doesn't mean he isn't still driven by some of the slights that happened to him during his NBA career.

Sacca was a guest on "The Bill Simmons Podcast" and told anincredible story about how Bryant reached out to him to learn more about the investing and start-up world. Bryant had become so obsessed with learning about that world, that Sacca's wife jokingly asked her husband if he was having an affair with Kobe Bryant.

Well, after Bryant did his homework and was ready to start some projects, logically he teamed up with his mentor, Sacca. While Sacca didn't reveal what the collaboration was, he did tell a great story about how the business venture got its name.

"Kobe and I collaborated on something briefly that we were setting up for him," said Sacca. "I was like, 'What should we call it, like Mamba or whatever?' And he came back said, 'No, no, no. I want to call it 13.' Do you know why? It's sports related and this was like two years. He said, 'Can you believe they drafted 12 other motherf****** before me?' He still wears that, man."

In that 1996 draft class, future Hall of Famer Allen Iverson was taken No. 1 overall. But after him, there are a lot of picks where teams were probably kicking themselves for a few years later. You can see the members of that draft class at the link below.

SEE MORE: WHERE ARE THEY NOW? The players from Kobe Bryant's legendary 1996 NBA draft

More from Business Insider:
Billionaire investor Chris Sacca told an amazing story about how obsessed Kobe Bryant is with being a successful investor in the start-up world
Kobe Bryant's business venture with a billionaire investor is called '13' because he is still obsessed over how many teams didn't draft him
The NBA admits the refs missed these 5 calls in the final 13.5 seconds of Spurs playoff loss to the Thunder