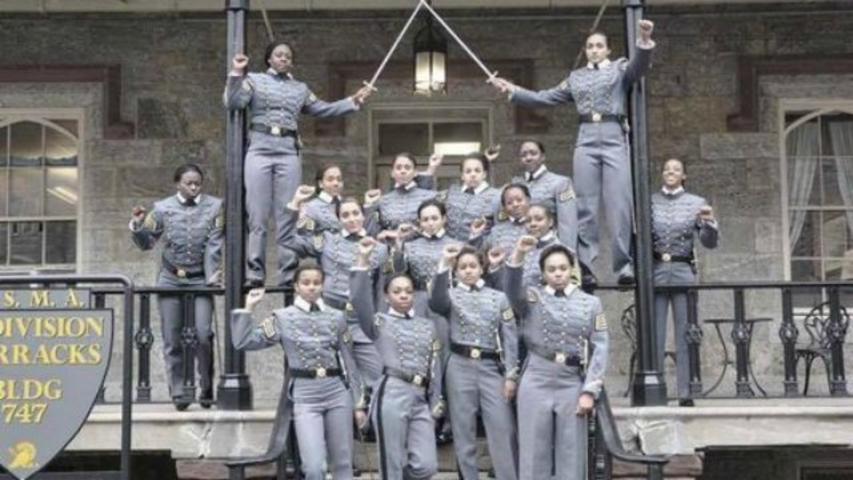 A group of 16 black female cadets is being investigated by West Point officials after a picture circulated of the group of them raising their fists.

SEE ALSO: King Tut's tomb may have been intended for a woman

According to the Army Times, there are claims the photo was done in direct support of the Black Lives Matter movement.

"We can confirm that the cadets in this photo are members of the U.S. Military Academy's Class of 2016," said West Point's director of public affairs Lt. Col. Christopher Kasker in an emailed statement to the Army Times. "Academy officials are conducting an inquiry into the matter."

The inquiry is meant to determine whether or not the cadets violated the Department of Defense Directive 1344.10, Political Activities by Members of the Armed Forces, a policy that warns against "partisan political activity" while in uniform and also provides a list of political do's and don'ts for those who are in the service.

The controversy was further stirred when motivational coach John Burk posted the image to his fitness website In The Arena with a post about how troops should not "display a partisan political sign, poster, banner, or similar device visible to the public at one's residence on a military installation, even if that residence is part of a privatized housing development."