Sources: Takata to announce recall of 35M to 40M US air bag inflators 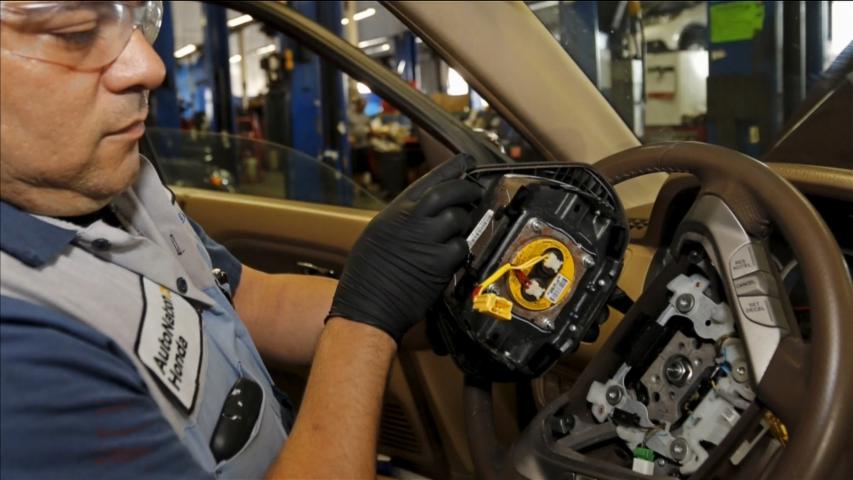 WASHINGTON, May 3 (Reuters) - Under pressure from U.S. regulators, Japanese air bag manufacturer Takata Corp is expected to announce as early as Wednesday that it is recalling 35 million to 40 million additional inflators in U.S. vehicles, three sources briefed on the matter said on Tuesday.

The expanded recall will be phased in over several years and more than double what is already the largest and most complex auto safety recall in U.S. history. The new recall will cover all frontal air bag inflators without a drying agent, sources briefed on the matter said.

To date, 14 automakers, led by Honda Motor Co, have recalled 24 million U.S. vehicles with 28.8 million inflators due to the risk that they can explode with too much force and spray metal shards inside vehicles.

In recent days, officials from the U.S. National Highway Traffic Safety Administration (NHTSA) told Takata they need to expand the recall based on the government's determination of the root cause of the problems, sources briefed on the matter said.

NHTSA spokesman Bryan Thomas declined to confirm the expanded recall. "NHTSA has reviewed the findings of three separate investigations into the Takata air bag ruptures. The recall of Takata air bag inflators... continues and the agency will take all appropriate actions to make sure air bags in Americans' vehicles are safe."

Takata spokesman Jared Levy declined to confirm the expansion, but said the company is "working with regulators and our automaker customers to develop long-term, orderly solutions to these important safety issues."

Last month, NHTSA said there were about 85 million unrecalled Takata air bag inflators in U.S. vehicles that would need to be recalled by 2019 unless the company can prove they are safe.

The recall expansion, earlier reported by The Wall Street Journal, leaves open the question of whether about 50 million inflators - including 18 million side inflators and about 32 million frontal and side airbags with drying agents - will eventually need to be recalled.

At least 11 people have been killed worldwide in incidents linked to defective Takata inflators. The latest was the March 31 death of a 17-year-old driver in Texas.

Under an agreement signed last year, the company has until 2019 to demonstrate that all of its unrecalled air bag inflators are safe.

The prospect of ballooning recall costs has prompted Takata to look for a financial backer.

More on the Takata airbag recall:

Sources: Takata to announce recall of 35M to 40M US air bag inflators
WASHINGTON, DC - MAY 19: NHTSA Administrator Mark Rosekind (L) and U.S. Transportation Secretary Anthony Foxx (R) speak about the Takata air bag recall during a news conference at the Department of Transportation May 19, 2015 in Washington, DC. It was announced that the Takata Corp. has agreed to declare 33.8 million of its inflator mechanisms defective which will bring the number up to about 34 million autos, making it one of the largest consumer product recalls ever. (Photo by Mark Wilson/Getty Images)
The logo of the Toyota automobile company is seen on the window of a company showroom in the Indian capital New Delhi on May 13, 2015. Japanese auto giants Toyota and Nissan on May 13, 2015, said they were recalling 6.5 million vehicles globally in the latest chapter of an exploding airbag crisis linked to several deaths. The world's biggest automaker said its recall of five million vehicles affected 35 models globally produced between 2003 and 2007, while Nissan said it was calling back 1.56 million vehicles also due to faulty airbags made by embattled supplier Takata. AFP PHOTO / Chandan KHANNA (Photo credit should read Chandan Khanna/AFP/Getty Images)
Japanese auto parts maker Takata's child car seats are displayed at a showroom in Tokyo on May 20, 2015. Takata is doubling a recall of US cars with potentially deadly airbags to a record nearly 34 million vehicles, sending the firm's shares plunging in Tokyo. AFP PHOTO / Yoshikazu TSUNO (Photo credit should read YOSHIKAZU TSUNO/AFP/Getty Images)
Up Next