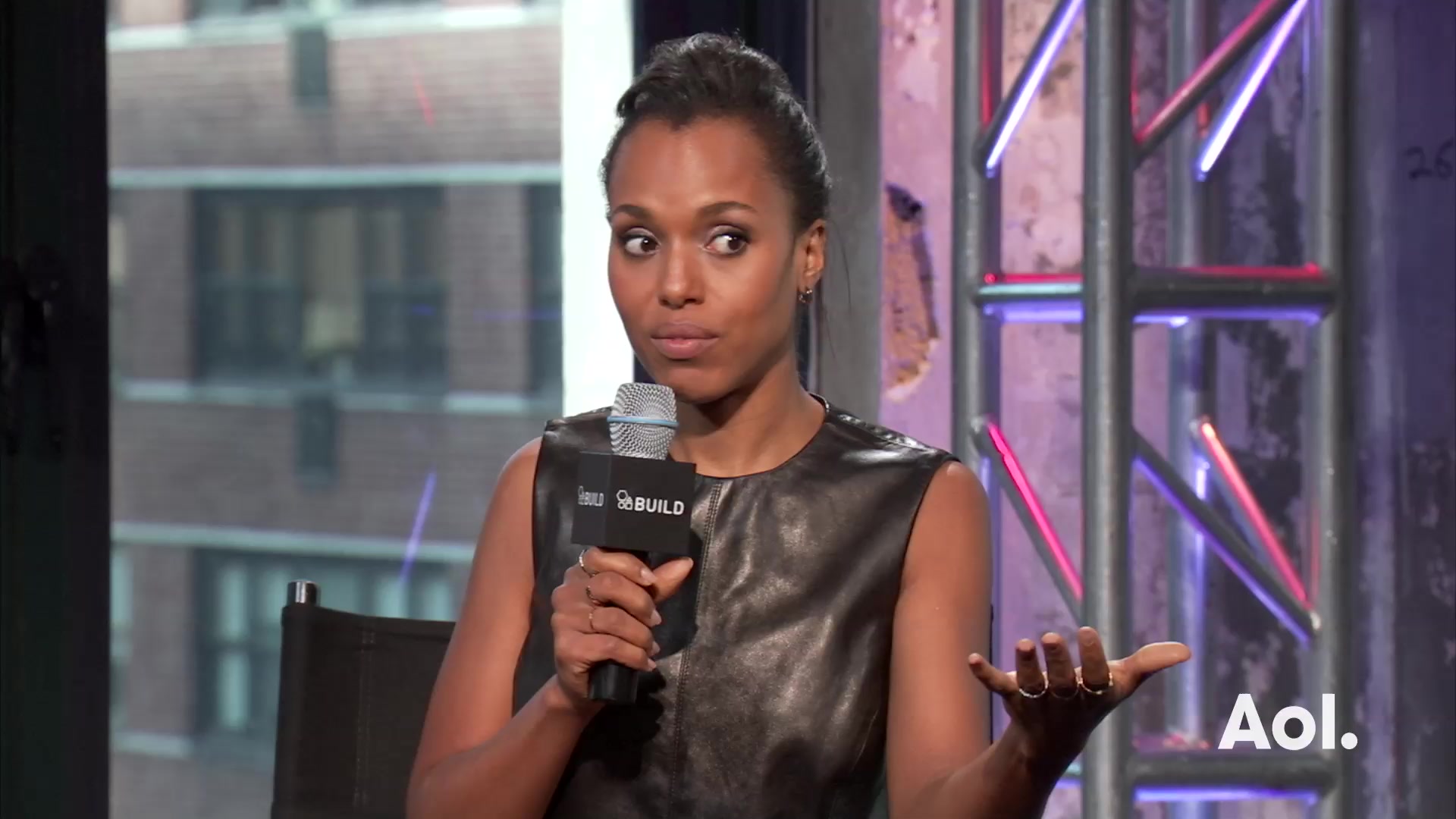 Olivia Pope is back in fighting form on "Scandal," which anchors ABC's Thursday night lineup. And she calls the May 5 episode something no one should miss. Especially given our fraught presidential election, and the fact that Donald Trump appears to be the presumptive GOP candidate.

"You know I can't tell you. But tomorrow's episode, particularly in this election year – the episode is titled 'Trump Card.' To me it's one of the most important episodes we've ever made. I'm so moved that I get to be a part of this show," says Washington, saying she cried during the table read.

She's been all over the news of late, with speculation about her second pregnancy. Can we go ahead and confirm it? "Sure," she says. 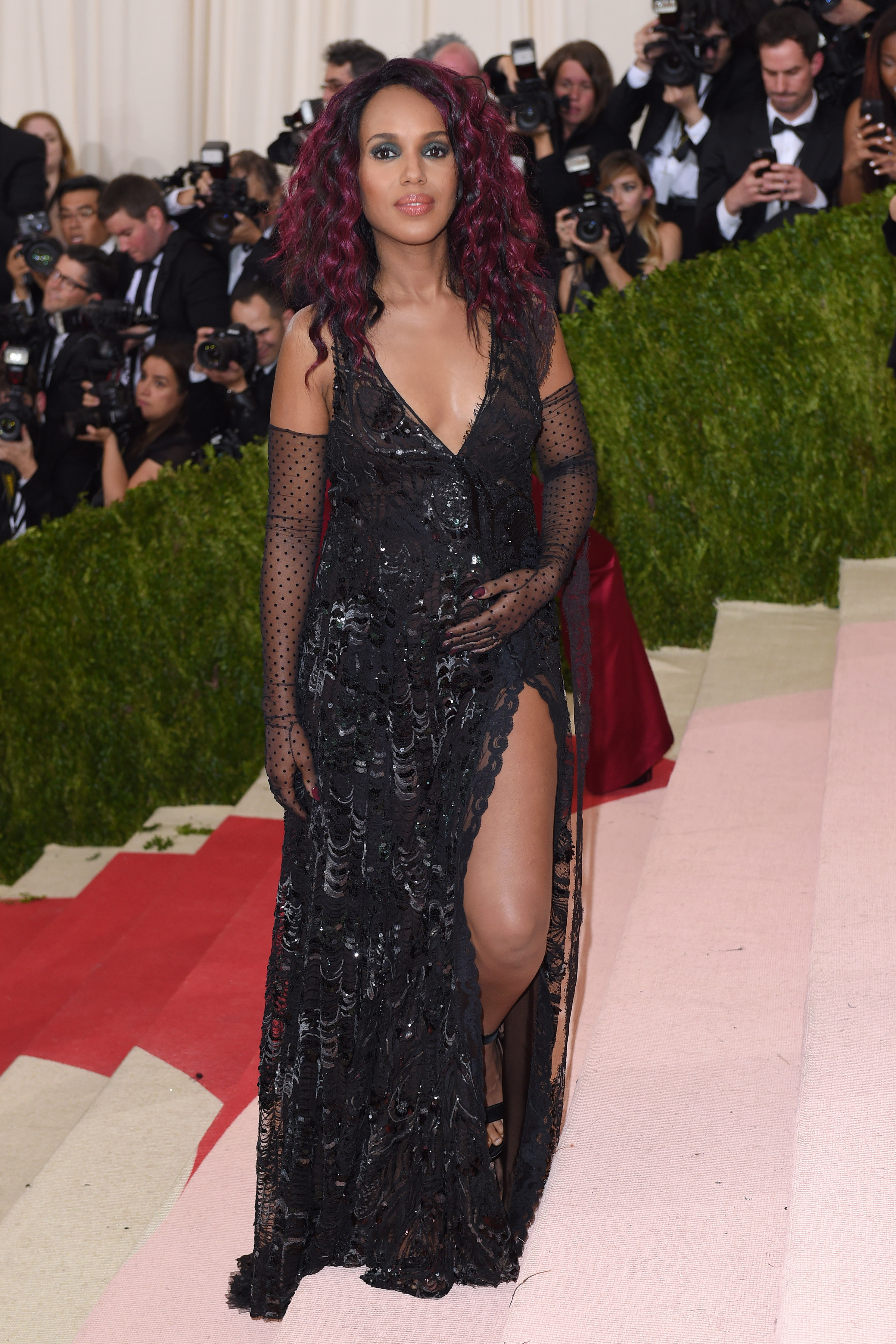 Plus, she was stupendously dramatic and gothic in Marc Jacobs at Monday's Met Gala. She had her eye on the dress since Fashion Week.

"When I saw the show – I didn't know I was going with Marc yet to the Met Ball – I emailed them to say I had to wear that dress. It felt really fun. It felt timeless. I knew the exhibition wasn't going to be about computers. It was really about using technology to maintain a sense of timeless fashion and design. That dress felt timeless to me," she says.

The actress walked the red carpet at the SNL 40th Anniversary Special wearing a cool oversized white blazer and pumps.

For the 'Scandal' event at the 32nd Annual PaleyFest, Washington sported a Mary Katrantzou Pre-Fall 2015 sleeveless blouse and an abstract jacquard skirt, adding a pop of color with yellow pumps.

Washington wore a stunning pink silk gown by Prada, along with emerald green heels to the 2015 Met Gala.

Washington wore an alice + olivia by Stacey Bendet jumpsuit with Christian Louboutin pumps, a Movado watch and Lorraine Schwartz earrings to the 2015 ABC NY Upfront Presentation in May.

Washington attended the Glamour Women of the Year Awards in June wearing a David Koma strapless top and skirt with EFFY and EF Collection jewels. She carried an Edie Parker clutch.