Arrest made in abduction and death of New Mexico girl, 11 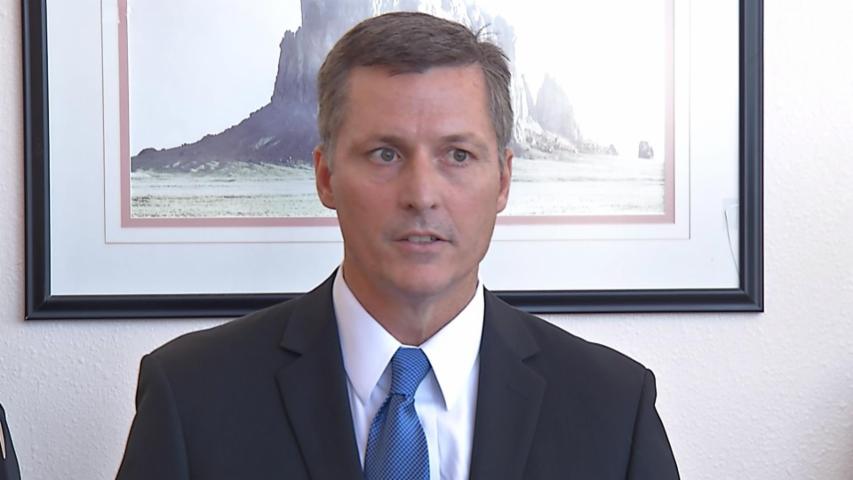 A man has been arrested in the abduction and death of an 11-year-old girl whose body was found on Navajo Nation land in New Mexico, the FBI announced Tuesday night.

The arrest was made hours after the FBI pledged to "leave no stone unturned" in the hunt for whoever abducted Ashlynn Mike near her home Monday. The child's body was found Tuesday morning about 6 miles south of the Shiprock monument, the FBI said.

SEE ALSO: Here's why Florida is the state to watch in November

Tom Begaye, 27, of Waterflow, New Mexico, was arrested late Tuesday and is due to appear in court Wednesday, the FBI said. Further details were not immediately released.

The girl was kidnapped along with her 9-year-old brother at around 2:30 p.m. MT Monday outside their San Juan County home, and the boy was later found walking on a road south of the monument, officials told NBC affiliate KOB. The children were taken from the Fruitland area, east of Waterflow, the FBI said.

Her body was found at around 11:30 a.m., the Navajo Nation and FBI said. The discovery was made south of the monument over 20 miles away from where the kids were taken, FBI Special Agent in Charge Terry Wade of the Albuquerque Field Office said earlier.

The U.S. Marshals were among several law enforcement agencies looking for a suspect.

Navajo Nation President Russell Begaye said in a statement earlier Tuesday, "The Navajo Nation mourns the death of one of its children," and asked for prayers for Ashlynn's family. The suspect is not related to the Navajo Nation president, the nation's public safety director told The Associated Press.

"Our hearts are broken. Our students are family," Bowman said in a statement.