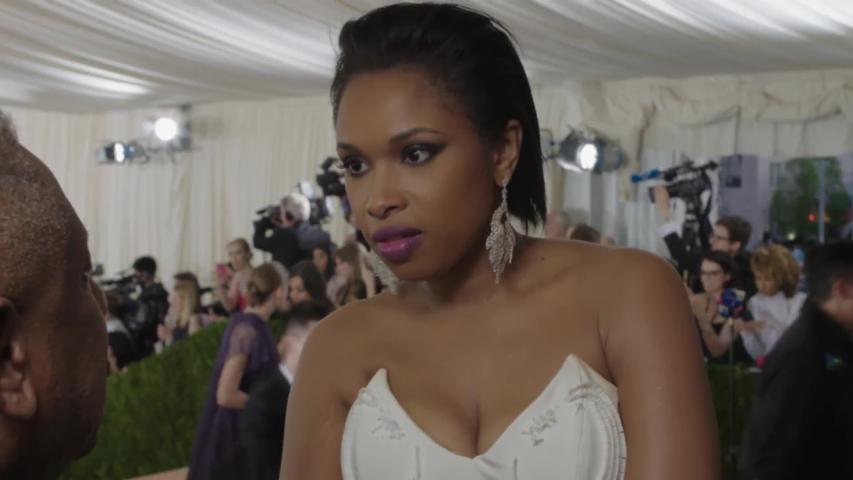 When the Tony nominations were announced this morning, most people were quick to analyze just exactly how well Hamilton fared. (Record breaking! Surprised?) But when the initial excitement dissipated a bit, one thespian spoke out regarding her lack of nomination — and her subsequent lack of surprise. Jennifer Hudson, who made her Broadway debut as nightclub singer Shug Avery in the revival of The Color Purple, was quick to respond to a fan on Twitter who denounced her snub in a now-deleted tweet: 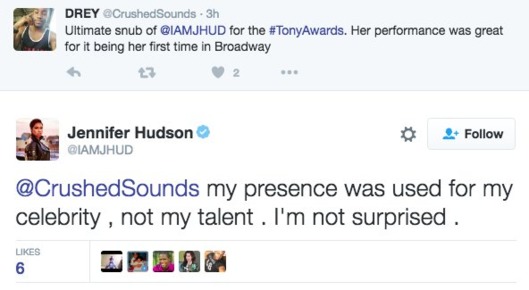 The Color Purple ended up collecting a hearty five nominations — including Revival of a Musical and Performance by an Actress in a Leading Role in a Musical — but, yeesh, this is some unexpectedly blunt honesty. Can somebody take her and Audra McDonald out for a well-deserved drink or two?

More from New York Magazine:
2016 Tony Award Nomination Snubs and Surprises
Why Jennifer Hudson Isn’t Too Surprised She Got Snubbed for a Tony
6 Best New Songs of the Week