50 Cent bullies teen with disabilities claiming he was on drugs 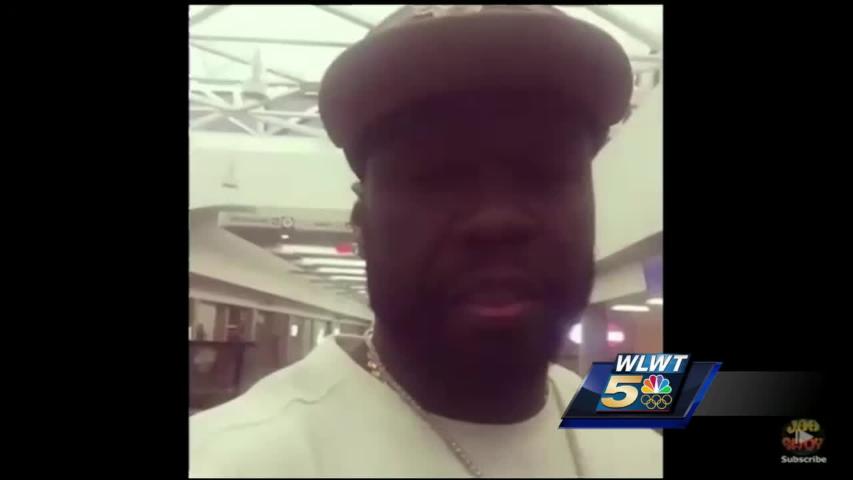 Bankrupt rapper 50 Cent is in hot water over a video in which he bullies a teen with disabilities.

50 Cent, real name Curtis Jackson, was at Cincinnati/Northern Kentucky International Airport when he filmed a janitor working at the airport, claiming that the teen was high.

"The new generation is crazy," 50 Cent said in the video, which he uploaded and later deleted from his Twitter account earlier this week.

"What's your name?" 50 Cent asked 19-year-old Andrew Farrell, who was later identified by his parents. "What kinda shit you think he took before he got to work today? He high as a mother fucker right here in the airport."

According to an interview with WKRC Cincinnati, Andrew's mother Amanda says that he has social anxiety and is on the autism spectrum.

"It hurts to watch that, it's painful," said Andrew's stepfather, Ken Kramer, told WKRC. "You come up and you start talking to a kid you know nothing about. That's not fair. That's a slap in the face."

Andrew's family is requesting a formal apology from the rapper.

Andrew said he was unaware that a celebrity was the one who was harassing him while on the job, and his mother claims that she thinks this angered 50 Cent.

"Personally, I think the guy was mad. Andrew didn't know who he was right away and he ignored him and he did his job and went about his business. I think he was mad and offended that someone didn't flock to him," Amanda told WKRC.

Andrew says that he's happy with the person that he is.

50 Cent has yet to make an apology, and his social media accounts are now littered with backlash.

"If you don't know someone has disabilities, be a grown adult and not assume and leave them alone," said one person on Instagram. "He could've walked away, instead he followed the kid harassing him. Doesn't do any good to remove something that went viral. And the trauma it caused the kid at the time is shameful and can't be erased like posting the video can."

This isn't the first time 50 Cent has received backlash. In 2012, he publicly apologized for an insensitive tweets about autism.