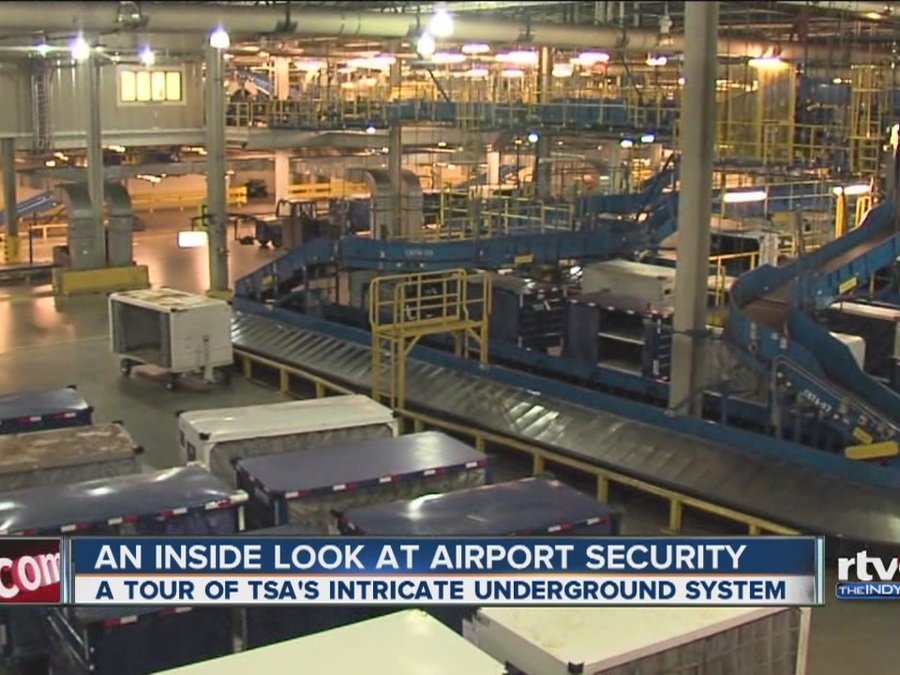 When you throw your loose change in a plastic bin during an airport security screening, did you know that the Transportation Security Administration is using it to line its own pockets?

Though "finders, keepers" isn't a law that's technically enshrined in the constitution, members of the agency have apparently been deferring to the rule for years to keep the coins they inherit on the job. And it's completely legal -- a 2013 law passed by Congress enables the TSA financial office to keep the change, as long as it doesn't go directly to individual officers.

RELATED: The most bizarre items found by the TSA

TSA made $765,000 from your loose change in 2015
Some of 66 dead canaries are on display at the customs sector of the Guarulhos international airport in Sao Paulo, Brazil, on September 25, 2008, prior to be sent back to their country of origin Peru. A Portuguese national smuggling 200 canaries was arrested upon arriving from Lima and was accused of animal trafficking. 66 of the 200 birds died from suffocation, authorities said. AFP PHOTO/Mauricio LIMA (Photo credit should read MAURICIO LIMA/AFP/Getty Images)
PERTH, AUSTRALIA - APRIL 6: Police evidence, in connection with UK beauty student, Eleanor Kathleen Taylor's arrest, is displayed in this Police handout image April 6, 2006 in Perth, Australia. Taylor was apprehended on April 2, 2006 at Perth Airport for allegedly trying to smuggle more than 10,000 amphetamine tablets into Australia. (Photo by Australian Federal Police via Getty Images)
INDONESIA - 1990/12/17: The return of the Bangkok Six. Six baby orang-utans were found in crates labelled as 'live birds' on the tarmac at Bangkok's airport. They had been smuggled out of Borneo and were bound for Belgrade. Professor BirutÃ© Galdikas and volunteer Dianne Taylor-Snow repatriated the baby's back to the rehabilitation center called Camp Leakey in Borneo.. (Photo by Peter Charlesworth/LightRocket via Getty Images)
Up Next

There are currently more than 19,000 airports in the United States, according to the Department of Transportation, a number which makes the chunk of change seem a bit smaller, all things considered.

The TSA said in a statement to USA Todaythat while it makes every effort to link abandoned cash with its rightful owner, sometimes it just doesn't work, and that's, you know, not the TSA's problem, if you think about it.

"TSA makes every effort to reunite passengers with items left at the checkpoint, however there are instances where loose change or other items are left behind and unclaimed" TSA Spokesperson

"TSA makes every effort to reunite passengers with items left at the checkpoint, however there are instances where loose change or other items are left behind and unclaimed," a TSA spokesperson said. "Receipts of unclaimed money are deposited into a Special Fund account so that the resources can be tracked easily and subsequently expended."

So, by the looks of it, the TSA is mostly doing a combination of sitting on the money and using it to reunite flyers with their lost items. Now, if only we knew what they were doing with all of the confiscated hair spray and sunscreen.

RELATED: The world's most frustrating airports

More from Mic.com:
Woman Sues Starbucks Because They Put Too Much Ice in Her Drinks
Tsunami Caused by Meteor Impact Off East Coast Was Actually Routine Buoy Maintenance
Indian Teen Accidentally Shoots Himself in Latest Selfie Death