Federer out of Madrid Open with back injury 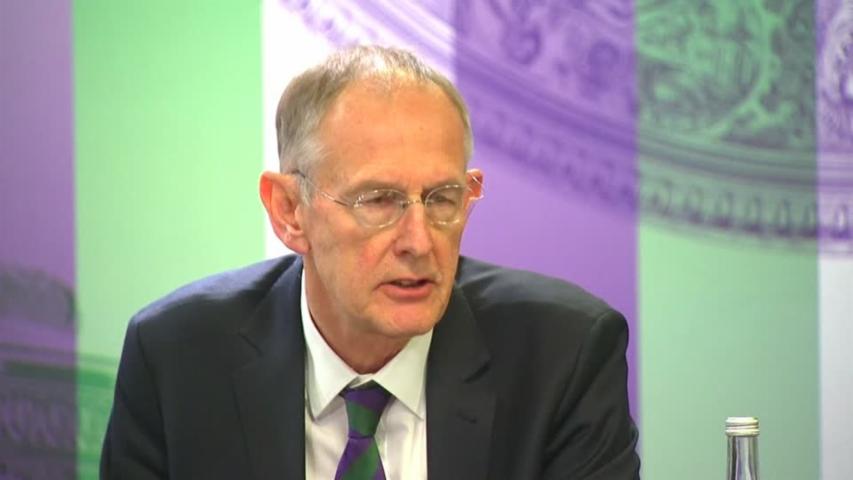 Former world number one Roger Federer has pulled out of this week's Madrid Open with a back injury.

The Swiss great traveled to the Spanish capital for the tournament but was unable to practice on Monday and announced his withdrawal.

Federer, however, said he would be back for the Rome Masters next week.

"I don't want to take more chances as I know I'm not going to be fully ready for Wednesday," he added, referring to his opening match.

"I would rather play it safe and rest up now and get ready for Rome. I'm sorry to the tournament for coming and leaving without playing.

"I arrived and I was okay and then I practiced on Saturday and hurt my back a little bit and stopped early. I'm very disappointed to say the least," said Federer.

"I changed my schedule around and practiced well in Switzerland before coming here."

Federer said he was not worried about his preparations for the French Open that starts on May 22.

"I've been doing a lot of practice on clay," the world number three explained. "I don't always need a lot of matches to feel 100 percent ready.

"With my experience and the way I feel about big tournaments, if I have matches, great. If I don't, I trust in my game, in my mind that I'll be fine regardless of the preparations."

Federer out of Madrid Open with back injury
MARSEILLE, FRANCE - FEBRUARY 2: Roger Federer of Switzerland returns to Carlos Moya of Spain to qualify for the second round of the Open 13 Tennis tournament on February 2, 1999 in Marseille, France. Federer won 7-6(1), 3-6, 6-3. (Photo by Georges Gobet/AFP/Getty Images)
22 Feb 2000: Roger Federer of Switzerland plays a backhand during the AXA Cup 2000 at the London Arena in Docklands, London. (Photo by Clive Brunskill /Allsport)
(GERMANY OUT) Australian Open 2001 in Melbourne (Photo by Claus Bergmann/ullstein bild via Getty Images)
Roger Federer of Switzerland holds up the Wimbledon trophy after defeating Mark Philippoussis of Australia in their Men's Final match at the Wimbledon Tennis Championships 06 July, 2003 in Wimbledon, south London. Federer won 7-6, 6-2, 7-6. (Photo by Thomas Coex/AFP/Getty Images)
SHANGHAI, CHINA: Swiss world number one tennis player Roger Federer jubilates after beating Ivan Ljubicic of Croatia in their match at the Tennis Masters Cup in Shanghai, 15 November 2005. Federer won the match 6-3, 2-6, 7-6 (7/4). (Photo by Mark Ralston/AFP/Getty Images)
CUDDALORE, INDIA: Swiss tennis player and UNICEF Goodwill Ambassador Roger Federer interacts with children at a shelter for people affected by the December 2004 tsunami, in Cuddalore, in India's southeastern state of Tamil Nadu, 22 December 2006. Over 200,000 people lost their lives in the 2004 tsunami which hit the Indian Ocean coastline, 8,000 of them in Tamil Nadu. The UNICEF has been working on relief and recovery in 8 countries since the tsunami struck, building shelters but also steering programmes in health and nutrition, drinking water, education and child protection. (Photo by Strdel/AFP/Getty Images)
Roger Federer of Switzerland reacts during his men's final match against Andy Murray of Great Britain at the US Open tennis tournament on September 8, 2008 at the USTA National Tennis Center in New York City. Federer won the first two sets of the US Open final 6-2 and 7-5 over Murray as the Swiss second seed bids for his 13th Grand Slam title and fifth straight US Open crown. (Photo by Timothy A. Clary/AFP/Getty Images)
MELBOURNE, AUSTRALIA - JANUARY 31: Roger Federer of Switzerland poses with the Norman Brookes Challenge Cup in the players locker room after winning the men's final match against Andy Murray of Great Britain during day fourteen of the 2010 Australian Open at Melbourne Park on January 31, 2010 in Melbourne, Australia. (Photo by Clive Brunskill/Getty Images)
LONDON, ENGLAND - JULY 08: Roger Federer of Switzerland celebrates after winning his Gentlemen's Singles final match against Andy Murray of Great Britain on day thirteen of the Wimbledon Lawn Tennis Championships at the All England Lawn Tennis and Croquet Club on July 8, 2012 in London, England. (Photo by Clive Brunskill/Getty Images)
NEW YORK, NY - AUGUST 23: Professional tennis player Roger Federer attends the ATP Heritage Celebration at The Waldorf Astoria on August 23, 2013 in New York City. (Photo by D Dipasupil/Getty Images)
Up Next