This rapper is paving the way for female hip hop artists 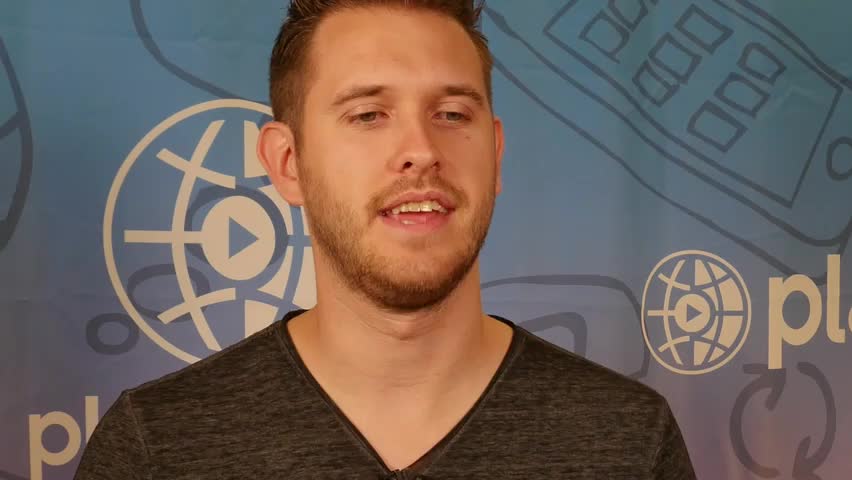 Daisha McBride's Twitter and Instagram handles may be 'The_RapGirl', but her message and presence is far less simple than her username may let on. Yes, she's changing the rap game first of all by being female, thus making 'the rap girl' an apt title. But that's not all.

"Just be yourself," McBride says of reaching social media stardom, which she's no stranger to with over 280,000 Vine loops and more than 50,000 Twitter followers. And that's what she's all about -- originality. Her mantra shines not only in her original music, which you can find all over her social channels, but also in her personality.

McBride chatted with #KanvasLive at Playlist Live, the premier annual convention for all things social media and content creation. Ahead, find out what the social media star's favorite emoji is, the movie that inspired her most prized lyric and a totally adorable fan encounter!

Playlist Live was a total blast:

What brings you to Playlist Live in Orlando? Is this your first year here?

Yes! It's my first Playlist Live and I'm a creator this year, so I guess I'm pretty lucky to be a creator my first year. I do rap covers on Twitter, and I'm just excited to be here! It's a new experience, but I like it so far. A lot.

Have you had a favorite fan moment yet?

I met a girl my first day here who was really sweet. She saw me at first, but I guess she was afraid to come up to me and say hey, so I went to my room and I was about to take a nap. I was checking my Twitter notifications and she was like, 'I'm down here in the lobby!' So I got back out of bed and I went back down to meet her and she was really nice.

When I saw how many people reacted the first time I put out a video, and how many positive responses I got. To me, rapping is easy so I can do this every day! Why not keep doing it if it gets such a positive reaction and it's fun?

Do you have a favorite rap verse of yours, and of a major artist that you love?

My favorite movie is 'Mean Girls', and there's a line in it where she says "the limit does not exist." I have a line where I say, "I ain't just another plain rapper on your list, make sure what you mean, girl, my limit don't exist." I just really wanted to throw that in there and I think it's one of my favorites!

I'm a Nicki Minaj fan, and I can't really say my favorite verse from her because it's kind of inappropriate.

What advice do you have for someone getting into the music space or the social media space?

I'd say just be yourself and create content that's different. I feel like there are a lot of people here who do sort of the same thing and I think it's cool if you just branch out and be yourself. If you're getting into social media, I'd say be open to criticism because you will get negative comments but I think it helps you overall.

What are you most excited for for the rest of the year?

Awesome! And what is your favorite emoji right now?

My favorite emoji is the looking-eye emoji -- I feel like I make that face a lot!

See what else you missed at Playlist Live:

More from Kanvas:
This social media CEO serves his clients in a way no one else can
Millennial musician has the wackiest fan encounters ever
Viral musician turning heads with an unlikely instrument