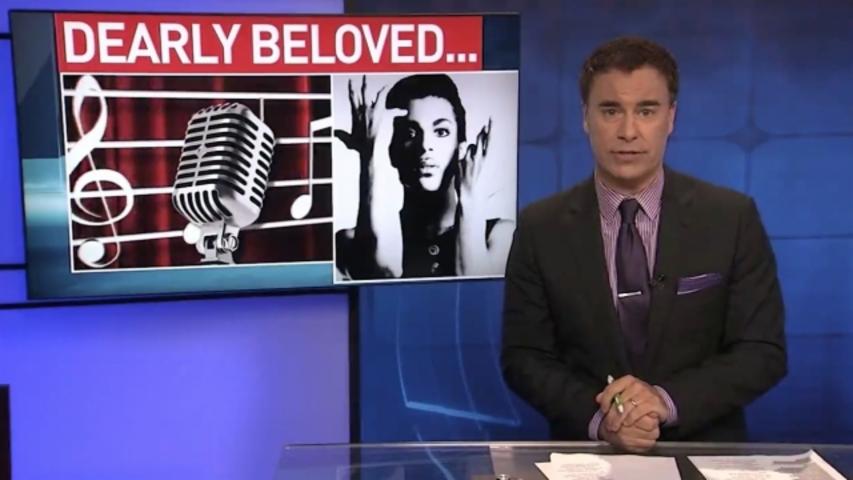 It looks like not everyone loves a creative Prince tribute — at least not in Nashville, Tennessee.

Dan Phillips, a former sports anchor at the Fox affiliate WZTV, says he was fired Friday because he anchored an entire sportscast full of lyrics from the purple icon.

EXPLORE MORE: Tracy Morgan remembers the time he got thrown out of a party at Prince's house

"Dearly beloved, we are gathered here today to get through this thing called life. An electric word, life, but I'm here to tell you there's something else: the NHL playoffs," Phillips said during the sportscast.

Click through the gallery to see how stars reacted to Prince's death:

The Prince-filled report aired April 21, the day the artist was found dead at his Minnesota home. The video was also posted to his Facebook and has lots of nice comments. But Phillips claims not everyone was into the tribute, saying, "There were apparently some viewers, as well as management at the station, who did not feel the same way. They felt I was insensitive."

Watch the whole sportscast below:

Despite Phillips' claim, he wouldn't confirm to The Tennessean why he was fired, and WZTV hasn't commented on the matter. According to Deadspin, Phillips was with the station for more than 10 years.

RELATED: See photos of Prince through his career:

More from AOL.com:
'Property Brothers' star Jonathan Scott gets in a bar fight
Tom Brady steps out with a new hairdo
Former 'The Originals' star Claire Holt gets married