Man accused of running down golfer with cart at Denver course

Richard Ponds, 57, was charged with assault after he was accused of running down another golfer with a golf cart,The Denver Post reported.

RELATED: There's no putts about it — there was only room for one gigantic gator on this golf course

According to the Denver Post, the victim told police he got into an argument with Ponds because he was sitting in his cart in the middle of the golf course, even though he was done golfing. He then told police that Ponds drove "full speed" at him.

Ponds ran the man down, and according to an affidavit, the victim had a cut on the side of his forehead that needed stitches, along with some bruised ribs. 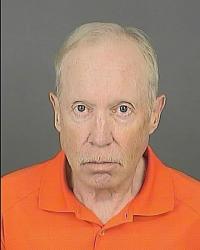 Harold Appell, who works at a pro shop for Patty Jewett Golf Course in Colorado Springs, told The Denver Post that he's seen a lot of violence on golf courses during his 40 years of golf, but never witnessed a hit-and-run with a golf cart.

"It's public golf. People are crazy," he said. "What can I say? It's like road rage — people just get upset," Appell told The Denver Post.

More from Rare:
"Teen Mom" Farrah Abraham tried getting into an Instagram war with Blac Chyna and fans took care of it
The BBQ pit boys show us how to make an amazing pizza in a cast iron pan on the grill
This truck driving over a sheet of bubble wrap is weirdly satisfying