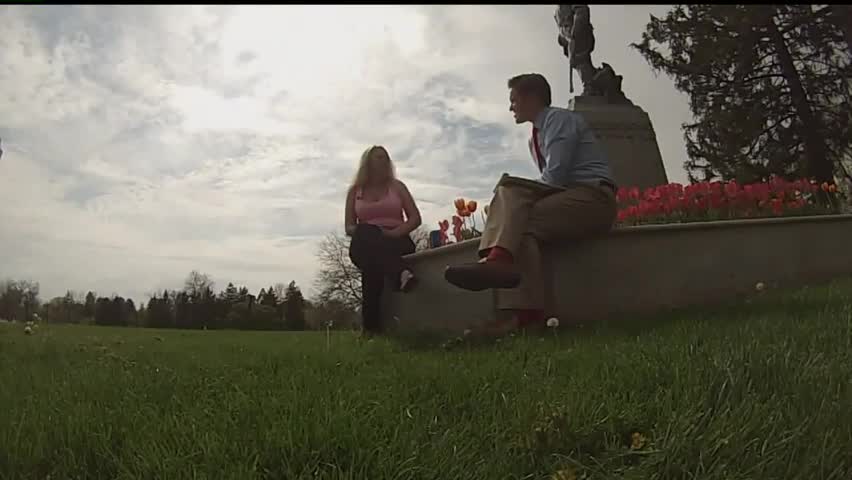 INDIANAPOLIS, Ind. (WXIN) – A woman who says Jared Fogle wrote her from prison is talking to FOX59. Brena Firkins says she had a very personal relationship with the ex-Subway pitchman years ago and feels sorry for him as he sits behind bars, so she reached out.

A short one-page letter gives us a small glimpse into life behind bars for Fogle and what he said has been unfair treatment by the media and others.

The envelope is marked with Fogle's prison identification number, 12919-028.

Firkins says she first reached out to Fogle.

"I kind of felt bad for him, and I wrote him to see how he was doing. And he wrote me back and sent this letter that was kind of horrifying," said Firkins.

She shared the letter with FOX59.

Photos of the letter and recipient Brena Firkins:

One part reads, "I made a couple of mistakes but nothing like the media reports have said. They are making me into some sort of monster which is absolutely not true."

It goes on to say, "I'm currently appealing my prison sentence and am hoping for the best with it. Bottom line, my director of my foundation and friend did some bad stuff and tried to throw me under the bus with him."

A federal judge sentenced Fogle in November to 15-and-a-half years behind bars, three years longer than what prosecutors asked for.

Firkins says she met Fogle on a dating site around eight years ago and admits to have a sexual relationship for about a month before losing contact.

"We just had a good time," said Firkins, "He was, like, real generous. He took me shopping a lot. He paid for everything. He paid for my rent. He would give me gift cards."

Fogle asks Firkins to send more pictures writing, "Are you dating anyone? I need you in my life big time. I've thought a lot about you over the years but had no way to contact you."

Photos of Jared Fogle throughout his scandal and sentencing:

Fogle got treatment before he was sentenced and attended Sex Addicts Anonymous meetings twice a week in Indianapolis. In fact, the Englewood prison where Jared is housed is one of a handful in the country that offers specialized sex offender treatment programs.

"He hasn't figured out what he needs to do to get healthy," said Sheets."From that letter, he's minimizing, and sex addicts or people that have sexual compulsivity tend to minimize, justify, and defend themselves, and that's what I see in the letter. He's obviously a man who hasn't had enough recovery yet to be 100 percent responsible for his behavior."

Jared said he had access to email and encouraged Firkins to give him her email address. He asked her to write him back as soon as she got the letter. Firkins says she and Fogle exchanged emails, but now they are done talking.

"I didn't want to hurt his feelings, so I didn't say too much. He's actually probably mad at me now because of this," said Firkins.

Fogle's attorney Ron Elberger said he had no comment about the letter.

Elberger maintains in federal filings the judge's harsh sentence was unfair for a variety of reasons, including that Jared was sentenced "for fantasties." Prosecutors in filings disagree, arguing in the cases of at least two underage girls, those fantasies did become reality.

Oral arguments for Fogle's appeal are scheduled for next month in Chicago.

More from AOL.com:
Shop this video: Leggings that erase lumps & bumps
10 of the best Ross moments from 'Friends'
Prince's autopsy completed, body to be released to family