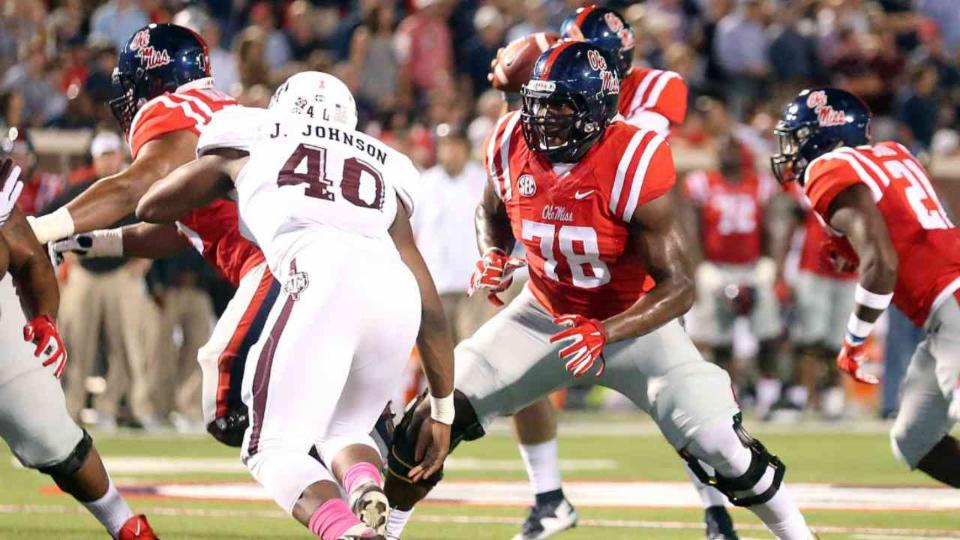 Laremy Tunsil, once the heavy favorite to be the first overall pick at the 2016 NFL Draft, tumbled down the first round on Thursday night after a video of his apparently taking a hit from a gas-mask bong was posted to his Twitter account — less than an hour before the start of the draft.

He was eventually drafted 13th overall by the Miami Dolphins.

Tunsil played offensive tackle at Ole Miss and, before the Rams traded for the first overall pick, was expected to be picked by the Titans at No. 1. Even after some trades shook up the top of the first round, Tunsil was still expected to be a top-five pick as the best offensive lineman in the draft.

But then, just minutes before the start of the draft, the video leaked from his account. As news spread, he began to fall in the draft.

Tunsil's agent confirmed that the person in the video was Tunsil, saying Tunsil's account was hacked. 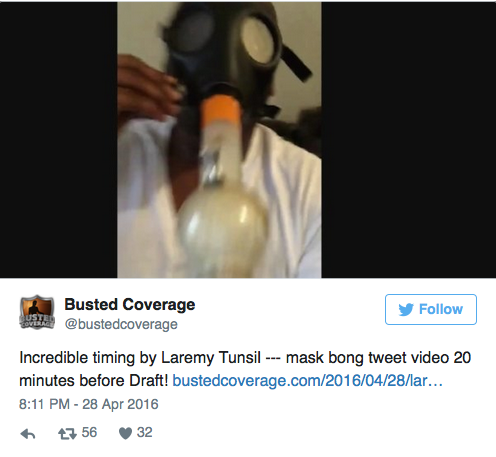 "I recreated this account to publicly apologize for the recent video posted," Tunsil wrote. "I promise to work hard on and off the field."

Tunsil was the third offensive lineman selected in the first round, behind both Ronnie Stanley and Jack Conklin, two players who were rated below him.

Some teams, including the Ravens, reportedly took Tunsil off their draft boards entirely upon learning of the video.

After he was picked, Tunsil told ESPN's Suzy Kolber that he was hacked and that he wanted to find out who did it.

According to NFL insider Ian Rapoport, after teams became aware of the video Tunsil's agent frantically called around the league to tell potentially interested teams that the video was old and not indicative of who Tunsil was.

Later in the night, Tunsil's Instagram was also hacked. Two screenshots of text-message conversations that appeared to show Tunsil communicating with an Ole Miss coach, asking for money to help pay his mother's electric bill. His Instagram account has also now been deleted.

When asked about the hacked Instagram, Tunsil fumbled through a response to reporters. At first, he said, he had no control over his phone and didn't know what had happened. Then he said he hadn't received money from his coaches, only to reverse course and say he had when pressed further. 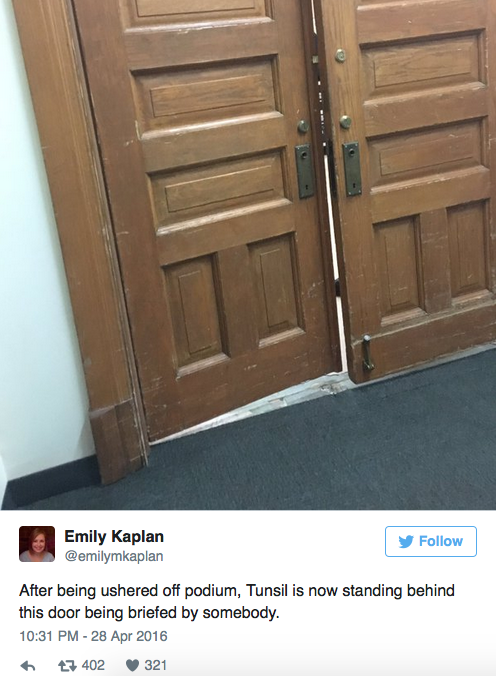 Tunsil's career at Ole Miss was marred by injury and other controversies, including a domestic-violence charge and an NCAA violation. Though he was drafted 13th overall, his pro career is not off to a great start.

More from Business Insider:
NFL MOCK DRAFT — Here is what the experts are predicting on the eve of the NFL Draft
The Dallas Cowboys are the key to the NFL draft, and nobody knows what they will do
Here's every pick from the first round of the NFL Draft, and how they compare to expert predictions