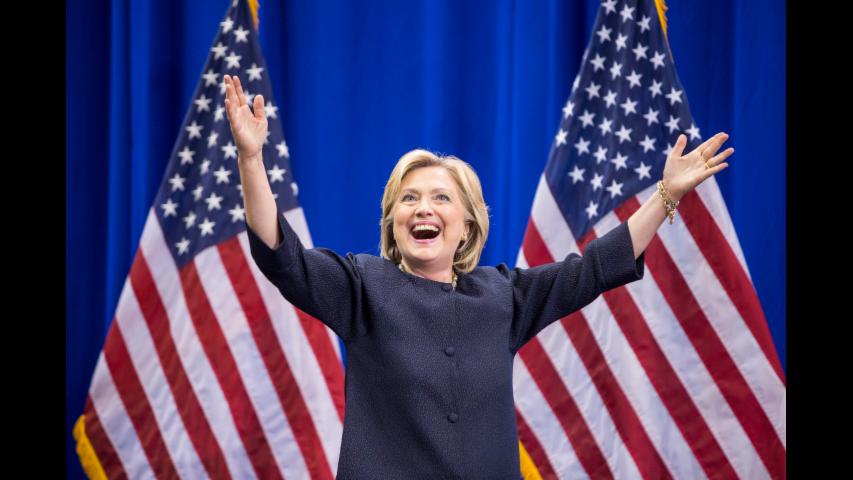 Hillary Clinton leads Bernie Sanders in the Democratic primary by about 300 delegates, and that's not including superdelegates.

But according to a new report, Clinton's lead would be a lot bigger -- if the Democratic Party were using the GOP's delegate-allocation rules.

SEE ALSO: Poll suggests millions will refuse to vote for Trump or Clinton

A writer for FiveThirtyEight calculated what the Democrats' pledged delegate count would look like if their primaries followed Republican delegate rules.

He found, under those rules, Clinton would jump from a 289-delegate lead to a whopping 977 lead.


How is that possible? Well, when it comes to assigning delegates to candidates, Democrats use a proportional system.

As an explainer from The Washington Post describes it, "Candidates get delegates in proportion to their vote share in a state's primary or caucus." Pretty cut and dry, right?

Here is how Hillary Clinton spends her money:


However, on the GOP side, rules like viability thresholds, winner-take-most districts and statewide bonuses allow a Republican candidate to snag the majority of a state's delegates, even if that state has decided to use a more proportional allocation method.

The FiveThirtyEight report notes this was meant to help end the race faster: "This was, in part, designed to give a candidate who is doing well early on a boost in delegate momentum."

Ironically, the nationwide debate over whether the primary process on both sides is "rigged" has actually focused on disadvantages to Bernie Sanders and Donald Trump.

Namely, both candidates decry that delegates hold so much power and that it's not a popular vote that decides the nominee.

More from AOL.com:
Obamacare moves to cover more criminals
Half of Americans think presidential nominating system 'rigged' -poll
Hillary Clinton is the only presidential candidate showing up to an Asian-American forum