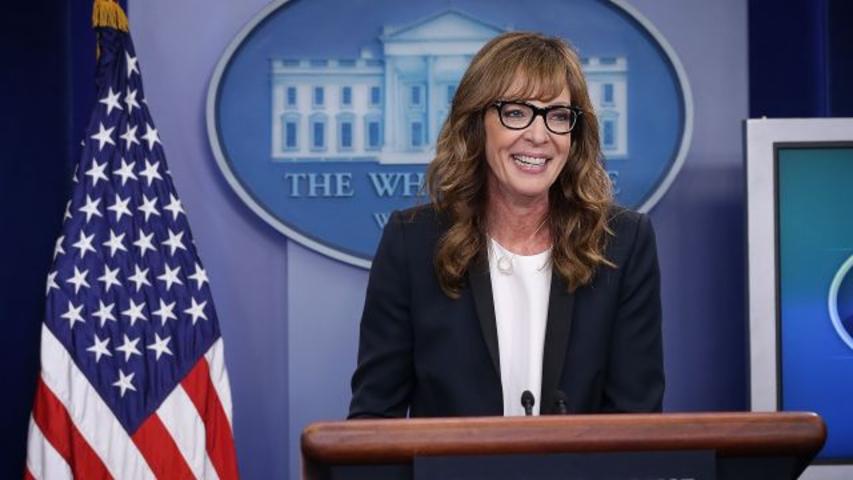 One of actress Allison Janney's most memorable roles is playing White House Press Secretary C.J. Cregg on the hit TV show "The West Wing," and the real press at the White House got a surprise when Janney appeared Friday in the press room.

After Janney said she was filling in for White House press secretary Josh Earnest, the room filled with laughs as she went back into her C.J. Cregg character.

SEE ALSO: The all-star "Mother's Day" is already one of the worst-reviewed movies of the year

But it turned out Janney was there for a serious cause. She came with Chick Lorre, executive producer on her current show, "Mom," to honor 10 individuals from across the country with the White House Champions of Change honor for their leadership in preventing prescription drug abuse and heroin use in the country.

In "Mom," which airs on CBS, Janney and costar Anna Faris play characters who are recovering addicts.

.@AllisonBJanney
AKA CJ Cregg
AKA Bonnie on @MomCBS
drops by the White House press briefing. https://t.co/TK4NJ7TEyM

More from Business Insider:
The Defense Department made a big gaffe that helps Putin and Assad in Syria
Here's a brief guide to what traders are talking about right now (JPY, SPY, DJI, IXIC, SPX)
Baby Boomers are facing a whole new retirement 'crisis'