The 1 thing every successful entrepreneur must master 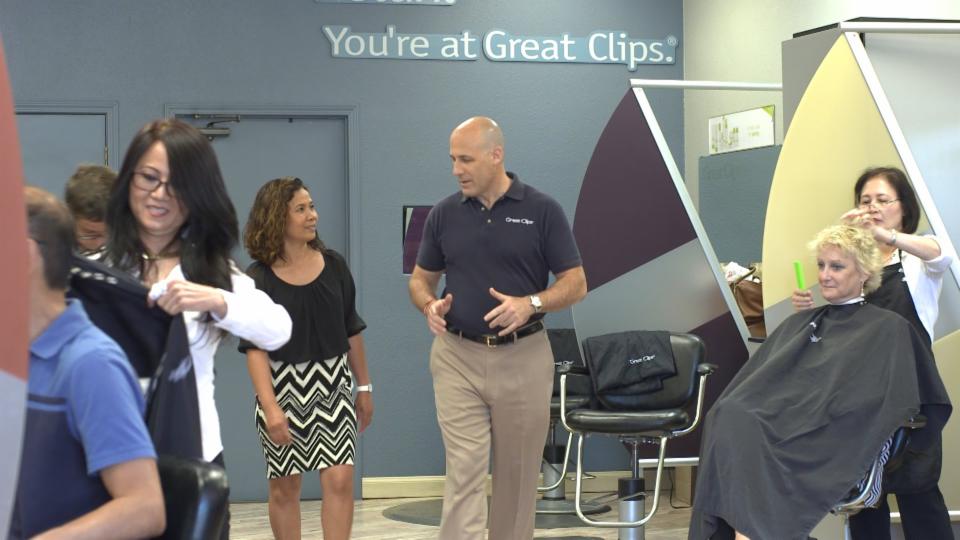 Tony Robbins has mastered the art of overcoming adversity to create success. Are you on the right track to creating monumental success in your business and life?

When I started my podcast, The School of Greatness, one of the top three people I wanted to get on the show was Tony Robbins.

That happened last year, and it's been one of the most popular episodes to date.

With the release of the paperback version of his book, we were asked to bring him back on, and I gladly accepted, as I knew there was much more wisdom we could all learn from someone who's been doing this work for nearly 40 years.

This time, we met on his private jet, as he was about to take off from L.A. It was awesome.

Our conversation took a different turn than the first time we discussed money. Tony dove deep into the mindset of abundance, positivity, faith, and prosperity.

He told incredible stories of how this applies in real life--even when you're broke! And he gave some important updates about his previous financial advice in the book.

One of the first questions I asked him was how people can get beyond scarcity. This is such a theme in our society, even for some of the wealthiest people, and I am fascinated by how powerful a scarcity mindset is.

I was expecting Tony to give me some kind of ninja mind trick to switch from scarcity to abundance. But he said:

"You never get beyond scarcity. You have to start beyond it."

Of course then I was intrigued.

Tony went on to explain that when he was starting out in his career, he'd had some success but then lost his money. He was down to his last $20 and decided to get one big meal, since he didn't know when he would have money again.

He went to a buffet and ate as much as he could. While eating, he noticed a young boy come in with his mother and how well the boy treated her.

Tony was so inspired by this that he gave all the rest of his cash to the kid after paying for his meal. He acknowledged the boy for being such a gentleman and told him to pay for his mom's lunch.

Even though he'd just given away his last dollar, he walked home feeling like a million. He was so happy, because he'd shared abundance, that he shifted completely into possibility.

The next day he got a check in the mail from a friend he had loaned money to, with interest included, and he never forgot the lesson.

This is just one of the stories Tony shared of creating incredible abundance by first living that way. We talked about the importance of having faith that your efforts really will pay off when you are doing what you feel is most important.

More From Inc.com: LinkedIn Just Made a Savvy Business Move and Nobody Noticed

I had to know how Tony stays so hungry to push himself constantly, even though he's massively successful now.

He honestly admitted that because he grew up in such tough circumstances, he doesn't want anyone to have to experience the same thing. The work he does is so impactful in supporting people in becoming their best selves, so that extreme poverty, abuse, and neglect don't happen.

I was really inspired by this perspective since I share a similar goal.

Finally, I asked Tony what was the common denominator he has seen amongst all of the incredibly successful people he knows and coaches.

He was quick to answer: consistency.

No matter how brilliant or talented you are, if you aren't consistent in your work, going after your vision every day, you won't reach massive success. I couldn't agree more.

As we discussed the power of consistent commitment, Tony explained it's also the key to happiness.

He told me all suffering comes from obsession with yourself. So to avoid suffering and create happiness, you need to focus outside of yourself. Happiness is a choice we make, he explained, it's not what our brain is wired to do naturally. When we commit daily to be of service, in contribution to the world with our gifts, we are creating happiness that cannot be taken away by circumstances that may come up. And that is what true success looks like.

More From Inc.com: Dyson's Sleek New Product Will Blow You Away

Listen to the full episode:

More from Inc.
10 thinking habits successful leaders avoid like the plague
The 4 things you must do in order to successfully pivot your business
The one smartphone hack guaranteed to make you more productive