Save money (and space) by purging old technology from your life 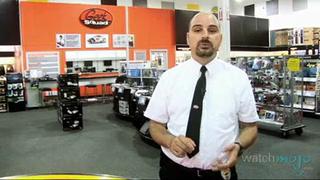 Perhaps nowhere is the old saying, "out with the old, in with the new" more relevant than when you consider technology.

We're not saying you should dump all of your old technology. And chasing every high-tech fad is foolish. But you need to think about your shifting needs and changing technology. The truth is that not upgrading may be the more expensive — and wasteful — option. With the right mix of technology you can eliminate a bunch of expensive devices and services.

Start by thinking about these money sinkholes and less costly alternatives:

Let's start with television. The Nielsen Co. estimated that this year there are about 116.4 million "TV homes" in the United States, about even with the number in 2014-2015. So if you have a traditional TV, you are still in good company. But do you need more than one? The answer is different for everyone, of course, but most millennials have moved away from traditional TV, opting to watch programs on computers and tablets on their own schedules. So if the younger folks in the house prefer that technology, think twice before you spend money to replace old TVs.

Now, what about the source of the programs you watch? Do you pay for cable or satellite? If so, consider cutting it — for a savings of about $100 a month. Use an over-the-air antenna to get television programs, along with streaming video either from the program or network's website, or a site like Netflix, Hulu, HBO Now, or Sling TV if your ISP's bandwidth cap will allow and the programs you watch are available online.

Have you tried to find a pay phone lately? Just over a decade ago there were 1.7 million throughout the United States. Now there are fewer than 250,000, according to USA Today. The reason, of course, is the boom in mobile phones and web-based services such as Skype. Today almost two-thirds of adults in the United States own smartphones, according to Pew Research. And that doesn't even count the number of kids under 18 or people of all ages who own basic cellphones. Cut your landline and save an estimated $50-plus a month. (You really don't need it. Promise.)

Phase out your DVD player (before someone else does)

Do you still watch DVDs? You can still do it that way if you want, but it's not the direction the world is going, and it's no longer the cheapest option, or the best. For one thing, Hollywood now sells online movies one to four weeks earlier than they are available on DVD — which has helped drive a boom in online rentals and sales, the Wall Street Journal reports. The writing is on the wall for old-fashioned DVDs: Redbox movie rentals plunged 24 percent in the fourth quarter of 2015, according to another WSJ report. Now is the time to check out streaming options if you have not. Meantime, definitely think twice before you invest in a new DVD player. (Remember VHS, anyone?)

It wasn't long ago that Apple stores boasted displays of still and video cameras. You won't find them at Apple anymore. In fact, many retailers have significantly cut back their photographic equipment offerings, because even many basic cellphones have cameras that suit the amateur shutterbug just fine. If you're not an enthusiast or professional, why spend hundreds or more to duplicate a function you already have?

Next time you have a software need, look online first and see if you can obtain a low- or no-cost application that provides the same service. Doubt the free application will perform as well as the high-priced software? Try it. You have nothing to lose and might just save some big bucks.

Installing free updates of Windows or OS X is also one of the best ways to keep yourself safer online without spending an extra dime.

What old technology are you still clinging to? And what new technology have you avoided, thinking it was a waste of money?Share yourinsights with us in comments or on our Facebook page.

Related: What your old VHS tapes are worth now

Save money (and space) by purging old technology from your life