OnlyOnAOL: Key & Peele will turn you into a cat lover. We promise. 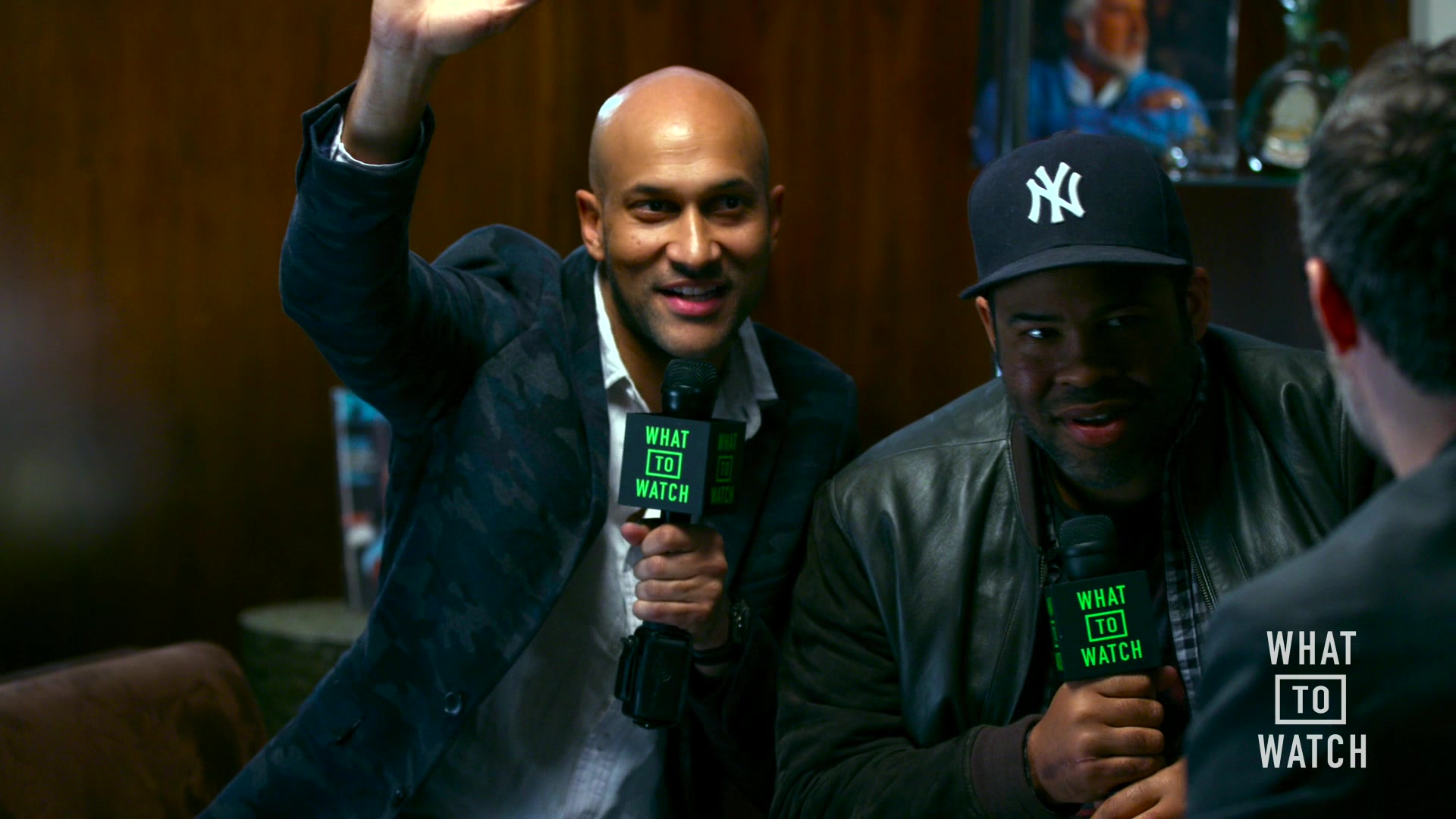 Their love for and appreciation of the action czar known to them as "Liam Neesons" is well known. But meet Keegan-Michael Key and Jordan Peele's newest beloved, the kitten named Keanu.

Keanu's back-story is complicated. He's an escapee from a bloody drug-dealer shootout, and winds up at the door of the newly-dumped Rell (Peele), who transfers his frustrated affections to the feline. Meanwhile, his straight-laced cousin Clarence (Peele) tries to connect with his edgy side, at the behest of his frustrated wife (Nia Long).

Oh, and lest we forget to mention this: Keanu goes missing. So Rell and Clarence embark on an epic quest to locate the cat in the comedy, opening Friday. The moral of the story, says Peele, "is that you would sacrifice life and limb for your pet."

Indeed, the duo, who became famous courtesy of their Comedy Central show (which tackled everything from Nazis to Gremlins), came up with the idea for "Keanu" through their TV work.

"It came from a type of scene we'd do on 'Key and Peele' where we're fish out of water. Keegan and I like to play characters similar to ourselves thrust into high-stakes genres. There's never been an action comedy with guys like us. We're softies and nerds. We avoid conflict in our general life like most of us do. We wanted to see what would happen when we'd put these guys into the world of 'New Jack City,'" says Peele. 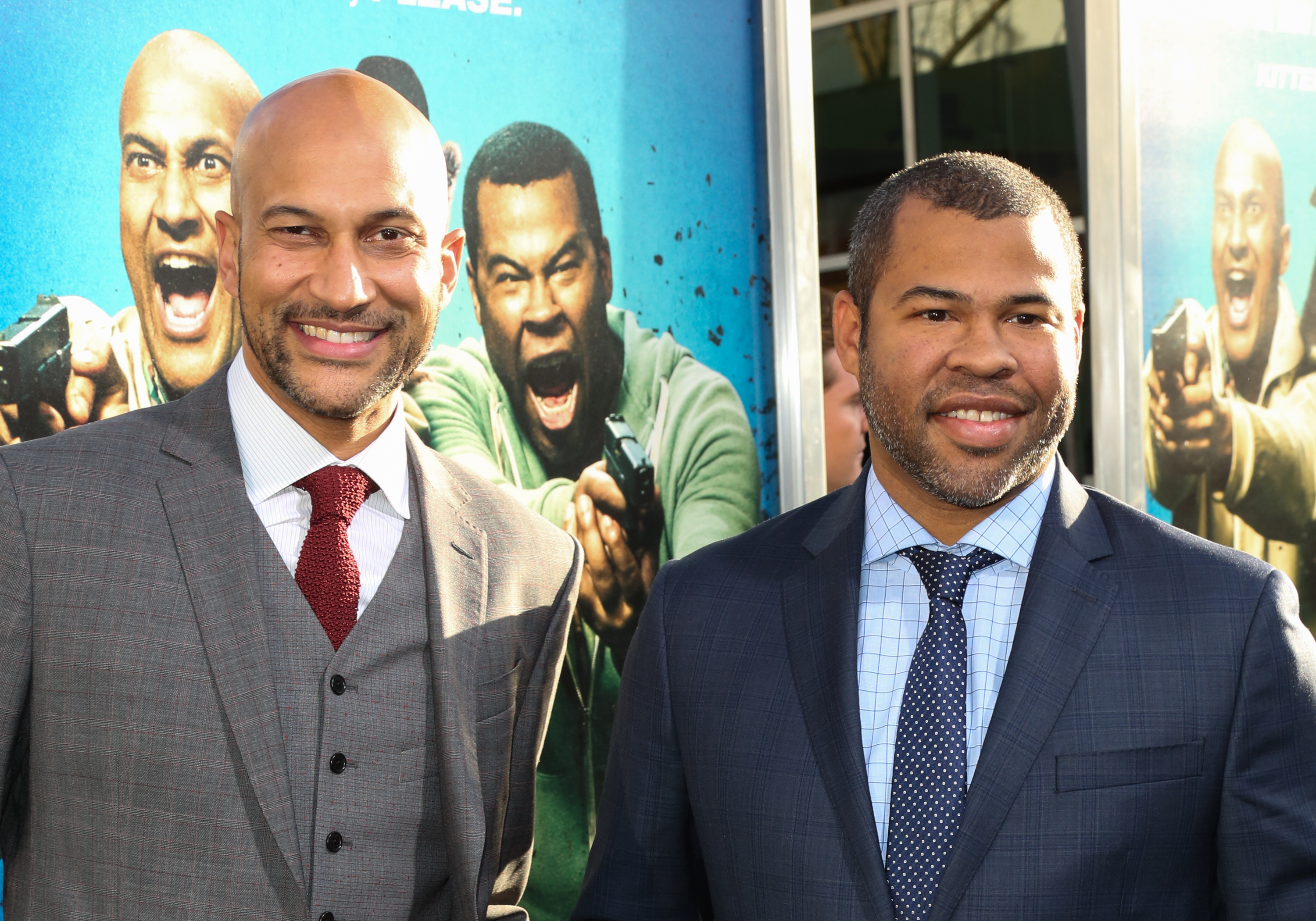 What that means: infiltrating a gang to rescue Keanu. Who, it must be said, is pretty irresistible. "They don't come much cuter than our kitten. Or rather the seven kittens we used in our movie. Dogs have cornered the market for quite some time. It's time for a cat. We'd never seen a cat movie before," says Key.

Admits Peele: "I'm a cat person who owns a dog. We have a problematic household. I would jump through flaming hoops for my dog."

The movie also features deeply emotional scenes of Key crooning with and grooving to George Michael, in particular the song 'Father Figure.' Getting the rights to the music wasn't a big deal.

"He was game. He's got a good sense of humor. It was perfect timing. His music and all four of the songs we used are right in everyone's mind. You forget how iconic the music was," says Peele.

Speaking of, the two roast the images of gangsters typically showcased in entertainment: tough, tattooed, and gun-toting. "It's about lampooning stereotypes by having two different parts of the black culture smash into each other. You get uncomfortable in the most delicious way. The kitten brings out the soft side. Keanu brings out the soft side," says Key. 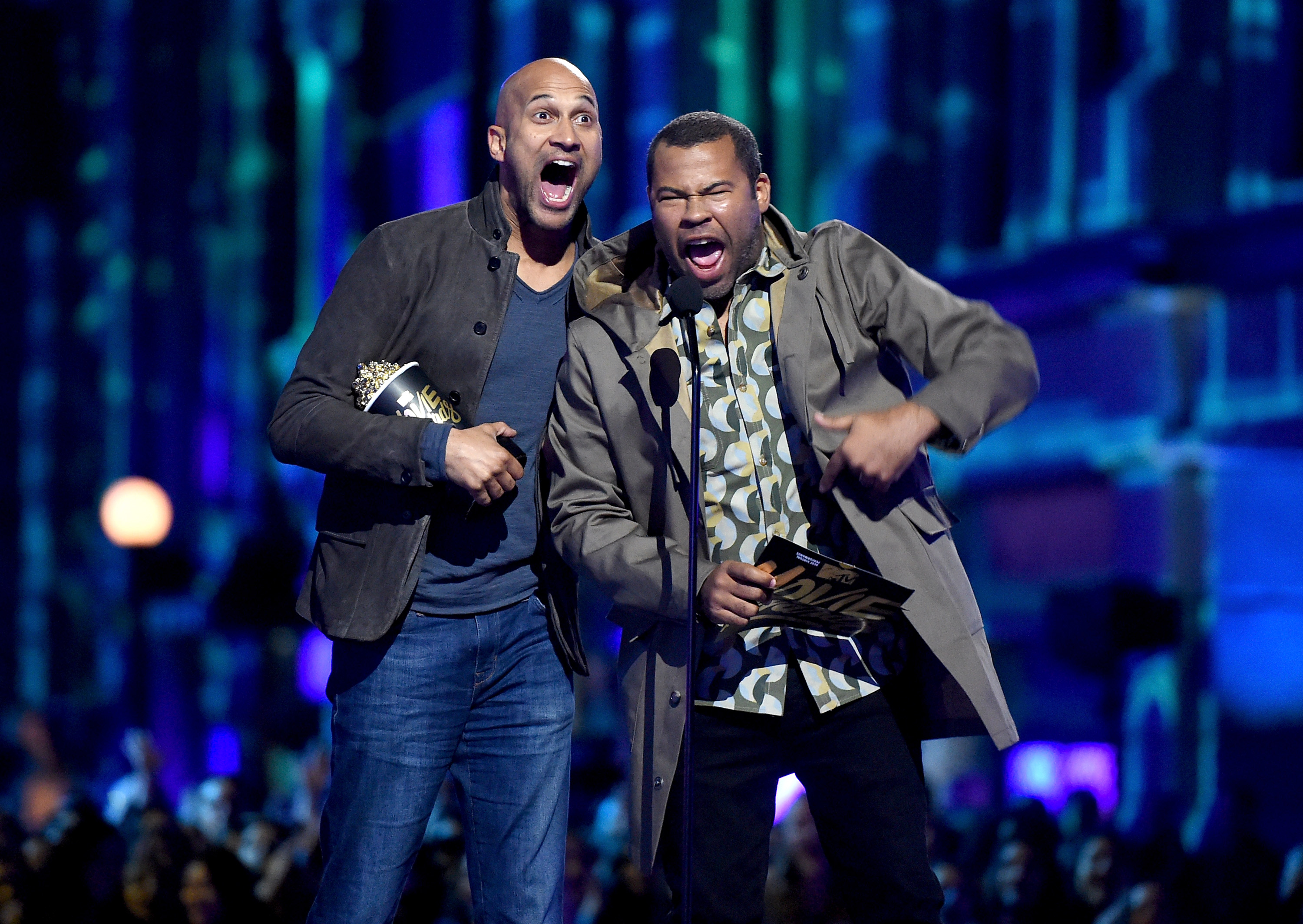 What's next for the duo? Maybe a film starring Neeson. One can dare to dream. "The next movie is about a baby elephant named Liam Neeson and his sidekick an iguana named Cher and a rooster named Madonna. We're not even in the movie. It's animal farm," says Peele.

The film closes with Keanu licking Peele's face. As any cat owner (including this one) knows, that's a tough thing to achieve. "It's an ancient secret from the Orient. You put cat food on your face. Cats' tongues are like sandpaper. They got rough little tongues, man," says Peele.

As for the specific technique involved, they'll save it for the sequel.