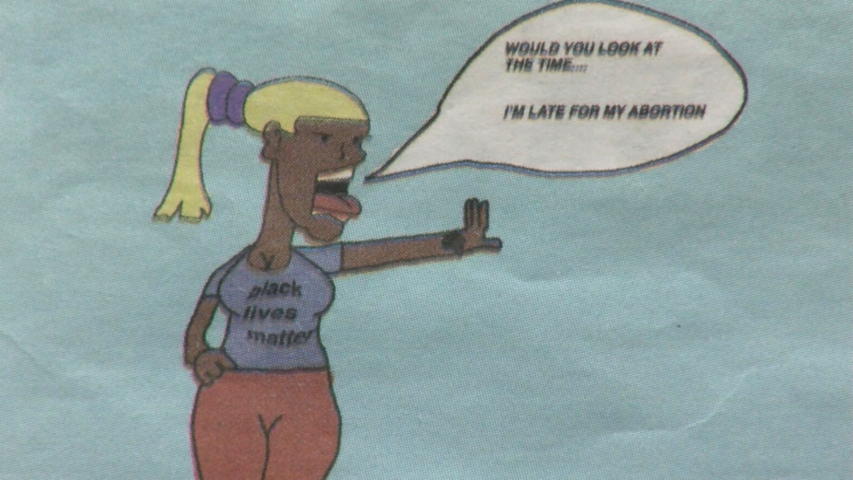 Students at Wesley College are upset after a series of racially-charged cartoons were published in the student newspaper.

The first photo has a black woman with a blonde ponytail, wearing a black lives matter shirt. This would be okay, if the conversation bubble didn't read, "Would you look at the time... I'm late for my abortion."

Yes... you read that right. The student newspaper published that image on Friday.

The second cartoon pictures a black man talking to a literal garden hoe saying, "I'm sorry ma'am, you just look like a hoe!

We have worked hard, especially black women, to defy and break down all of the stereotypes that were thrown at us. It is humiliating to know that we were dehumanized by a fellow African-American male. He essentially gave the white students a reason to disrespect and think less of us. That comic promotes hate speech.

Although the college sent an official letter claiming the images do not depict the views of the university, many students feel like the administration did not take the matter seriously.

RELATED: See one toy that was criticized for being racist: