Chihuahuas are being kidnapped for ransom in Europe 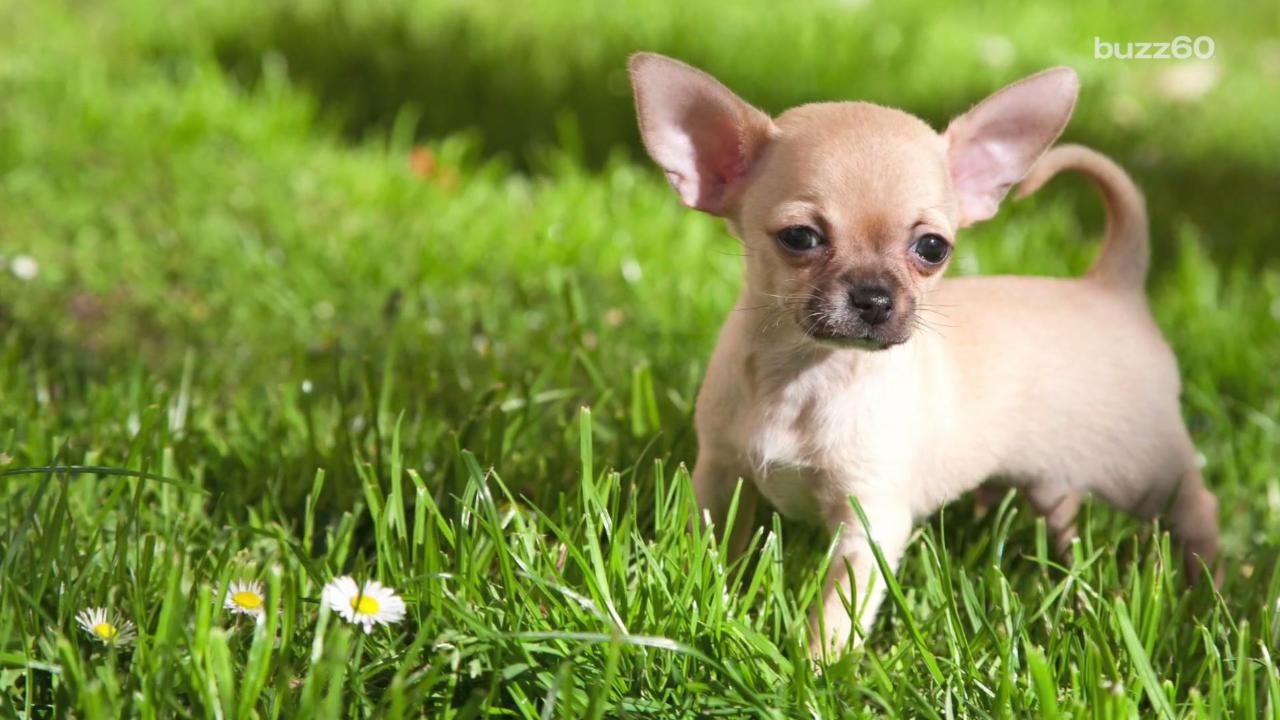 Dognapping is on the rise in Italy, and it's gotten so bad, dog owners have been advised to take extra care of their pups.

The epidemic began in 2014. Since then, more than 4,000 Chihuahuas have been taken. The most thefts have taken place in Rome, Florence, Milan, Parma, and Naples.

Italian officials have confirmed that Chihuahuas have been the main target, as the breed is extremely valuable.
The pooches are worth around $2,800 each, which makes them prime targets for being held for ransom.

The dogs, often deemed "toy dogs," have a unique size and look, which also make them valuable to breeders. This puts female dogs at an even higher threat.

Chihuahuas are being kidnapped for ransom in Europe
Just a lite sweater
I'm thankful for Turkey🍗🍖, unseasoned stuffing, mashed yum🍠 and kale salad #happythanksgiving 🍛🍴💗
My good side. 👅🐶
When you're in denial about what day it is 😧 #cantbemonday #butimcold #themfeels
Monday morning🐶✨おは〜*\(^o^)/* 今日はお休み？お仕事？ October 10th is Taiiku no hi, or Health-Sports Day, a national holiday. It was designated in 1966 to commemorate the opening day of the Tokyo Olympics held in 1964. According to meteorological data, this day is usually sunny every year, so it's when many people choose to hold athletic events. From the year 2000, the government changed this holiday to the second Monday of October so that people can have a long weekend. 今日は体育の日だね！ひと昔前は10月10日が体育の日で、国民の休日だったよね。これって、1964年に東京オリンピックの開会式が行われた10月10日を記念して、1966年から祝日に指定されたんだってー。この日の晴天率が統計を見ると大変高いらしく、運動会が日本中で開催されていたらしいよ。 でね、2000年度から、政府はこの祝日を連休が取れるように10月の第２月曜日に変更したってさ〜！ #まるはお出かけ #トコトコトコ #まる知識
a muddy monday trek!
Happy Monday everyone! #milomeetsworld
Raise your paw if you think Mondays should become a second Sunday.
🐸
Still looking for a raincoat that will protect his turkey legs. #TheSearchContinues #CorgiProblems
Oouf. Good grief man. Good grief.
I think I make a perfect turtle because of my shape and also how fast I move. What do you think? #petsmartmanny Make sure to enter @PetSmart 's #Halloween costume contest by posting to #MonsterCute on Twitter or Instagram. I will also personally be giving out a costume each week to one winner if you use #PetSmartManny .TWO ways to win!!!
Came home from a morning full of café working (well, lap naps for Dagger) to find an unexpected package at our front door. Our friends at @everlane surprised us with a beautiful new bag! Dagger is all smiles over this backpack. Thanks for thinking of us & brightening up our day! 🎒🎁😄
A treeing coonhound's dream come true
Woke up before dawn and warmed by the morning sun. We're headed to NYC for a few days before it gets too chilly to travel. Find Momo in real life in NY! 🗽
Up Next

In the past, dognappers went after breeds like Dalmatians, Labradors, and Yorkshire Terriers.

Now, owners are being advised to keep an extra close watch on their dogs, especially when in parks.

Fortunately, with pups as cute as these ones, it's not hard to keep your eyes on them all the time.

More from AOL.com:
The extreme lengths the 'Poor Boy' cast took to get into character
Film 'Between Us' holds a mirror to the parts of yourself you're too scared to see
"Relationship Status" star Milo Ventimiglia on the complexities of online dating