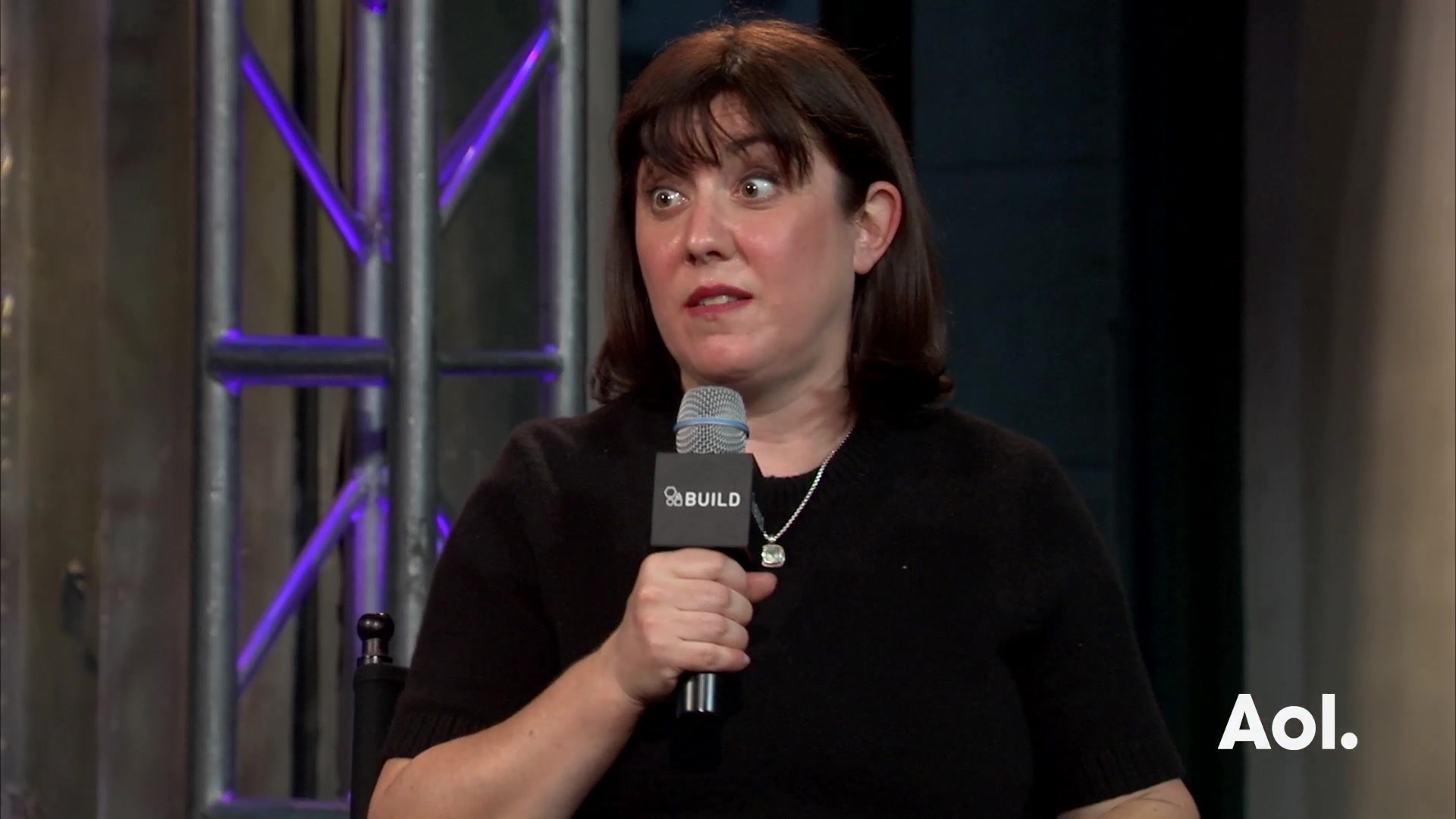 And this year, he's tending to the tresses of Rose Byrne and Dakota Johnson. (See our interview with Johnson, Alison Brie and Leslie Mann above). He's done Bundchen a half-dozen times, because "we have personal relationships with certain actresses and models. Karlie Kloss joked that she's putting me on hold for 2017."

Taking place the first Monday in May, the Met Gala sports insane celebrity-wattage as stars of all stripes head to the Metropolitan Museum. But it's also edgy and cool, with the theme this year being Manus x machina: fashion in an age of technology. "It's got a fashion background so the dresses are usually a little more special," says Josh. "The space is elevated. It's a time to push it if you want to push it, in the sense of being adventurous. This gives you a license to be creative. You won't be ripped to shreds because it's fashion."

How seriously do people take the Met Ball? Let Harry Josh tell you:


Gisele Bundchen at the 'The Model as Muse: Embodying Fashion' gala in 2009. 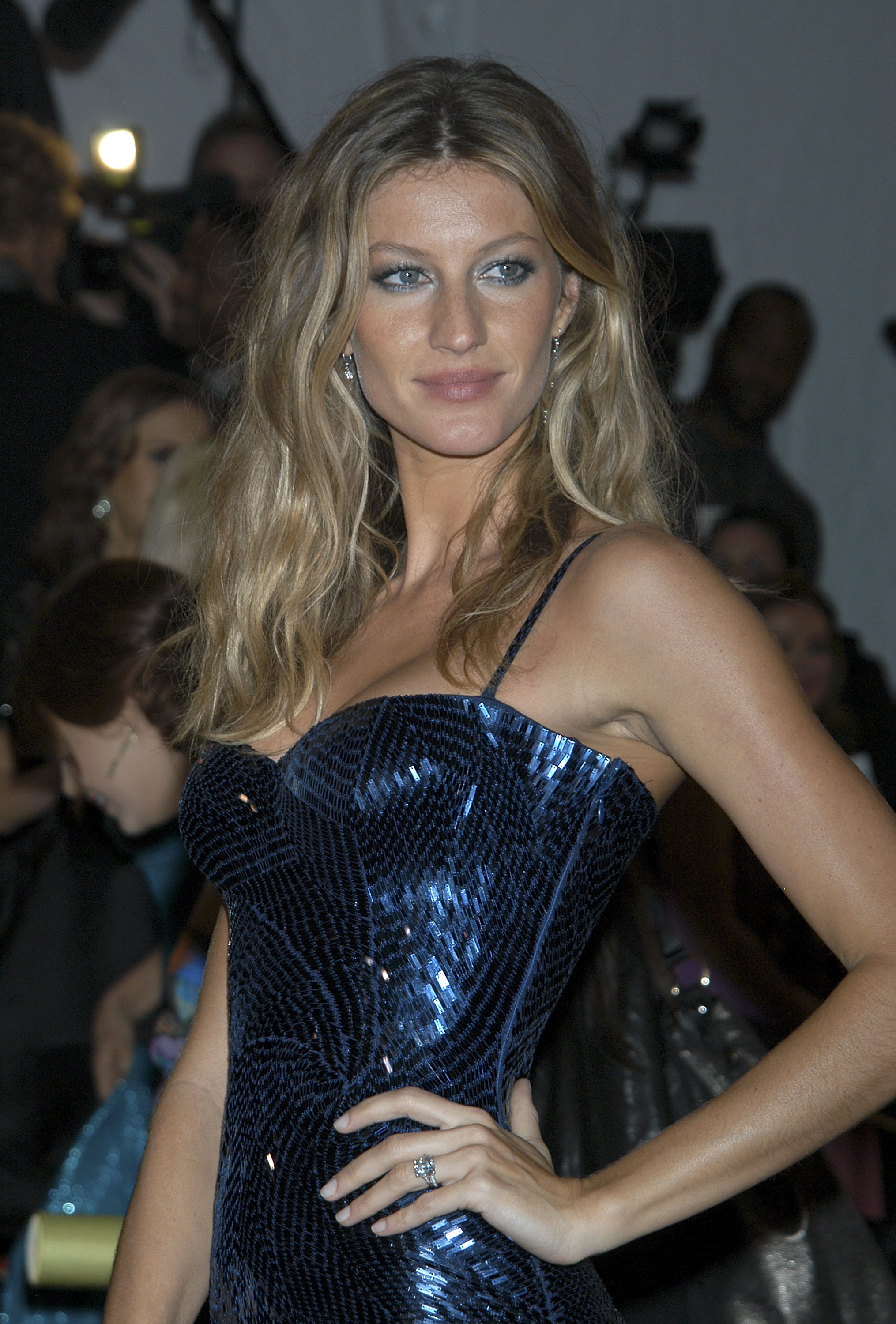 Meaning, the fashion police aren't as harsh on this night of nights. "You can go there and not expect too much backlash. People wear couture and crazy headdresses," says Josh.

In the car on ur way up to @fallontonight so excited for @gisele launching her book a 20 year retrospective career. So glad to have been a part of it. 100% of her proceeds are going to education and environmental causes in Brazil. #giselesbook ❤️❤️

Still, he admits, "It's a very intimidating event, more than the Oscars. The fashion crowd is an intimidating bunch of people. They have an air to them. You are hand-selected to come to this event. It's not the warmest, fuzziest crowd to be around."

Rose Byrne and Bobby Cannavale at the 'China: Through The Looking Glass' gala in 2015. 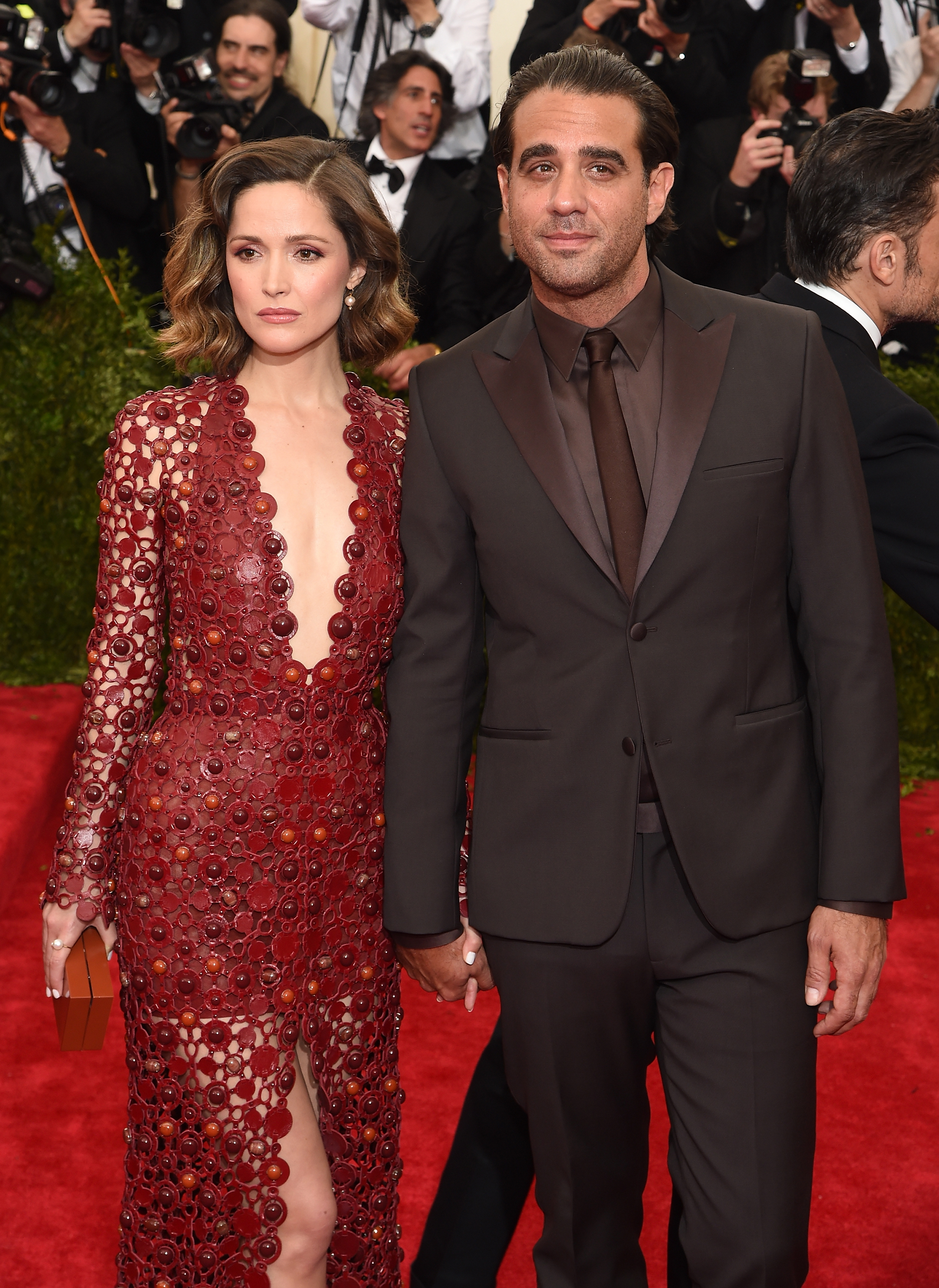 For Josh, the calls to book him come fast and furious -- and very early. "We go based on who calls first and based on my loyalty to someone. It's about relationships with my girls," he says.

Designers invite celebrities to attend as their dates, so their hair and makeup is much more aligned with the vision of the fashion house than at the Oscars or Globes.

"You see sketches of the dresses that float between the stylist and the design team. You have to hear the designer's idea on hair and makeup. You can go with that or do your own thing. You don't want to do a Mohawk for someone at the Calvin Klein table. That's not their brand," says Josh.


Gisele Bundchen and Tom Brady at the 'Alexander McQueen: Savage Beauty' gala in 2011. 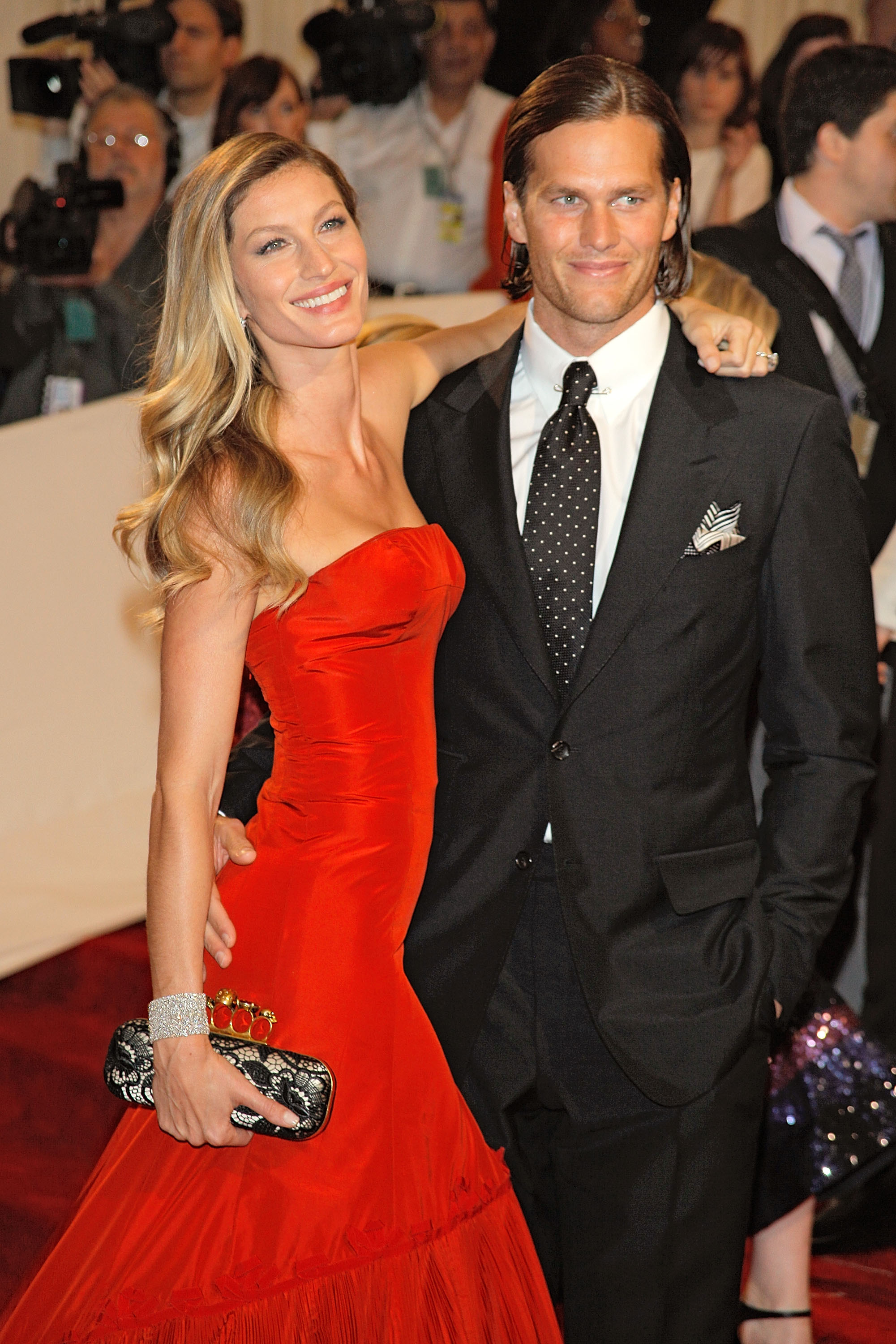 He starts early. "It's a long night, so it needs to last and not be touched up,' says Josh.

Usually, he shows up three hours prior to departure.

"That's enough time for makeup, hair, manicure and anything to troubleshoot. There's so much riding on this. We want to be able to troubleshoot. The only bummer is, during awards shows, we can race home and watch the red carpet and see our work come to life. There's none of that for the Met Ball. You wait for the pictures to show up," he says.


Christy Turlington at the 'Poiret: King of Fashion' gala in 2007. 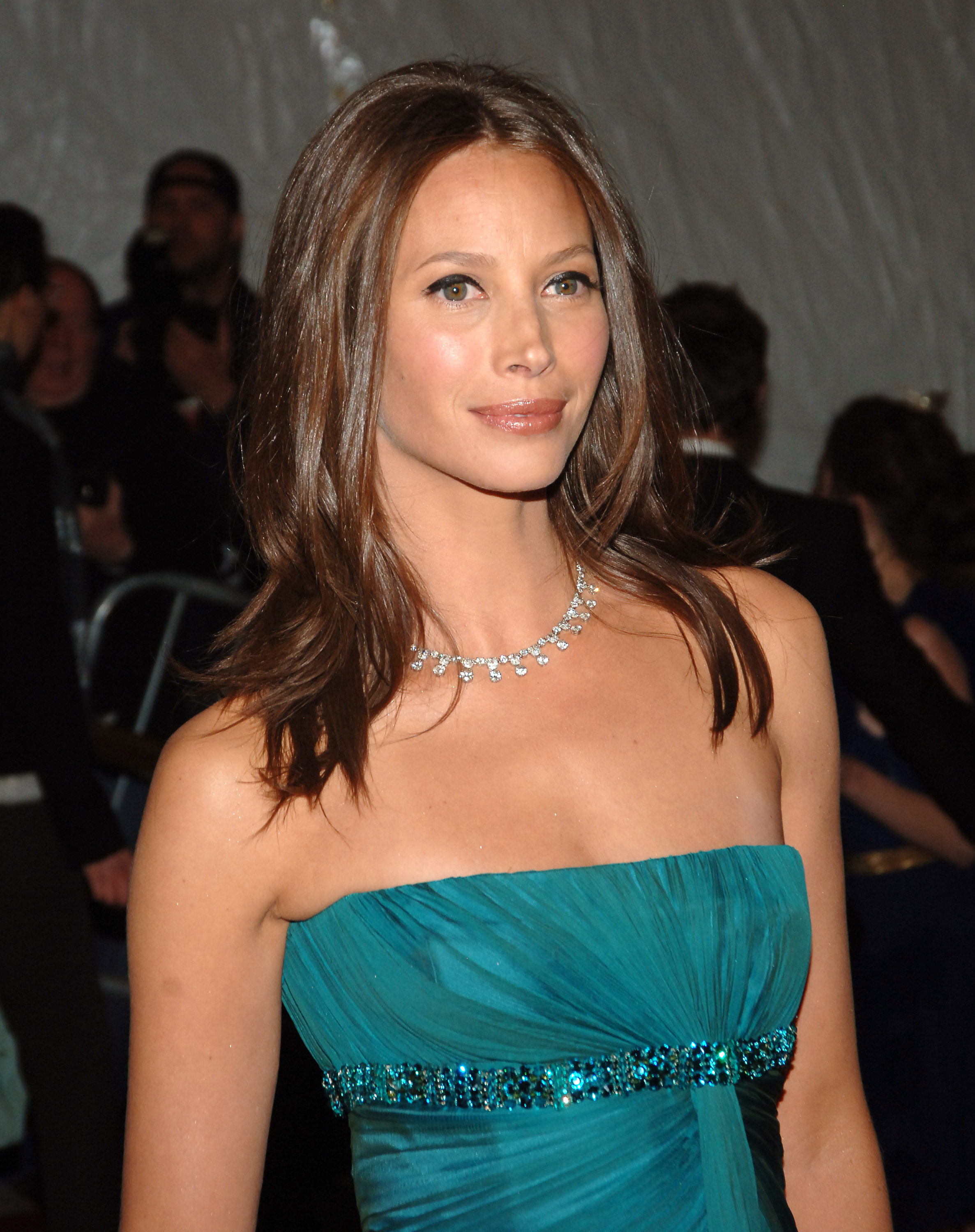 Take a gander at past Met red carpets.

Is Carrie Bradshaw in the building? Sarah Jessica Parker literally brought a fiery and fashionable touch to the 2015 Met Gala's theme of Chinese fashion and hit the red carpet with a statement-making headpiece and an off-the-shoulder black dress. The paneling on her dress appeared to pay homage to Chinese tapestries while her headpiece nearly resembled a parade dragon's intricate topper.

She's all about gold! Anne Hathaway looked like liquid gold in a slinky gown complete with a hood. She polished off the wild style with a matching clutch. Do you like the look?

Jennifer Lawrence went for a mod yet simple dress with small flowers and simple cutouts. The silhouette hugged her famous figure and looked beautiful paired with her bright pink lip color.  (Photo by Larry Busacca/Getty Images)
Stylish couple Amal Clooney and George Clooney looked classy and chic in their ball attire. Amal, who is a fashion fixture lately, selected a red dress with loads of layers. (Photo by Jamie McCarthy/FilmMagic)

Style darling Hailee Steinfeld kept it simple and sophisticated in a red silk gown with a structured neckline and ball gown bottom. She paired her pretty gown with gold bangles and a matching clutch.  Photo by Larry Busacca/Getty Images)

Selena Gomez went for a simple yet chic white Vera Wang gown with small cutouts and a fetching, floral headpiece. The "Come & Get It" singer posed with Wang on the red carpet.

Entrepreneur Ivanka Trump looked more radiant than ever in a strapless blue and white gown complete with a long train. We also love her incredible earrings.

"Memoirs of a Geisha" star Gong Li caught every photographer's eye in a burgundy, velvet gown with lace sleeves and a traditional high Chinese neckline. She offset the dark colored dress with a set of emerald earrings. (Photo by Larry Busacca/Getty Images)

He's a dapper dude! "The Fault In Our Stars" hunk Ansel Elgort slicked back his hair and tossed on a classic tuxedo for his night out in New York City. (Photo by Larry Busacca/Getty Images)
Surprise! Katie Holmes showed off a new hairdo as she geared up for the Met Ball with her date, designer Zac Posen. The 36-year-old actress paid tribute to Chinese constellations in a starry dress, which matched her designer pal's blue tuxedo.. (Photo by Dimitrios Kambouris/Getty Images)
Justin Bieber made sure to keep to the theme of the evening in a gold-embellished suit jacket. (Photo by Larry Busacca/Getty Images)

Longtime lovebirds Joshua Jackson and Diane Kruger looked like such a happy couple! Jackson looked handsome in a navy and black tuxedo, while Kruger opted for a strapless jumpsuit, which she teamed with a floral headpiece and a heart-shaped clutch.

Alicia Keys looked ready for the fun night ahead! The songstress rocked a two-piece look complete with a tulle skirt and structured navy blazer.

Style star Sienna Miller showed off her risky taste in a fringed two-piece suit with black tassels. We love the fun look.  (Photo by Larry Busacca/Getty Images)
"The Masters of Sex" star Lizzy Caplan put her best foot forward in a blush-hued, asymmetrical Donna Karan Atelier dress, embellished with gold beading and embroidery. She completed her look with gold tassel earrings and a pearl clutch.   (Photo by Larry Busacca/Getty Images)

We have to give credit to Dwyane Wade who took a style risk with a flash of red underneath his tux, which gave him a regal look. However his wife, Gabrielle Union, stole all the attention in a cranberry-colored gown.

Elizabeth Banks certainly stood out in an azure blue dress with cutouts. The daring gown showed off her incredible physique.  (Photo by Larry Busacca/Getty Images)
On-again couple Andre Balazs and Uma Thurman looked every inch the star pair at the gala. Thurman was breathtaking in a white gown and green tassel earrings. (Photo by Dimitrios Kambouris/Getty Images)
Does Sofia Vergara ever look bad? The "Hot Pursuit" star selected a blush pink, strapless gown with a long train and embellishments along the bodice. (Photo by Jamie McCarthy/FilmMagic)
Julianne Moore opted for a simple black dress and deep lipstick. (Photo by Dimitrios Kambouris/Getty Images)
Wow, you're tan Kristen Wiig! We're not sure if it was just her pretty yellow one-shoulder dress or her blonde haircut, but Wiig looked like she was glowing on the red carpet.  (Photo by Larry Busacca/Getty Images)

"Scandal" star Kerry Washington was the pink of perfection in a voluminous dress, which she paired with a set of green silk shoes and a matching green clutch.

Mary-Kate and Ashley Olsen donned their favorite color for their night on the town -- black.

Kris Jenner showed off her edgier side in a red, draped gown which she paired with a gold belt and fierce gold-tipped shoes. Do you like the Kardashian matriarch's look? (Photo by Larry Busacca/Getty Images)

White-soled shoes were hot for several A-list gents at this year's Met Gala. Larry David struck a pose in a black tuxedo, which he finished off with some fashion-forward footwear.

Vanessa Hudgens didn't go too wild and crazy with her simple tea-length dress, embellished with black gems. Despite the fact that she didn't take a big risk, we like the cute style on her. (Photo by Kevin Mazur/WireImage)

White hot! Amanda Seyfried showed off her slim figure in a halter-style gown with embellishments and an interesting cutout in the front.  (Photo by Larry Busacca/Getty Images)

Keri Russell looked stunning and fierce in a peacock-inspired gown embellished with feathers. The dress, which featured a plunging neckline and a thigh-high slit, fit the petite star perfectly. She polished off her look with deep blue eye makeup.

Fashion designer Kenneth Cole went for a high-low look with a tuxedo jacket, white shirt and bowtie, and a set of offbeat dress shoes. The mix of color contrasts made him stand out this year.

Socialite Poppy Delevingne stayed true to her namesake and donned a bright red dress with a deep V-neck adorned with poppies. She pulled her hair up in a striking updo and went for a dramatic smoky eye to round out her beautiful look.

Why so serious? Actresses Brie Larson, Courtney Eaton and Annabelle Wallis looked flawless in their embroidered full-length dresses. They left the attention on their dresses by opting for swept back updos.

What a picture-perfect couple! David Burtka and his hubby Neil Patrick Harris looked absolutely dapper in their black-and-white tuxedos complete with matching bowties and cumberbunds!

It's no surprise that Andre Leon Talley, Vogue's editor-at-large, brought out all the stops! He looked absolutely fierce in a sleek black suit topped with a bright red shawl.

(Photo by Andrew Toth/Getty Images for The Mark Hotel)

Courtney Eaton looked positively regal in a gold gown with a fitted bodice and a full skirt. (Photo by Dimitrios Kambouris/Getty Images)

Andy Cohen looked dapper in a tuxedo, which he teamed with a simple poppy. (Photo by Dimitrios Kambouris/Getty Images)