Man discovers heartbreaking note in bottle washed up on beach 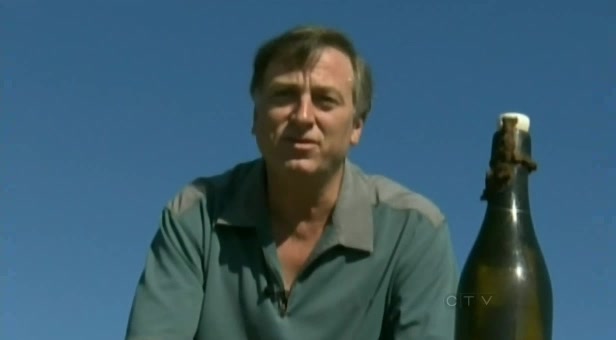 Steve Mershon made an unexpectedly poignant discovery on the beach last week.

The 54-year-old Indialantic, Florida man was enjoying a lovely morning near his seaside home when he discovered the seaside treasure of all seaside treasures — a message in a bottle.

The message was a heartbreaking note from a fifth-grader named Jonathon to his best friend, Daniel, who according to the note, had recently passed away.

"I'm really sorry that you pass away," the note reads. "And if you were alive me and you will be playing football, soccer and basketball with Mathew, Oscar and Brandon.

"You were my best friend," it continues, "and our favorite song was [Disney Channel star] Austin Moon and I hope you fun [sic] with Jesus."

Mershon was so moved by the note that he posted a response to Jonathon on Facebook. "Jonathan, your bottle, with your letter to your best friend, is the most beautiful thing I have ever found," he wrote.

Man discovers heartbreaking note in bottle washed up on beach

More from Mashable:
11 creative ways to use a water bottle instead of recycling it
Women to dominate new £5 and £10 bank notes in Scotland
Samsung Galaxy Note 6 could have curved screen and huge battery